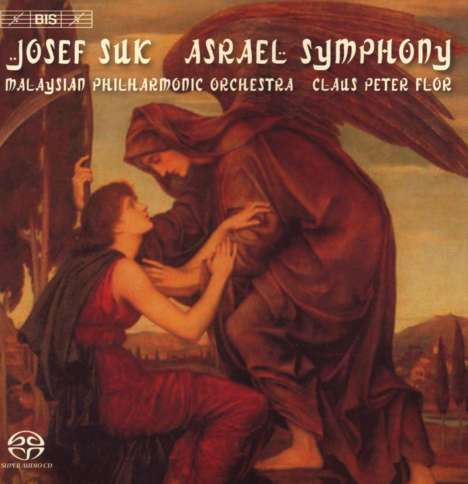 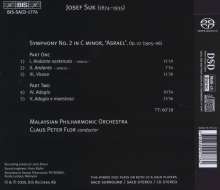 lieferbar innerhalb 1-2 Wochen
(soweit verfügbar beim Lieferanten)
EUR 19,99*
Versandkosten
Josef Suk began writing his Asrael Symphony in 1904 as a memorial to his revered teacher Antonin Dvorak, who had recently died. He had completed the first three movements when, in 1905, his young wife Otylka – the daughter of Dvorak – also passed away. Devastated, the composer turned the work into a requiem for the two, completing it in 1906. He gave it the subtitle ‘Asrael‘, the angel of death, who in the Islamic faith leads the souls of the departed to paradise. The five movements of this hour-long symphony are all connected by a network of thematic relationships, the most important of which is a ‘death motif’, with a characteristic double tritone. Filled by instances of harmonic and polyphonic flair, virtuosic instrumentation and an unbounded expressivity, the work approaches Mahler, Debussy and Strauss and was a milestone in the thirty-year-old composer’s creative development. Performing the symphony is the Malaysian Philharmonic Orchestra, conducted by its current music director Claus Peter Flor who appears for the first time on the BIS label. The orchestra, however, has recorded a number of discs under its former music director Kees Bakels. These include a four-part series of the music of Rimsky-Korsakov, discs which received a warm welcome with special commendations to the orchestra: ‘This is ruthless music when it comes to revealing a lack of discipline and technique within an orchestra, and the Malaysian Philharmonic once again passes the tests with ease’ wrote the reviewer in Fanfare, while the website Classics Today France reported that ‘Bakels and his musicians … have absolutely everything: a generosity of sound, panache and punch, the ability to create images in sound, lyricism …’. Needless to say, these are all qualities which are displayed to the full in the present recording of Suk’s electrifying symphony.