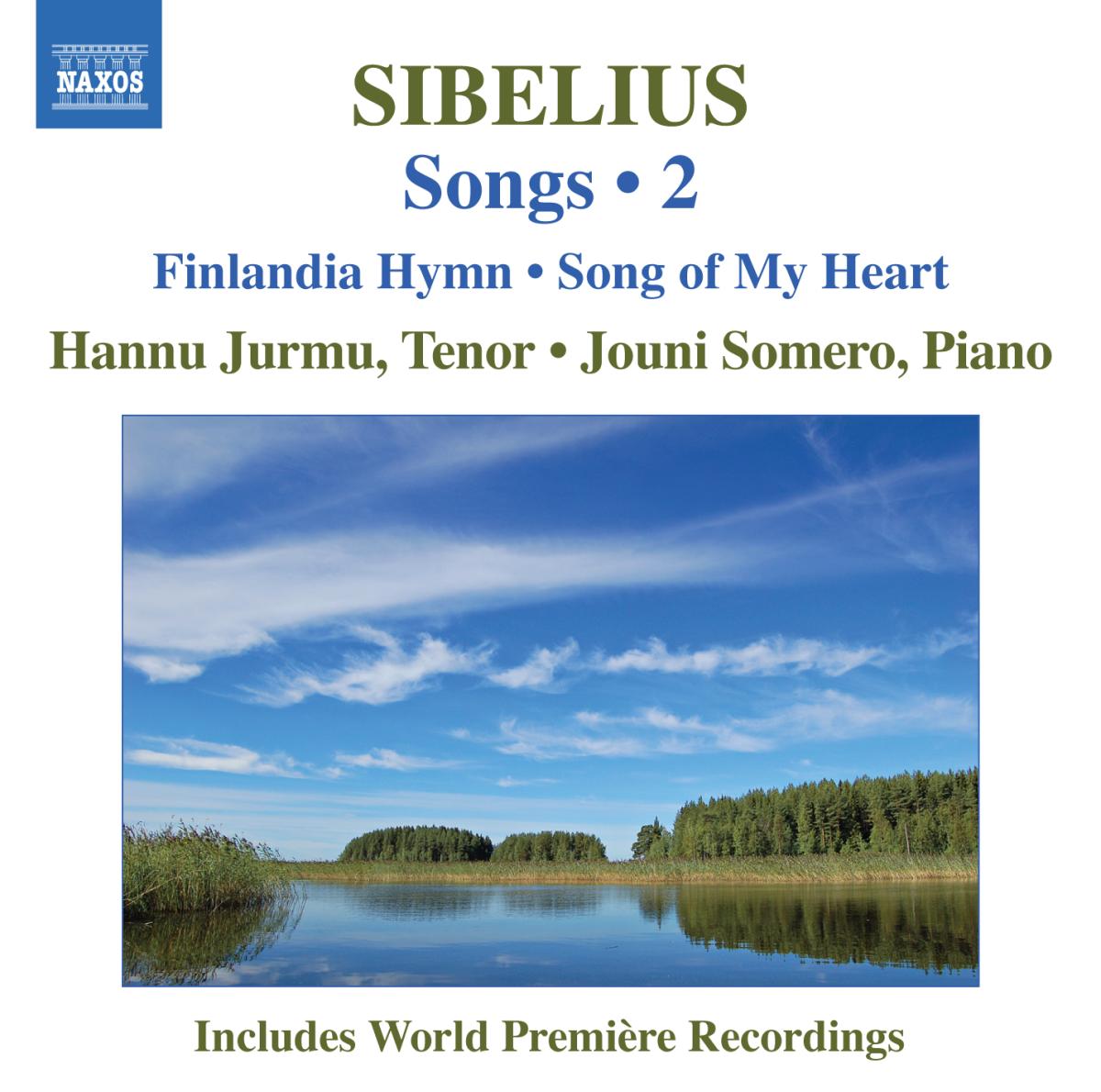 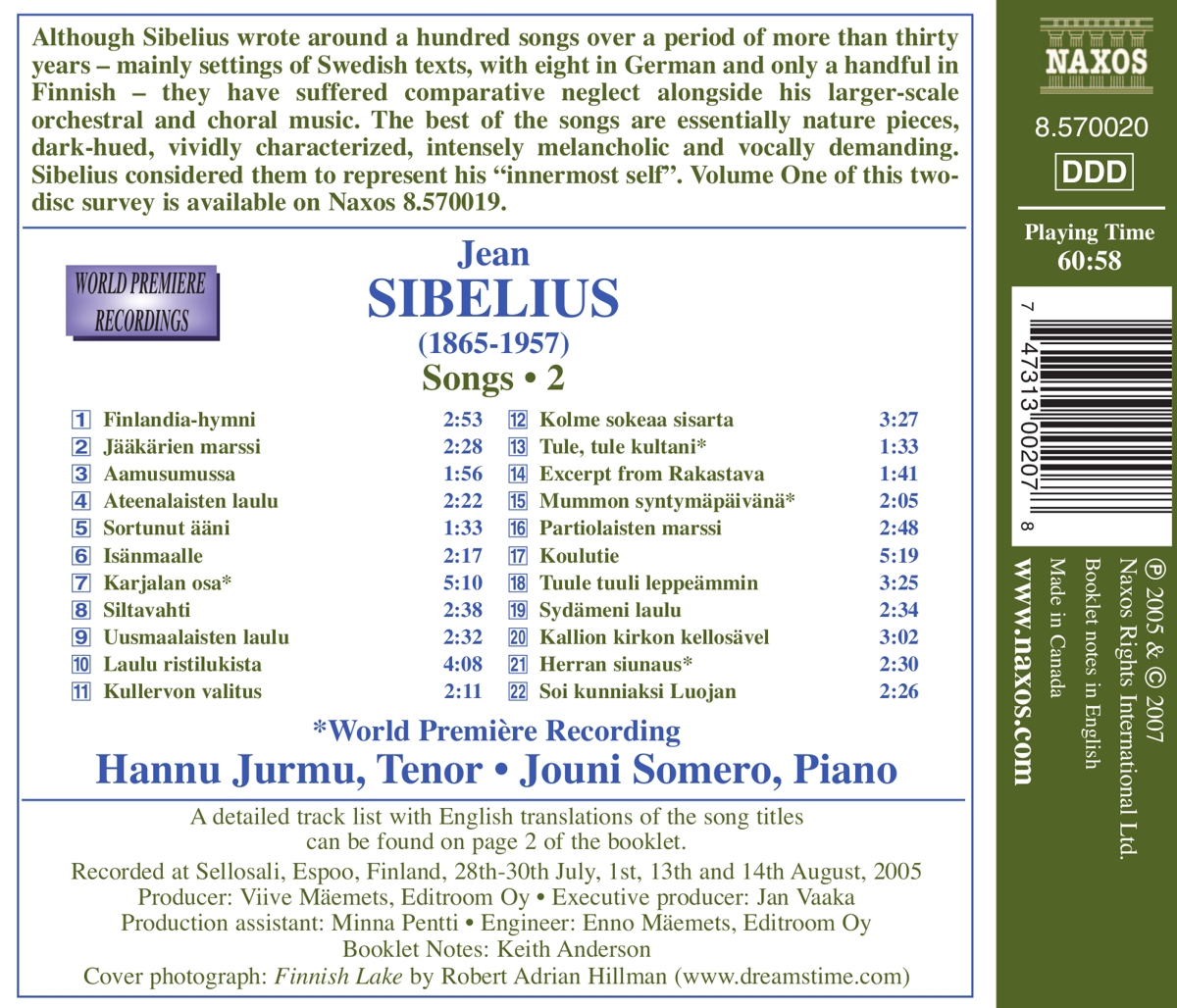 Bewertung:
umgehend lieferbar, Bestand beim Lieferanten vorhanden
EUR 9,99*
Versandkosten
Although Sibelius wrote around a hundred songs over a period of more than thirty years - mainly settings of Swedish texts, with eight in German and only a handful in Finnish - they have suffered comparative neglect alongside his larger-scale orchestral and choral music. The best of the songs are essentially nature pieces, dark-hued, vividly characterized, intensely melancholic and vocally demanding. Sibelius considered them to represent his "innermost self". Volume One of this two-disc survey is available on Naxos 8.570019."