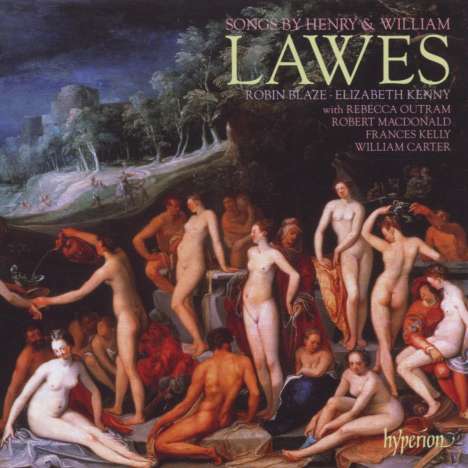 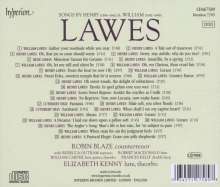 In early seventeenth-century England you couldn’t move for nymphs and shepherds. The brothers Henry and William Lawes, when not frequenting some local tavern, gave voice to every manner of Arcadian excess. Charles Burney did not approve, remarking that Henry’s music was ‘insipid for its simplicity’. Tastes change. Even Civil War and William’s death at the siege of Chester saw Henry (in his Pastoral Elegie to the memory of my deare Brother) exhorting ‘jolly shepherds’ to cease ‘their layes’. Our guides into this world of escape—where fishing is the antidote to world-weariness—are Robin Blaze and Liz Kenny, acknowledged masters of the field.

'This is a valuable anthology, carefully conceived and lovingly executed …Robin Blaze is heard mostly at his considerable best … The true foil to Blaze's eloquence is Kenny's sensitive and fluent lute' (Gramophone)

'This delicious survey gives a fair idea of the brothers' range, extending from William Lawes' simple Gather ye Rosebuds to Henry's limpid Sweet Echo … Suavely and sensually performed by Blaze and Kenny … the disc offers an exquisite image of a little-understood era' (Independent on Sunday)

'On this engaging tour of the melancholy but colourful world of the Lawes brothers we are conducted by alto Robin Blaze and lutenist Elizabeth Kenny, both at the height of their powers. Blaze soars with ease throughout the alto range while Kenny's sympathetic accompanimnet is a model of its kind' (Early Music Forum of Scotland News)