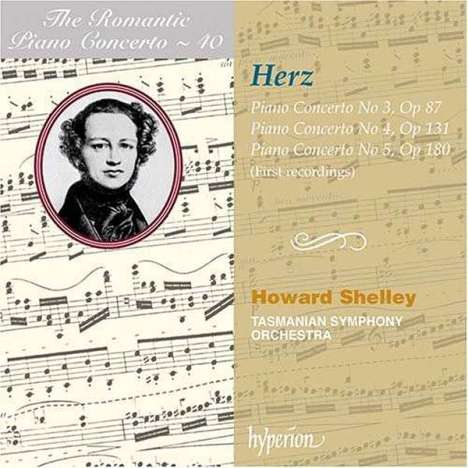 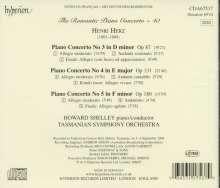 Hyperion’s record of the month for April is the much-anticipated second instalment of Howard Shelley’s premiere recordings of Henri Herz’s piano concertos. Herz never tried to be a ‘great’ artist, though he was often judged against such criteria; he was an entertainer. Of course the concerto lends itself perfectly to this role and his eight concertos are full of charm, almost operatic melody and scintillating virtuosity. Needless to say Howard Shelley, who has made such exceptional recordings of the concertos of Hummel and Moscheles, is just the man for the job. If we can accept that music need not be profound to be enjoyed we should join the international music press in welcoming this revival of these works, the pop music of their time.

'Here, magnificently performed and recorded, is music to set heads nodding and feet tapping, the epitome of art which scorns profundity and elevates pianistic acrobatics to a high and elegant plane' (Gramophone)

'There's tremendous pleasure to be had from the music's sheer charm...and even more from its outbursts of exuberance. Unless you're on a strict musical diet that allows no dessert, this release, like its predecessor, will lift your spirits' (Fanfare, USA)

'Shelley has so much surplus energy that he can lift these entertaining works up to a level where they are so much more than just audible. They are at times even touching and beautiful' (Pianist Magazine)

'As on the previous release, Howard Shelley is both soloist and director. It would be hard to think of a more persuasive advocate. His passagework, however technically demanding the music, is always crystalline, and the sound is consistently warm and brilliant' (International Record Review)