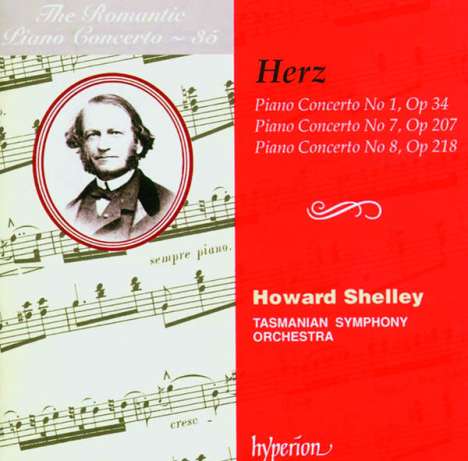 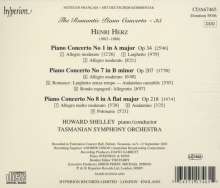 Hyperion’s Record of the Month for June sees the thirty-fifth release in our award-winning Romantic Piano Concerto series, and three première recordings of concertos by Henri Herz. Over the years Herz has had a very bad press, a situation begun through the writings of Robert Schumann and continued ever since, yet in his day – and this was primarily in the early part of his life – his music outsold all rivals, and his tours, particularly as the first major pianist to visit the USA, brought him huge success. This dichotomy is easily explained: Herz never tried to be a ‘great’ artist, though he was often judged against such criteria; he was an entertainer. Of course the concerto lends itself perfectly to this role and his eight concertos are full of charm, almost operatic melody and scintillating virtuosity, their model is Hummel, though in the later works Herz put less emphasis on virtuosity and more on lyricism. If we can accept that music need not be profound to be enjoyed we should welcome this revival of these works, the pop music of their time. Needless to say Howard Shelley, who has made such exceptional recordings of the concertos of Hummel and Moscheles, is just the man for the job. He will follow up this recording with a second disc of Herz next year.

'Shelley and the Tasmanians are persuasive advocates for these three piano concertos: this is charming, tuneful music, deftly orchestrated by a man who obviously knew his Chopin, Rossini and, in the nocturne-like slow movements, John Field' (The Sunday Times)

'Shelley makes even the most plainspun of phrases sound like long-lost treasure being discovered anew. First-rate accompaniment and resplendent sonics round out an unexpected delight' (Classic FM Magazine)

'There are few more dextrous or musicianly pianists then Shelley … and I am more than grateful for an artist who, like Herz himself, can make you think 'that a bird had escaped from his fingers and went undulating and singing through the air' (The New York Times in 1946)' (Gramophone)