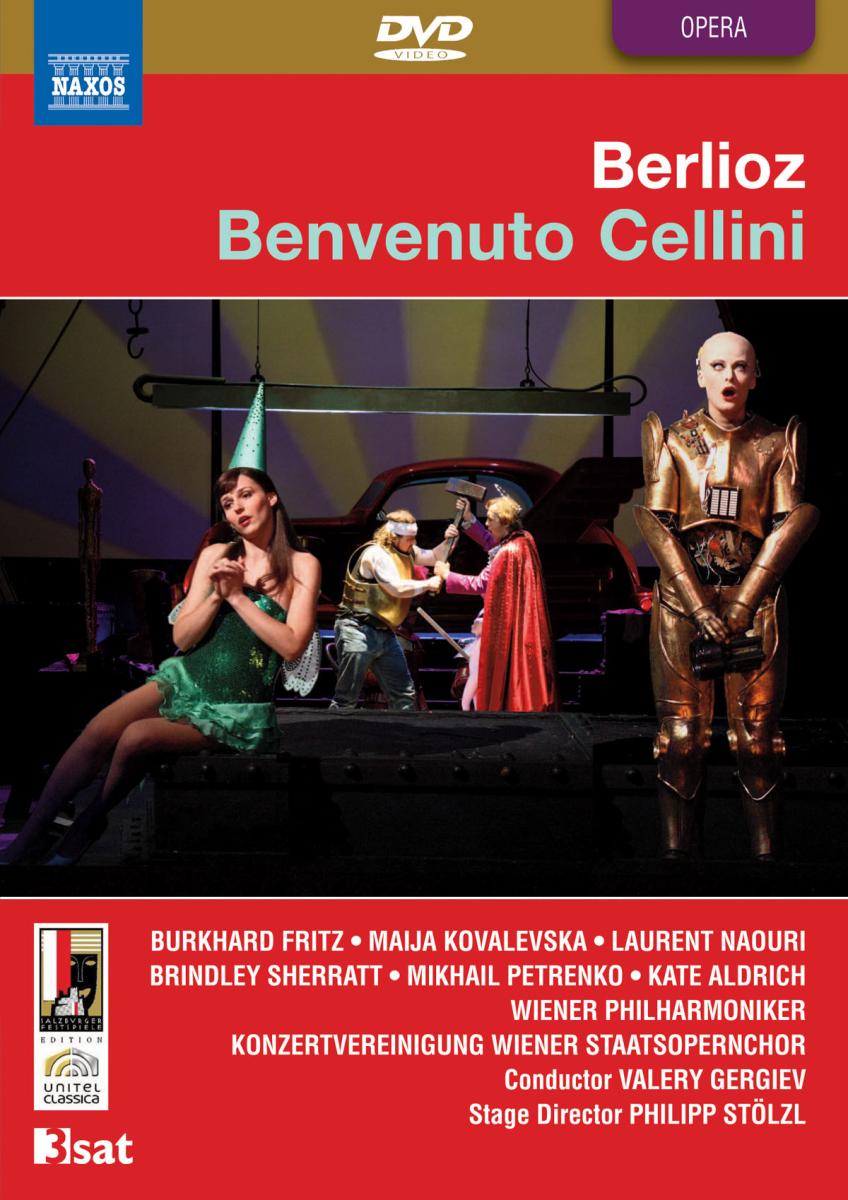 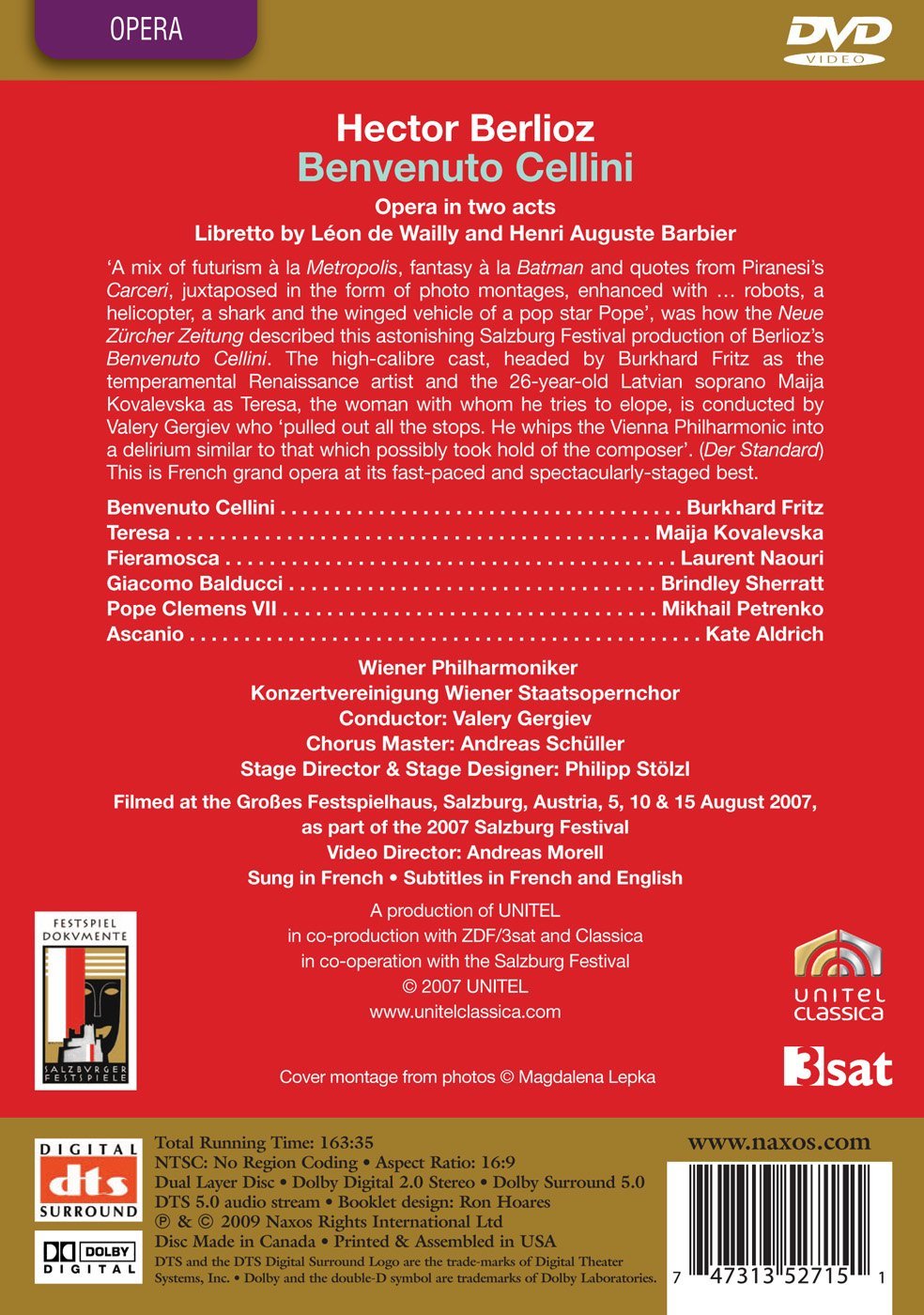 'A mix of futurism à la Metropolis, fantasy à la Batman and quotes from Piranesi's Carceri, juxtaposed in the form of photo montages, enhanced with...robots, a helicopter, a shark and the winged vehicle of a pop star Pope', was how the Neue Zürcher Zeitung described this astonishing Salzburg Festival production of Berlioz's Benvenuto Cellini. The high-calibre cast, headed by Burkhard Fritz as the temperamental Renaissance artist and the 26-year-old Latvian soprano Maija Kovalevska as Teresa, the woman with whom he tries to elope, is conducted by Valery Gergiev who 'pulled out all the stops. He whips the Vienna Philharmonic into a delirium similar to that which possibly took hold of the composer'. (Der Standard) This is French grand opera at its fast-paced and spectacularly-staged best.