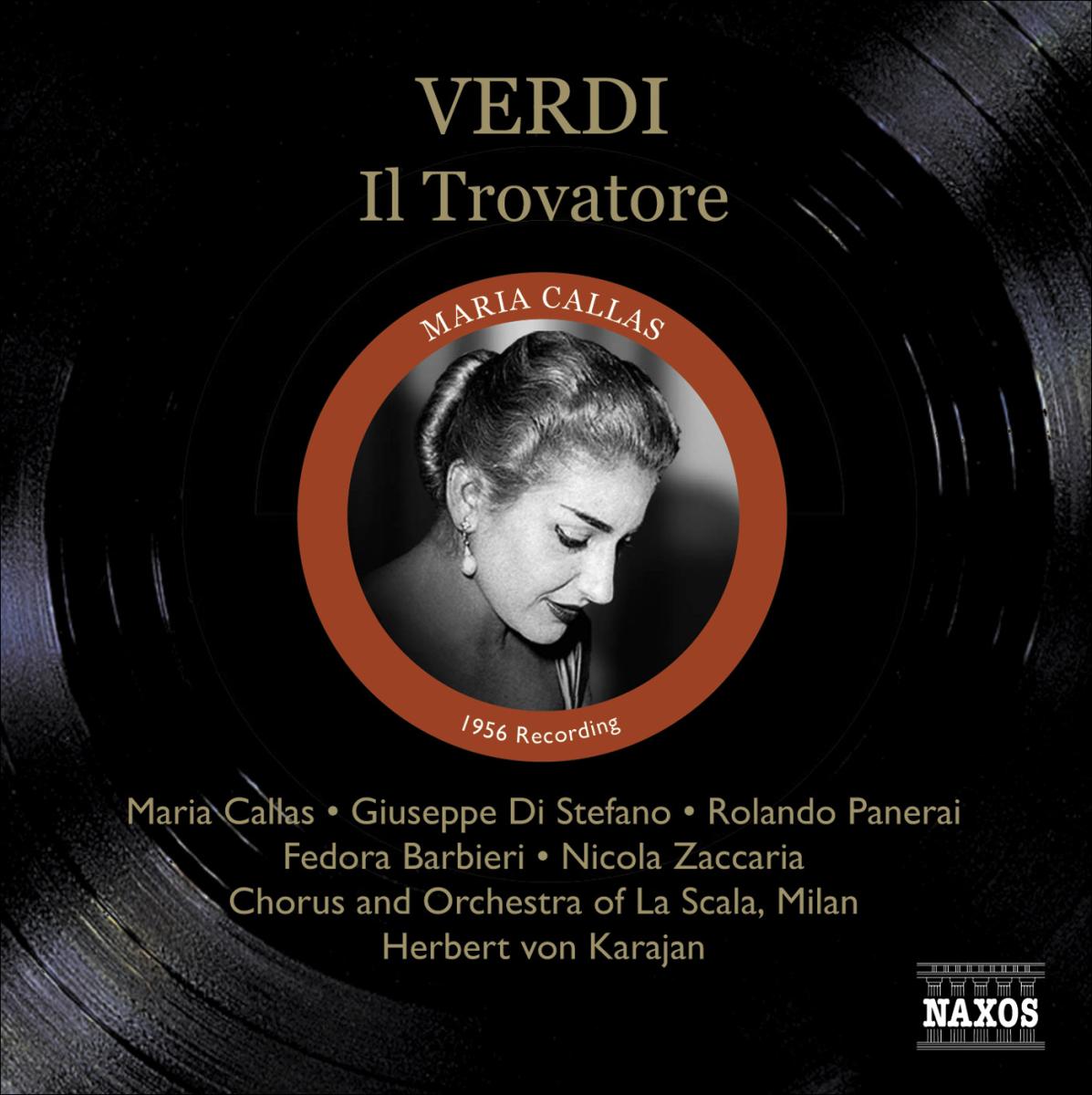 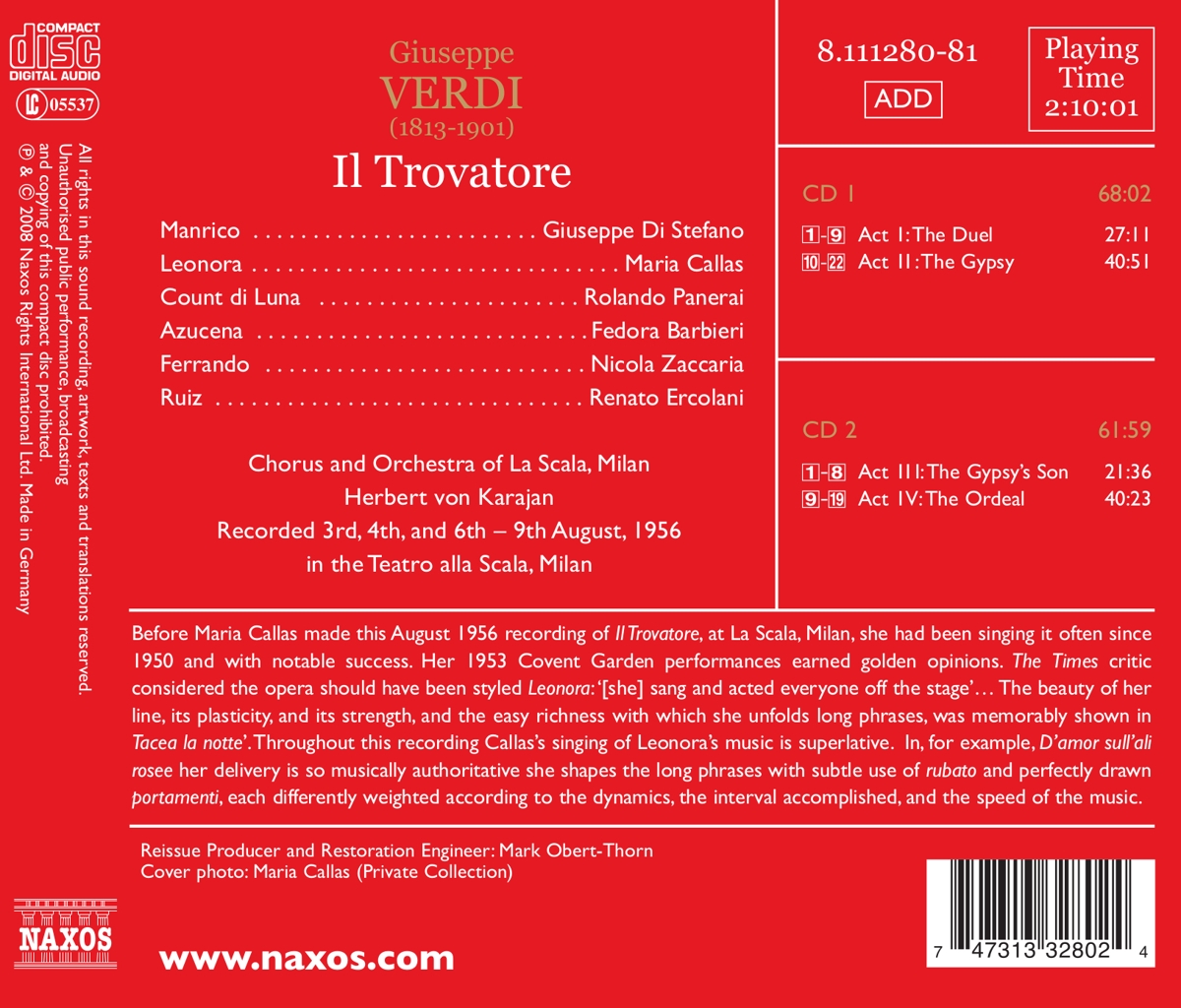 Before Maria Callas made this August 1956 recording of Il Trovatore, at La Scala, Milan, she had been singing it often since 1950 and with notable success. Her 1953 Covent Garden performances earned golden opinions. The Times critic considered the opera should have been styled Leonora:'[she] sang and acted everyone off the stage'... The beauty of her line, its plasticity, and its strength, and the easy richness with which she unfolds long phrases, was memorably shown in Tacea la notte'.Throughout this recording Callas's singing of Leonora's music is superlative. In, for example, D'amor sull'ali rosee her delivery is so musically authoritative she shapes the long phrases with subtle use of rubato and perfectly drawn portamenti, each differently weighted according to the dynamics, the interval accomplished, and the speed of the music.