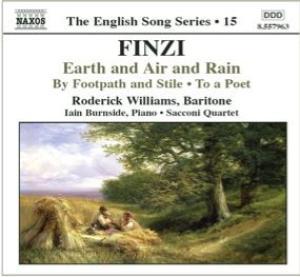 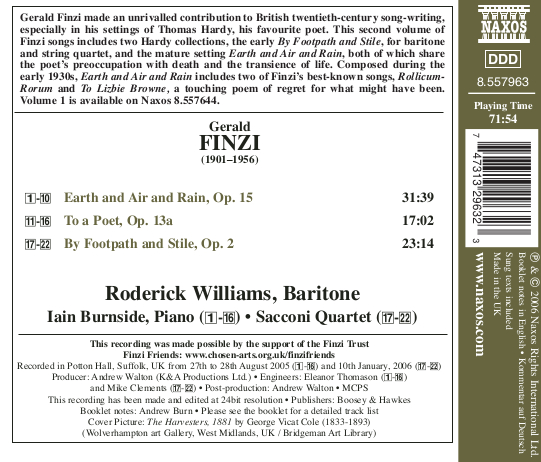 Bewertung:
umgehend lieferbar, Bestand beim Lieferanten vorhanden
EUR 9,99*
Versandkosten
Gerald Finzi made an unrivalled contribution to British twentieth-century song-writing, especially in his settings of Thomas Hardy, his favourite poet. This second volume of Finzi songs includes two Hardy collections, the early By Footpath and Stile, for baritone and string quartet, and the mature setting Earth and Air and Rain, both of which share the poet's preoccupation with death and the transience of life. Composed during the early 1930s, Earth and Air and Rain includes two of Finzi's best-known songs, Rollicum- Rorum and To Lizbie Browne, a touching poem of regret for what might have been. Volume 1 is available on Naxos 8.557644.