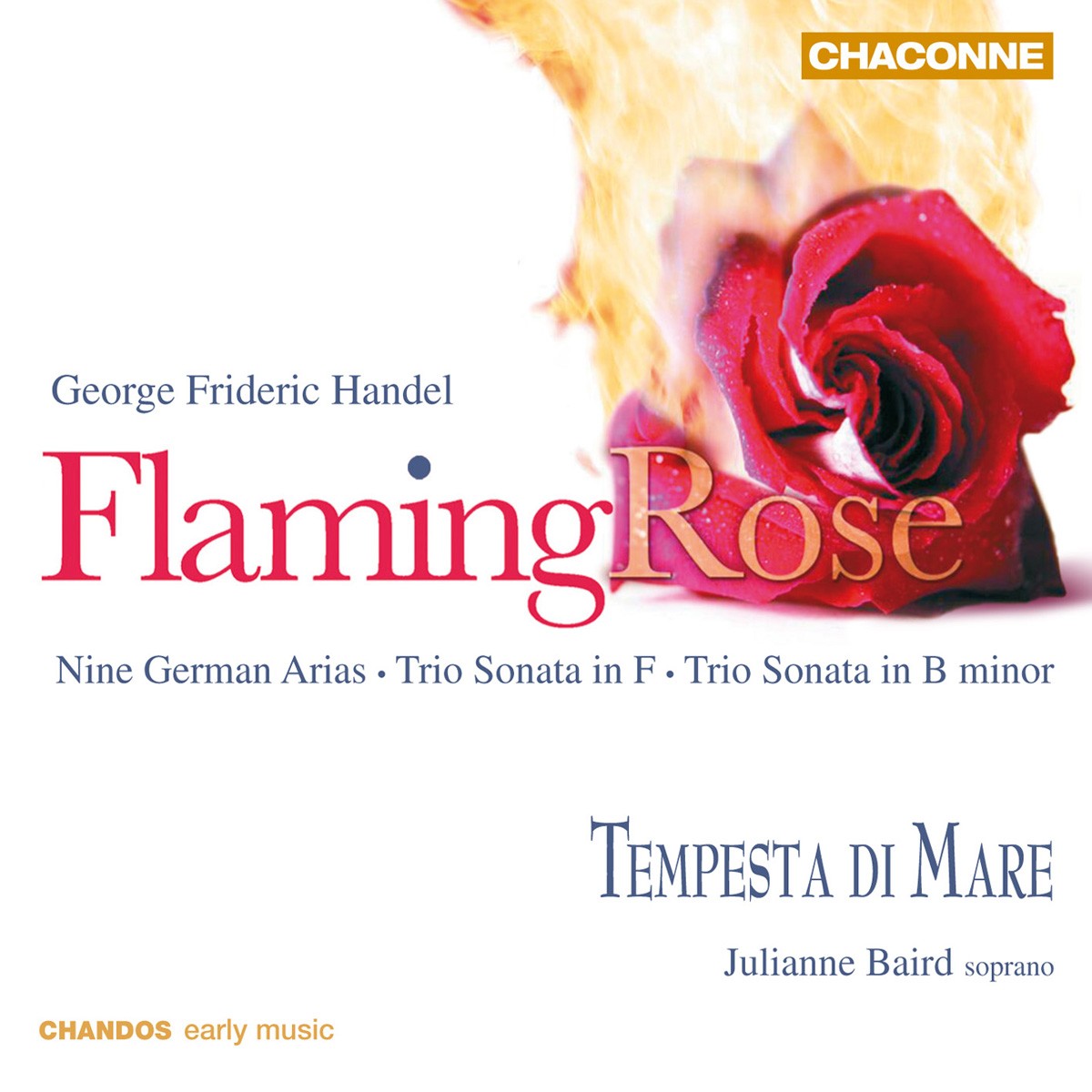 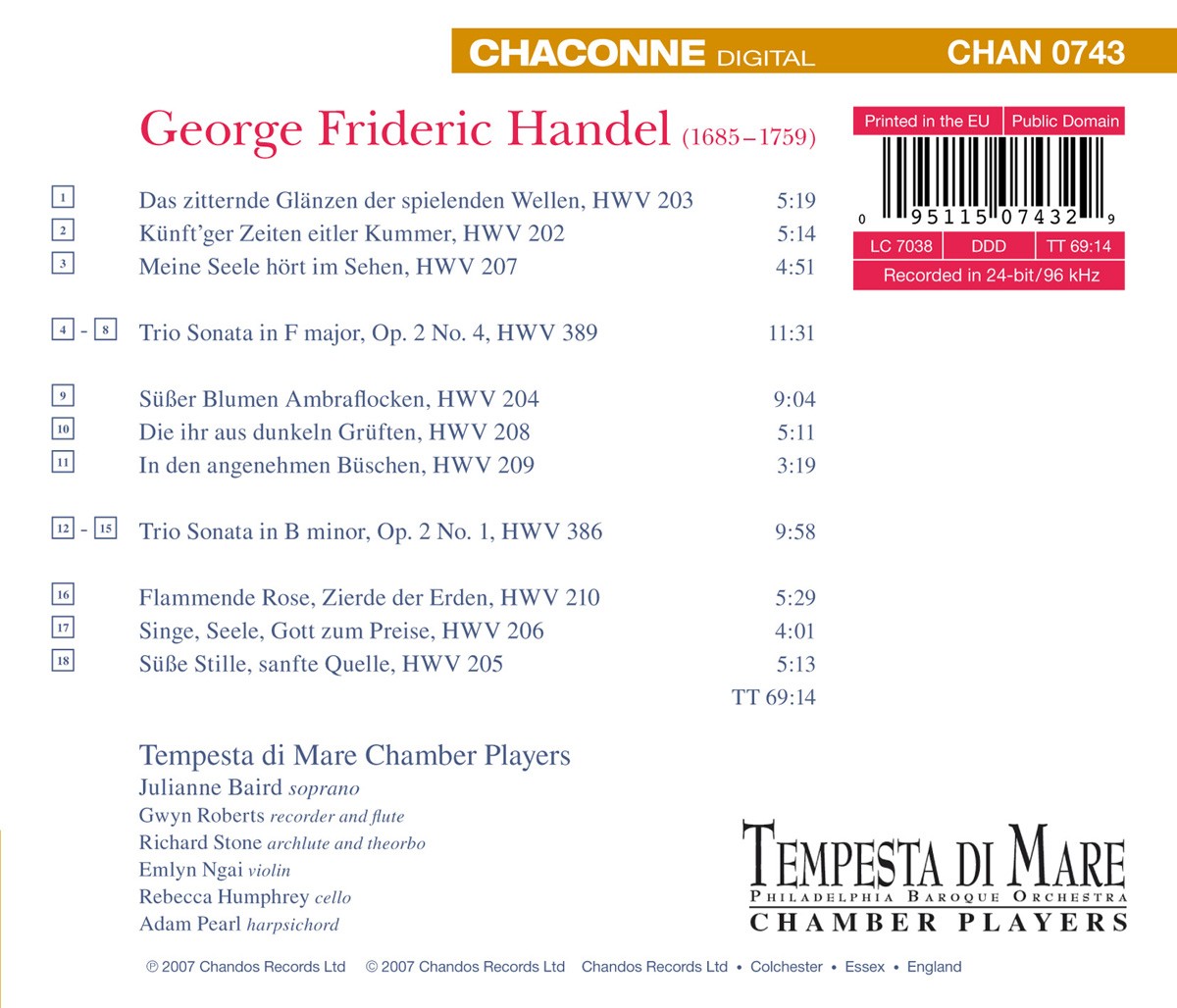 The profound and evocative German arias of Handel are performed here in a fascinating new recording by the chamber ensemble Tempesta di Mare and the soprano Julianne Baird, hailed as ‘one of the most extraordinary voices in the service of early music that this generation has produced. She possesses a natural musicianship which engenders singing of supreme expressive beauty’.

The collection loosely named Nine German Arias was written in the 1720s to popular verses by Barthold Brockes. The overall title of this disc, Flaming Rose, is a direct English translation of the title of the ninth of the arias, rightfully suggesting a distillation of the subject of Brockes’s poems, Irdisches Vergnügen in Gott, which urge us to see evidence of the divine in the stunning beauty of nature. The German arias stand apart among Handel’s vocal music, for they are very personal pieces, not just in the contemplative nature of their words but also in their musical intimacy, requiring a level of interactivity between the performers that is rarely found in vocal music of this period.

Through these arias the listener glimpses Handel in one of his few creative outings with his native language, and they form what comes closest to a song cycle by him.

As an extra bonus the disc features two of Handel’s Op. 2 trio sonatas for flute, violin and continuo which share a contrapuntal sensibility with the arias; vocal and instrumental works create a mutually illuminating effect.

Forming a unique CD programme, these rarely recorded works, performed by Baird and Tempesta di Mare, allow the listener to hear Handel at his best.

…Handelians will want to hear this Handel specialist in repertoire that suits her vocally to perfection…. Her instrumental backing, the Tempesta di Mare Chamber players… are accompanists of the highest order and get their opportunity to shine in two of the magnificent Op. 2 Trio Sonatas… The singing and playing in this well-conceived combination of vocal and instrumental chamber music makes this one of the most individual Handel discs for many a month and as such it can be heartily recommended. International Record Review

Baird sings with a more delicate timbre… the singing isn exquisitely stylish, as is the playing of tempesta di Mare, who shine in the F major and B minor trio sonatas. Sunday Times – Classical CD of the week.