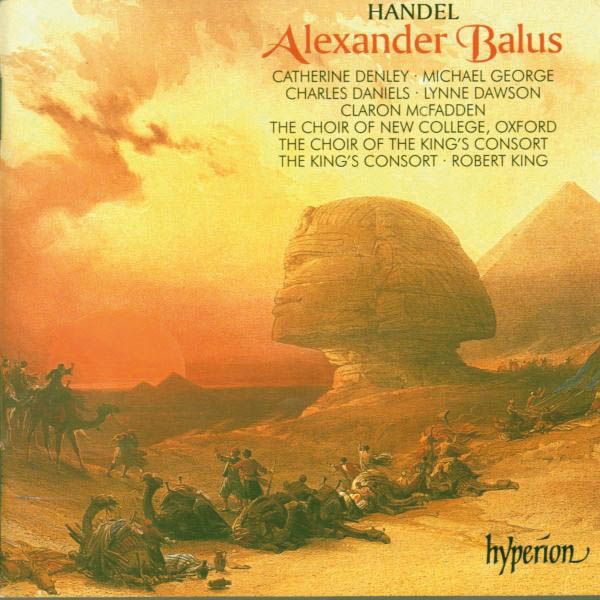 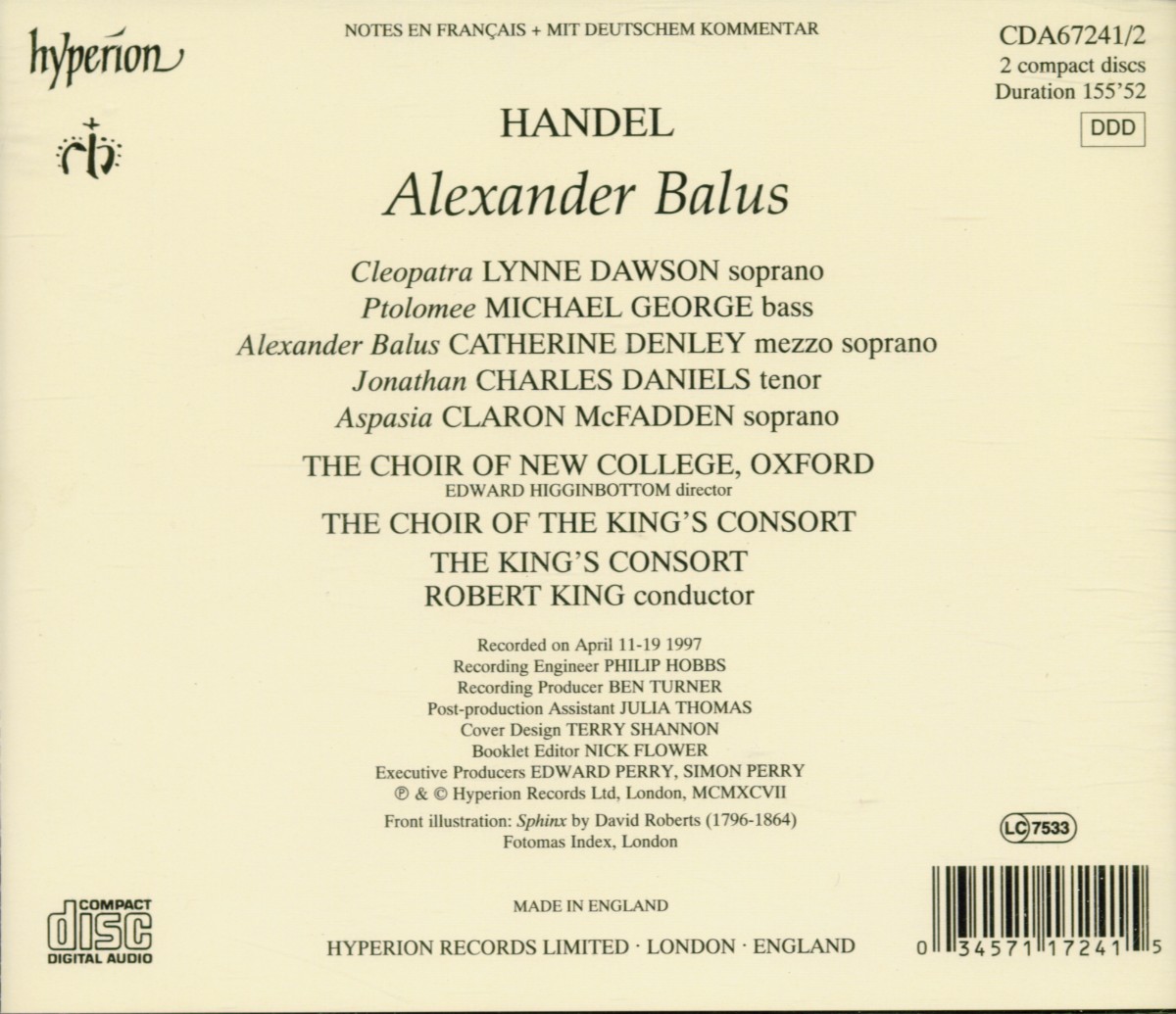 Alexander Balus brings to completion The King's Consort's series of Handel's four 'military' oratorios (the other three being Judas Maccabaeus, The Occasional Oratorio, and Joshua).

The story is a somewhat embellished retelling of chapters 10 and 11 from the first book of the Apocryphal Maccabees and involves complicated intrigues between the Jews, Syrians and Egyptians in the second century BC. To cut a long story short, Alexander Balus, King of Syria, is eventually defeated in battle by Ptolomee of Egypt and then killed by an Arab; but Ptolomee himself dies just three days later allowing Jonathan, the Chief of the Jews, to remind us of the fate of those who do not believe in the One God.

Musically, Handel is at his very best in this piece. Much of the composition occurred simultaneously with that for Joshua and there is, typically, a small amount of material recycled from earlier works. The Third Act, where Cleopatra is not only told (maliciously) by her father that her beloved Alexander has been faithless, but is also then informed of his death, sees some extraordinary aria-writing, at times reminiscent of 'Dido's Lament'.

'This is a landmark in recording history ... Self-recommending, I think' (The Sunday Times)

'All Handelians will want this set' (Gramophone)

'A winner … one of those experiences where you know almost from the first chord that an enjoyable and rewarding evening lies ahead of you. The cast is on top form' (Early Music)