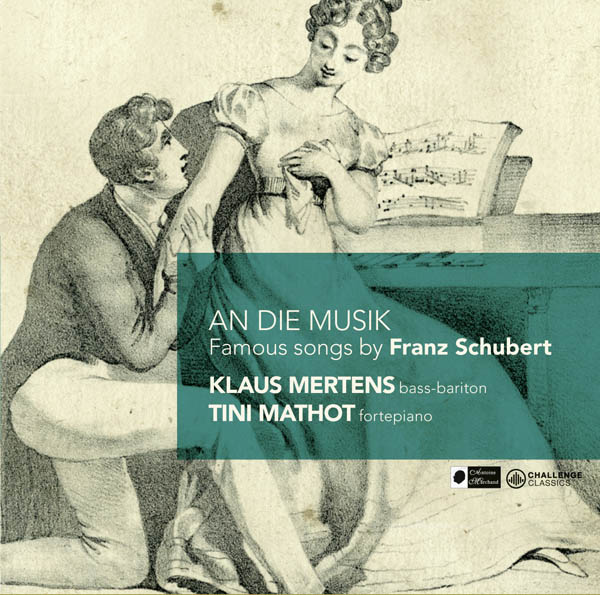 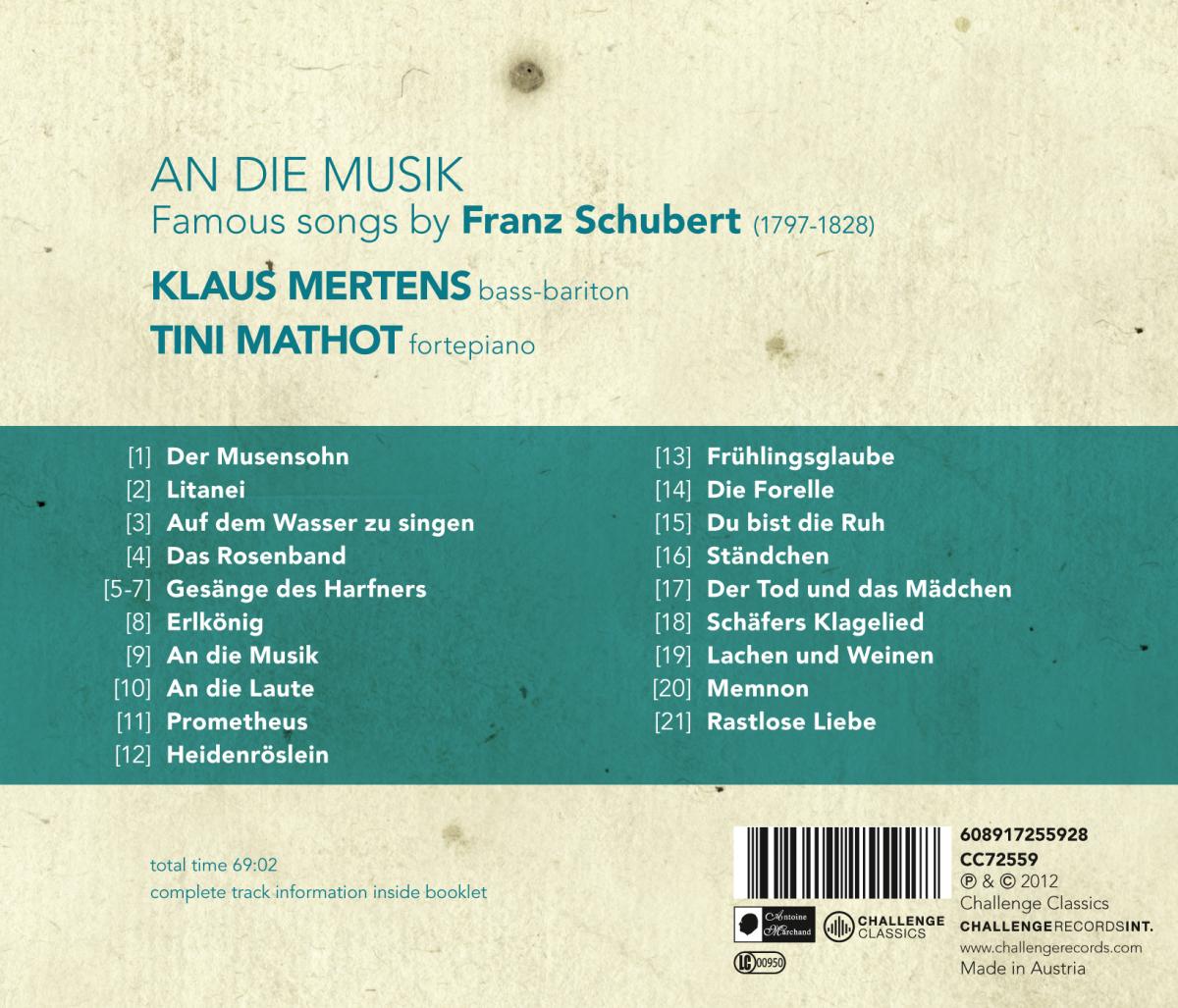 Bas-bariton Klaus Mertens and Tini Mathot on fortepiano share with us famous songs of Franz Schubert. Songs like Erlkönig, An die Musik, Prometheus, Die Forelle, Du bist die Ruh and many more have been selected by the duo and they give us their illuminating vision and version of songs we all know so well and love so much. The reason why these songs are so timeless is because they have universal emotions and themes and they speak to all of us in every day and age. The songs stay alive by the performance of superb musicians like Mertens and Mathot.

About the works on this cd: Schubert understands the song as a work of art by two independent authors, the poet and the composer. Thus there is hardly a complete Schubert lied manuscript to be found (this is naturally different in sketches and studies) in which the poet is not named and, what is more, immediately with the title of the song.

The three fundamental parameters of the song – text, melody, accompaniment – must in principle be of equal status. The text provides the basis, content and form of the song; the melody makes it singable, the accompaniment interprets it.

The circumstances of Schubert’s life show a close relationship to poetry. Poets were strongly represented in his circle of friends, evenings of readings (sometimes several times a week) made him familiar with the latest literature. The readings were followed by discussions on questions of poetry. Thus it seems quite natural that no other musical genre interested him so intensively (throughout his entire life) as much as the song. And there were two poets whose works he continually set to music during this time: Schiller (since his early youth) and Goethe (since reading Faust in the autumn of 1814). (From the linernotes written by Walther Dürr)

Poetry by Schiller, Goethe and other poets set to music by Schubert on this beautiful cd!