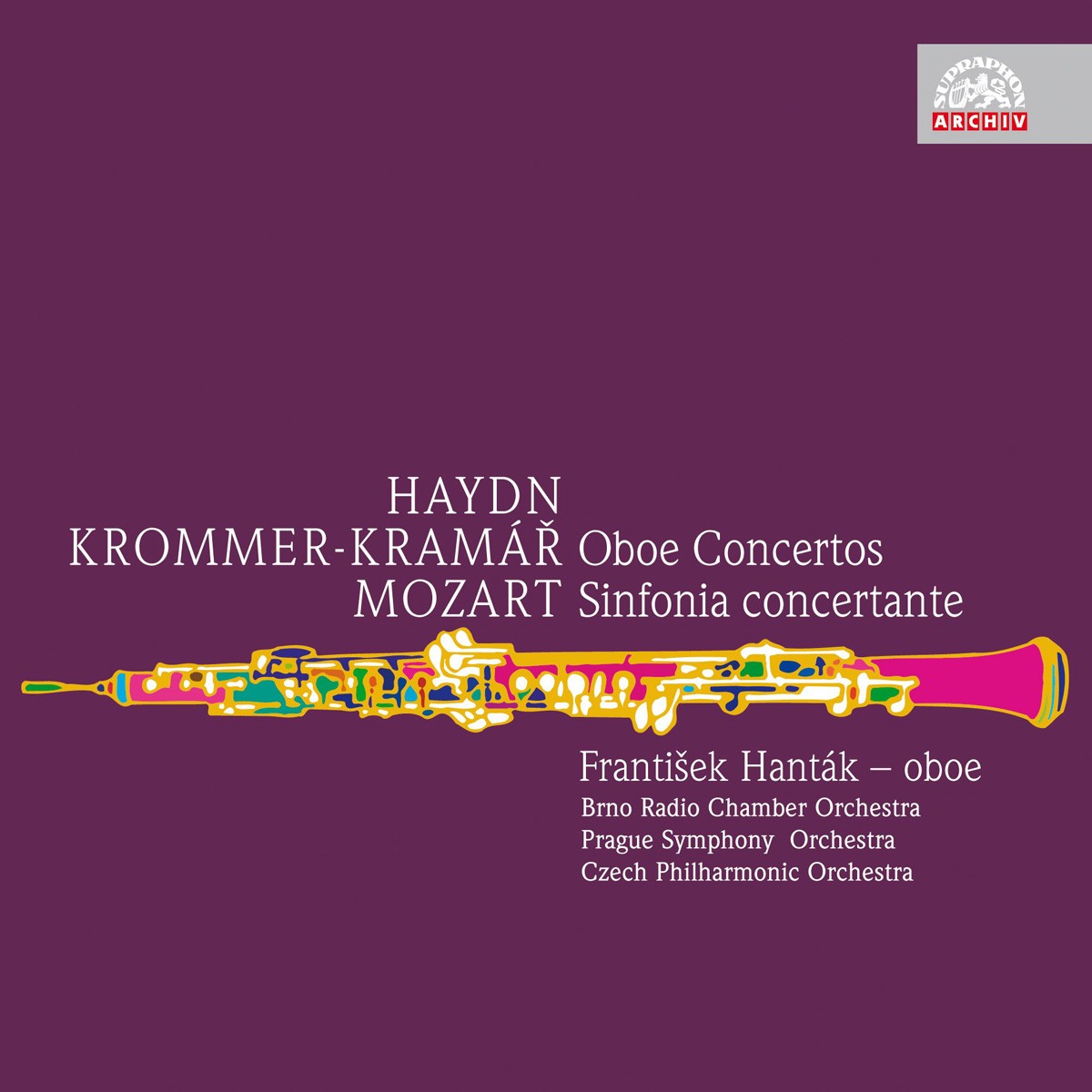 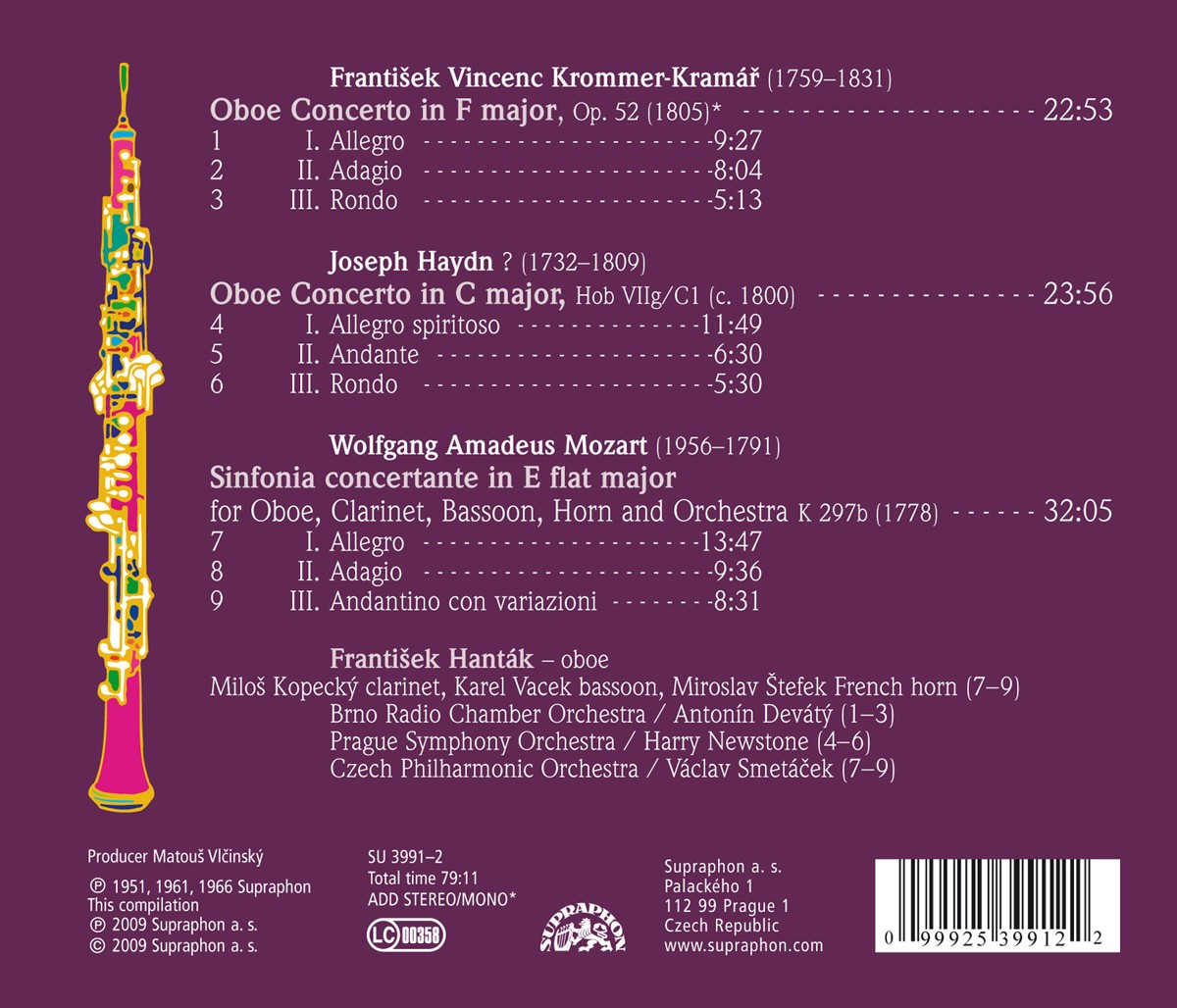 The common denominator of the recordings of these three virtuoso concertos is the name of the soloist. In 1932 Frantisek Hantak, still a student, was called up by Vaclav Talich to assume the post of first oboe of the Czech Philharmonic Orchestra. Hantak was concurrently a member of Czech Nonet and later on also performed with the Czech Wind Quintet and the ground-breaking ensemble Ars rediviva. Following on from the previous CD comprising concertos by Mozart, Richard Strauss and Martinu (jpc 3864683), this album features other gems from Hantak’s discography in Supraphon’s archives: the legendary 1951 recording of Kramar’s Concerto in F major, the »Haydn« concerto (with the yet to be clarified question of its authorship), with the Prague Symphony Orchestra and Mozart’s lovely Sinfonia concertante, K 297b, with the Czech Philharmonic Orchestra conducted by Vaclav Smetacek (1965). The first two concertos appear here for the first time on CD in a sensitively remastered version. If to today’s listener the recording technology of the 1950s and 1960s may seem to leave something to be desired, the performers’ sheer musicality and engagement certainly more than make up for it.