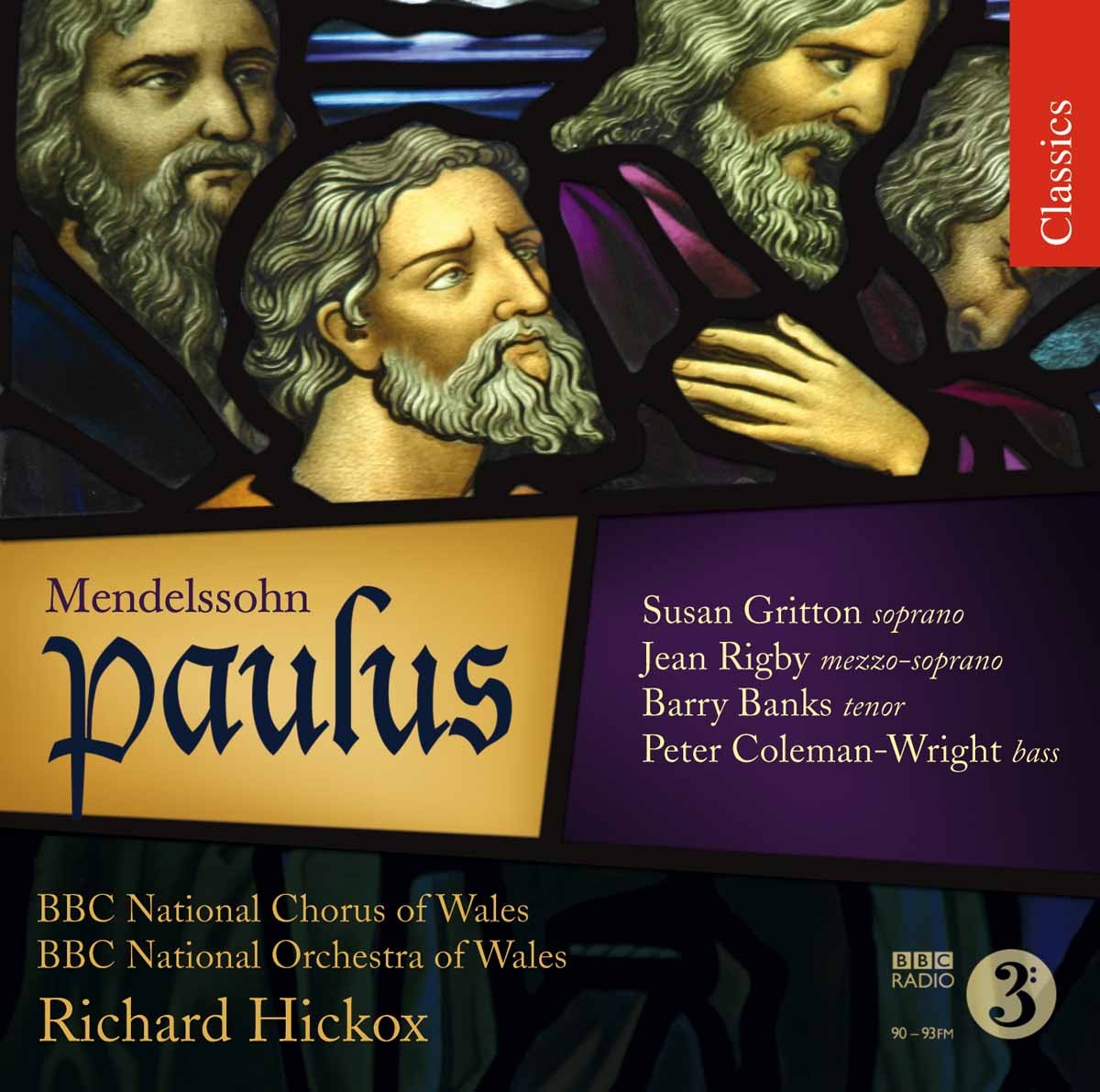 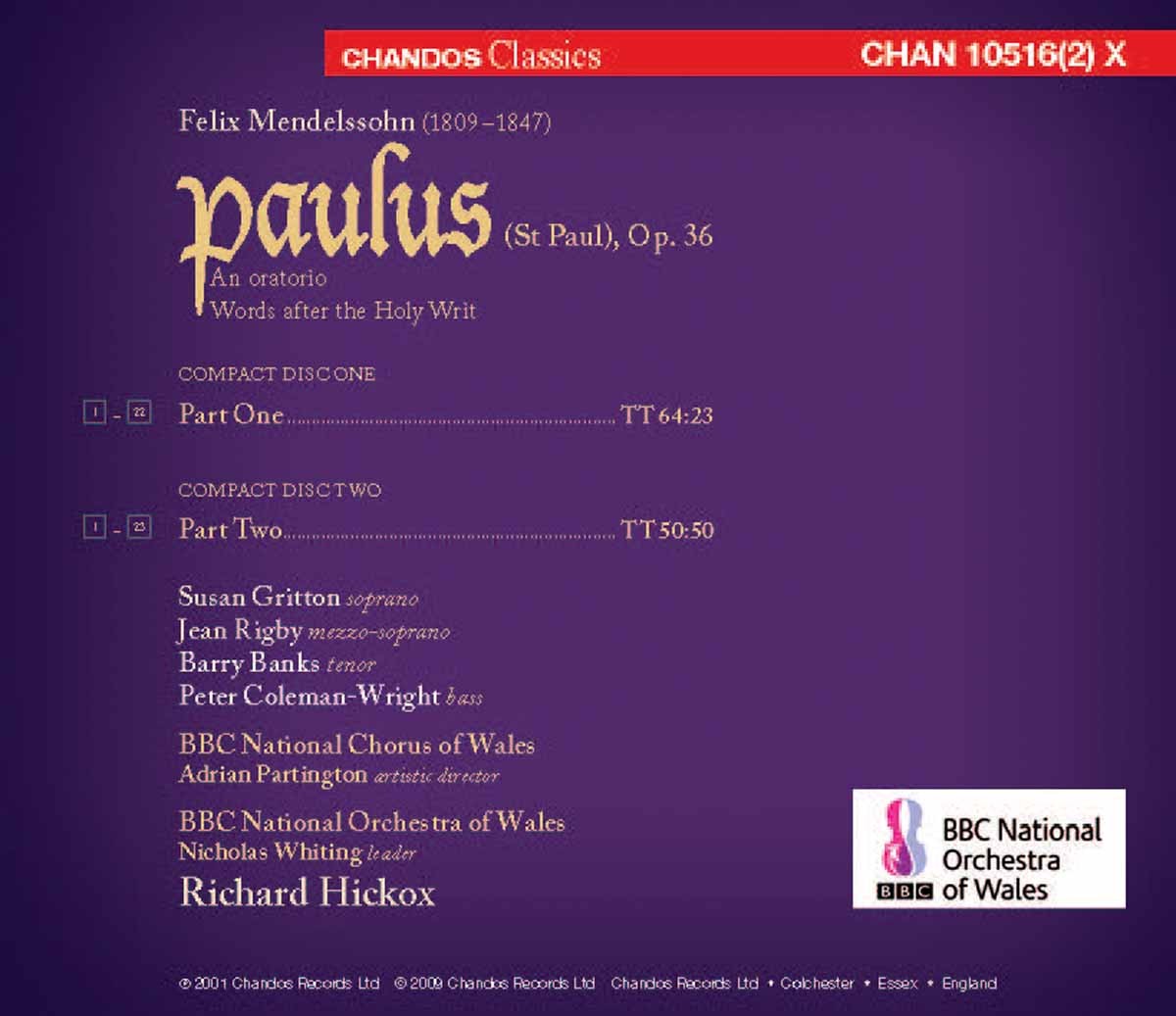 Chandos is very pleased to announce the return of Mendelssohn’s St Paulus (sung in German) to the Chandos catalogue. Its re-issue to Chandos Classics places this acclaimed recording at a highly competitive price, and timed to coincide with the composer’s anniversary celebrations.

On the original release, the recording acquired such comments as N»ot only is the musicianship impressive throughout, the approach is brisk and businesslike, with no hint of the sentimentality which can all too easily dog Mendelssohn.« (The Organ) »Another superb performance from Hickox, who gets a quartet of tremendous soloists and a first-rate orchestra and chorus… One of this year’s musts. « (Cathedral Music)

»From the opening Overture, which is exceptionally well-played by the BBC National Orchestra of Wales under the lamented Richard Hickox, one instinctively knows that all will be well with this performance – and we are not mistaken. A ›live‹ performance this may be, but the audience sit as quiet as church mice, and one would never guess that there must be a couple of thousand other people in the auditorium as well as the musicians; in any regards, that almost indefinable but essential frisson that comes from a live performance (as opposed to a dead one) can be discerned here. The soloists are very well matched and are uniformly first-class; the choir is also fine, and Richard Hickox’s conducting is quite masterly. The recording is excellent.. A welcome and timely reissue for the Mendelssohn bi-centenary.« ****(*) Musical Opinion - May-June 2009

»Composed in the wake of (and influenced by Mendelssohn’s epoch-making performance of Bach’s St Matthew Passion, Paulus is an impressive work whose punchy choruses bring out the best in Hickox.« BBC Music Magazine