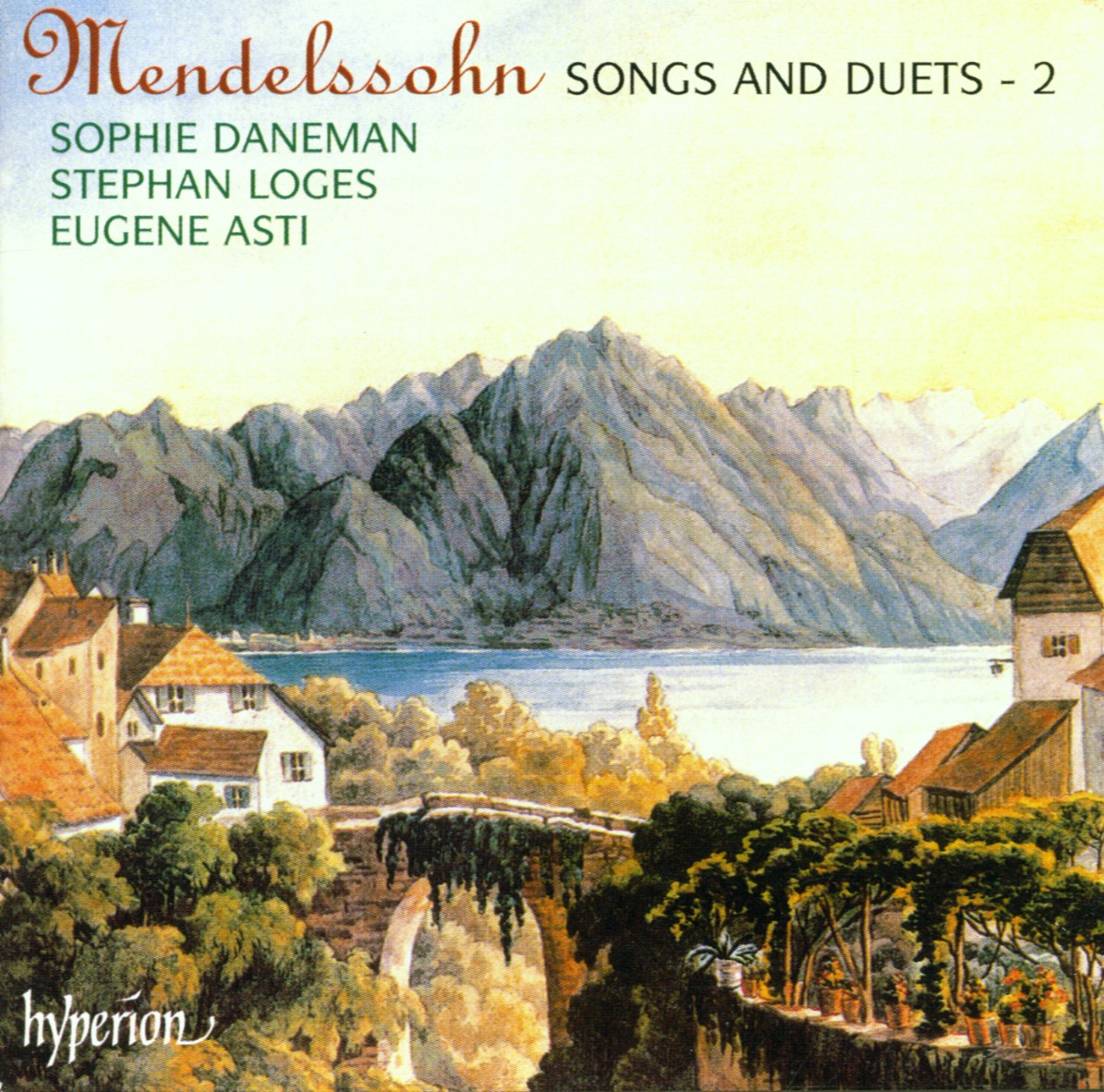 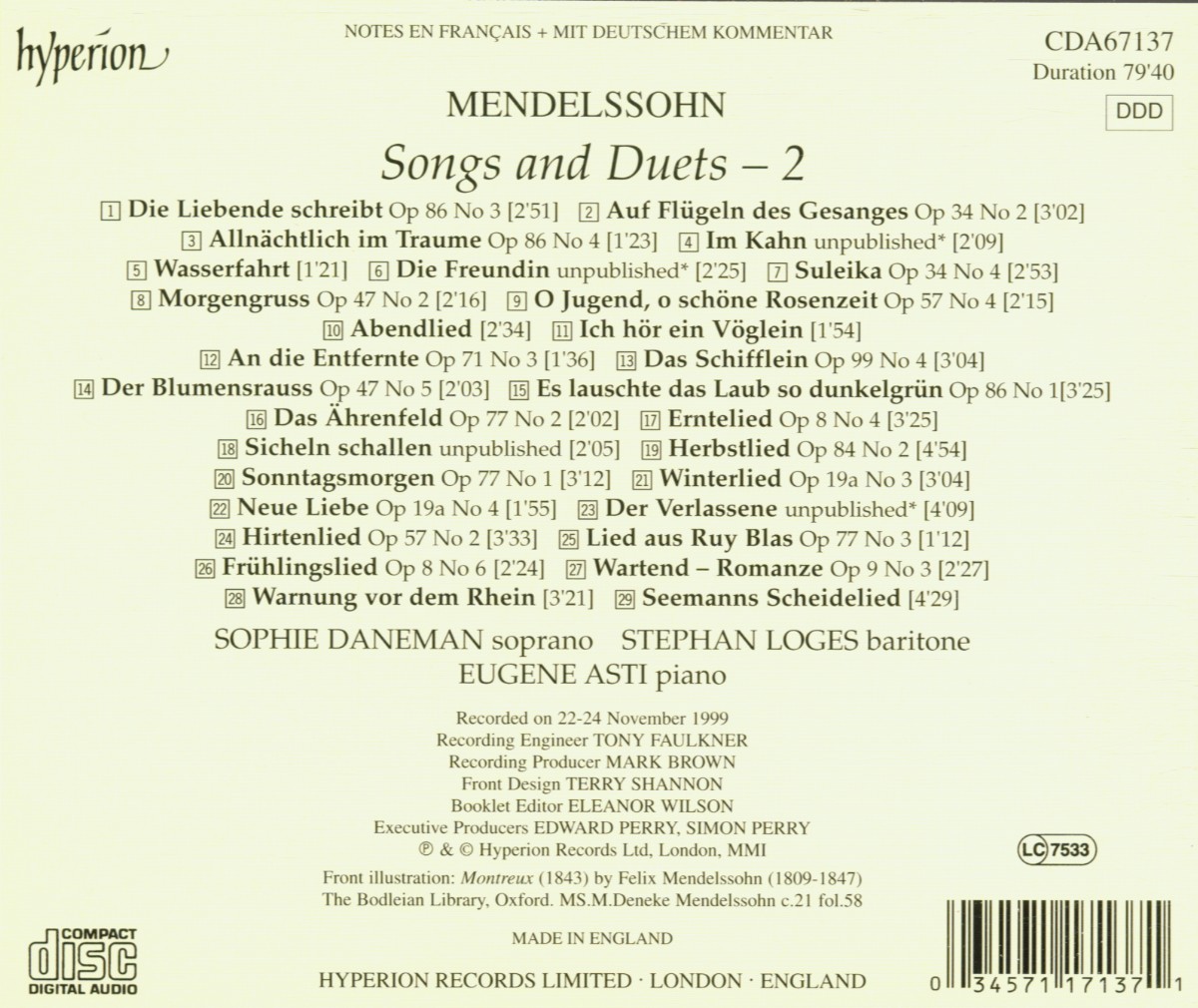 'The most attractive programming of the Mendelssohn duets yet devised'. So said Fanfare of Sophie Daneman's entrancing first disc of Mendelssohn songs and duets recorded with Nathan Berg (CDA66906). That disc was so well received when it was issued in spring 1998 that we have now produced a second in which she is partnered by the outstanding winner of the Wigmore Hall Song Competition, baritone Stephan Loges, accompanied as before by the American Eugene Asti.

Like the first disc there are many rare and previously unrecorded items here.