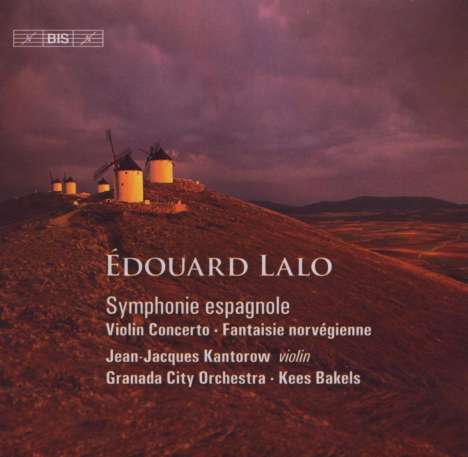 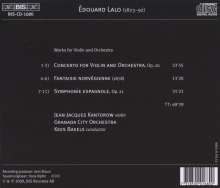 versandfertig innerhalb von 1-3 Tagen
(soweit verfügbar beim Lieferanten)
EUR 19,99*
Versandkosten
In 1878 Édouard Lalo wrote to the Spanish violin virtuoso Pablo de Sarasate: ‘Your arrival in my life has been my greatest artistic opportunity… without you, I would have continued to write insignificant odds and ends’. The three works gathered here all spring from this arrival, beginning with the Violin Concerto, composed in 1873. The melodious and charming concerto held a great significance for the composer, who regarded it as his first work truly worthy of the name. In the eye of the public it was soon to be overshadowed, however. The première of Symphonie espagnole, in 1875, was followed by performances all over Europe, always in the expert hands of Sarasate. Neither a symphony nor a concerto, it is rather a five-movement suite in which the soloist and orchestra converse as equal partners. First in a long line of Spanish-themed works by French composers (including Bizet’s Carmen, Chabrier’s España, Debussy’s Iberia and Ravel’s Rhapsodie espagnole), it may be regarded as a composer’s tribute to his violinist’s country of origin. Three years later the Scandinavian accents of Fantaisie norvégienne were possibly the result of an encounter with the Norwegian composer and violinist Johan Svendsen. There is no doubt that Lalo was once more composing with Sarasate in mind, however. He wrote to the violinist: ‘I believe that I have succeeded in being amusing without being common… Feel free to add violinistic devilishness if you like.’ Whatever liberties Sarasate may have taken with the solo part, the première, conducted by Max Bruch, was again a great success. So great, in fact, that Lalo soon transformed it into a purely orchestral work, without soloist, giving it the title Rapsodie norvégienne. Standing in for Sarasate on the present disc is Jean-Jaques Kantorow, whose recording of Saint-Saëns’ Third Violin Concerto – incidentally another work dedicated to Sarasate! – was nominated for both a Gramophone Award and a BBC Music Magazine Award in 2008. Here he receives fine support from the conductor Kees Bakels, his collaborator on the Saint-Saëns disc, and the Granada City Orchestra, of which he himself was the artistic director during the years 2004-2008.