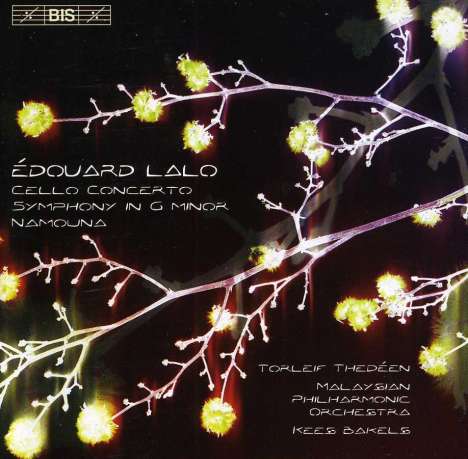 lieferbar innerhalb einer Woche
(soweit verfügbar beim Lieferanten)
EUR 19,99*
Versandkosten
Édouard Lalo belongs to the numerous composers whose names are associated with only one or two works, whereas the great part of their production remains – often unjustly – forgotten. This is the case with Lalo: his Symphonie espagnole and, to some extent his Cello Concerto keep reappearing in CD catalogues and concert programmes, whereas most of his works for stage or chamber music linger on the library shelves. Lalo was somewhat of a composers’ composer even during his lifetime. Take the ballet Namouna (in which he used ‘exotic’ tunes noted down at the Paris World Exhibition in 1878): at its première it was booed by the audience, whereas Debussy as well as Chabrier were enchanted by it. Other admirers were Dukas who praised Lalo for his orchestration skills and Fauré who commended his artistic judgement. Gathered on this disc are both famous and less famous orchestral works by this important figure in French 19th century music. They are performed by the Malaysian Philharmonic Orchestra conducted by Kees Bakels, a team whose previous releases on BIS of Rimsky-Korsakov’s music have received much praise for the interpretations (‘The commitment of the performers is just overwhelming’) as well as for the recordings (‘a panoramic splendour unrivalled on disc’). Soloist is Torleif Thedéen, well-known for his many recordings on BIS, such as BIS-CD-1136 (‘Thedéen's ease and charm come to the fore, making this finely recorded disc an impressive calling card.’ The Strad) and BIS-CD-937, where his interpretation of the concertos by Lutoslawski and Penderecki were termed ‘riveting’ by American Record Guide.

"The performances here are stunning. Torleif Thedéen is a terrific soloist, playing every note as if he really means it, and while he's not afraid to wear his heart on his sleeve (the finale's introduction), it's never to the point where he sounds sleazy. Kees Bakels and his Malaysian orchestra play the living daylights out of all of this music, offering bold, gutsy rhythms (in the symphony and concerto as much as the ballet) and delivering the music with the conviction that it needs." Classicstoday. com 05 / 2006