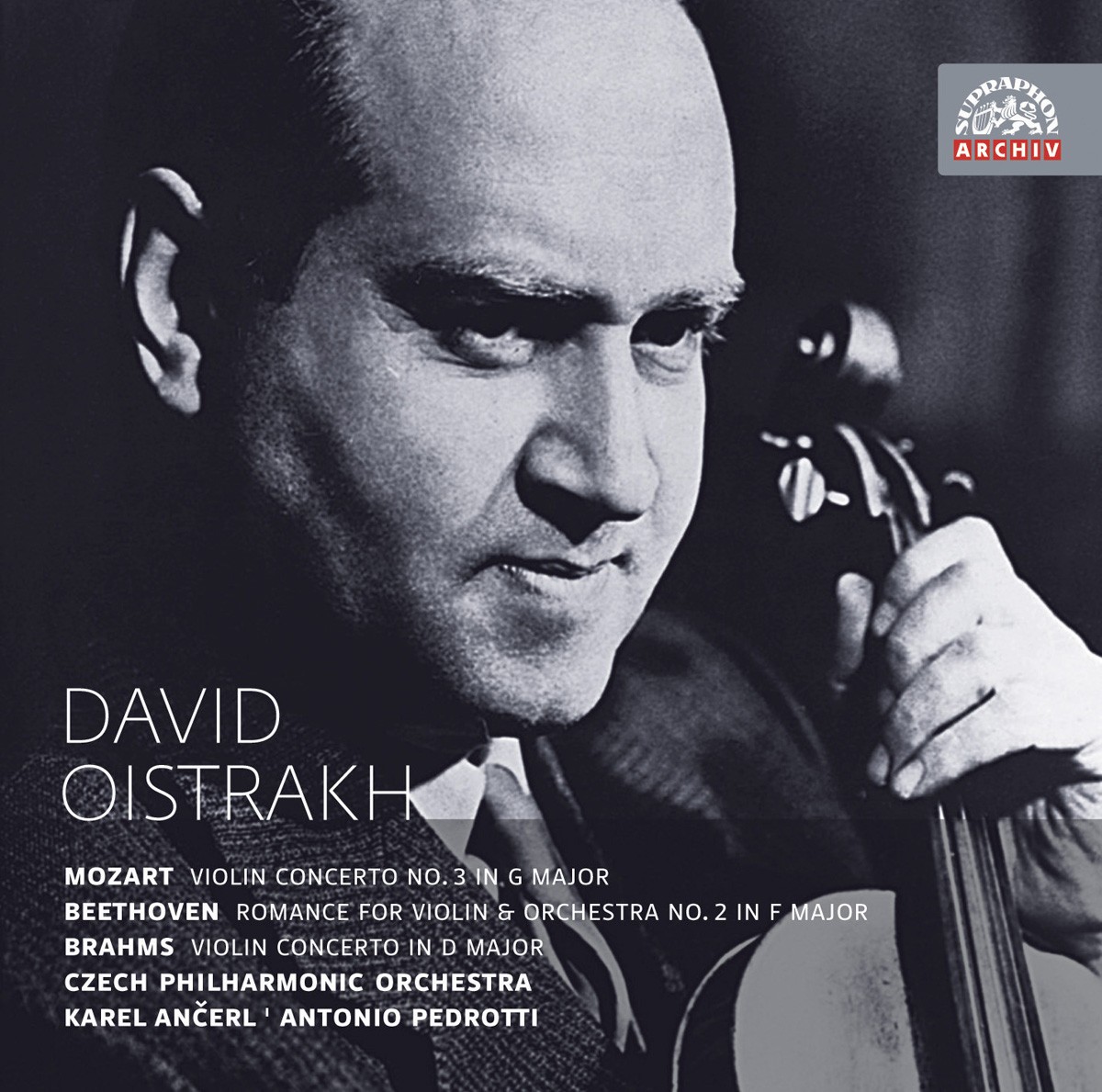 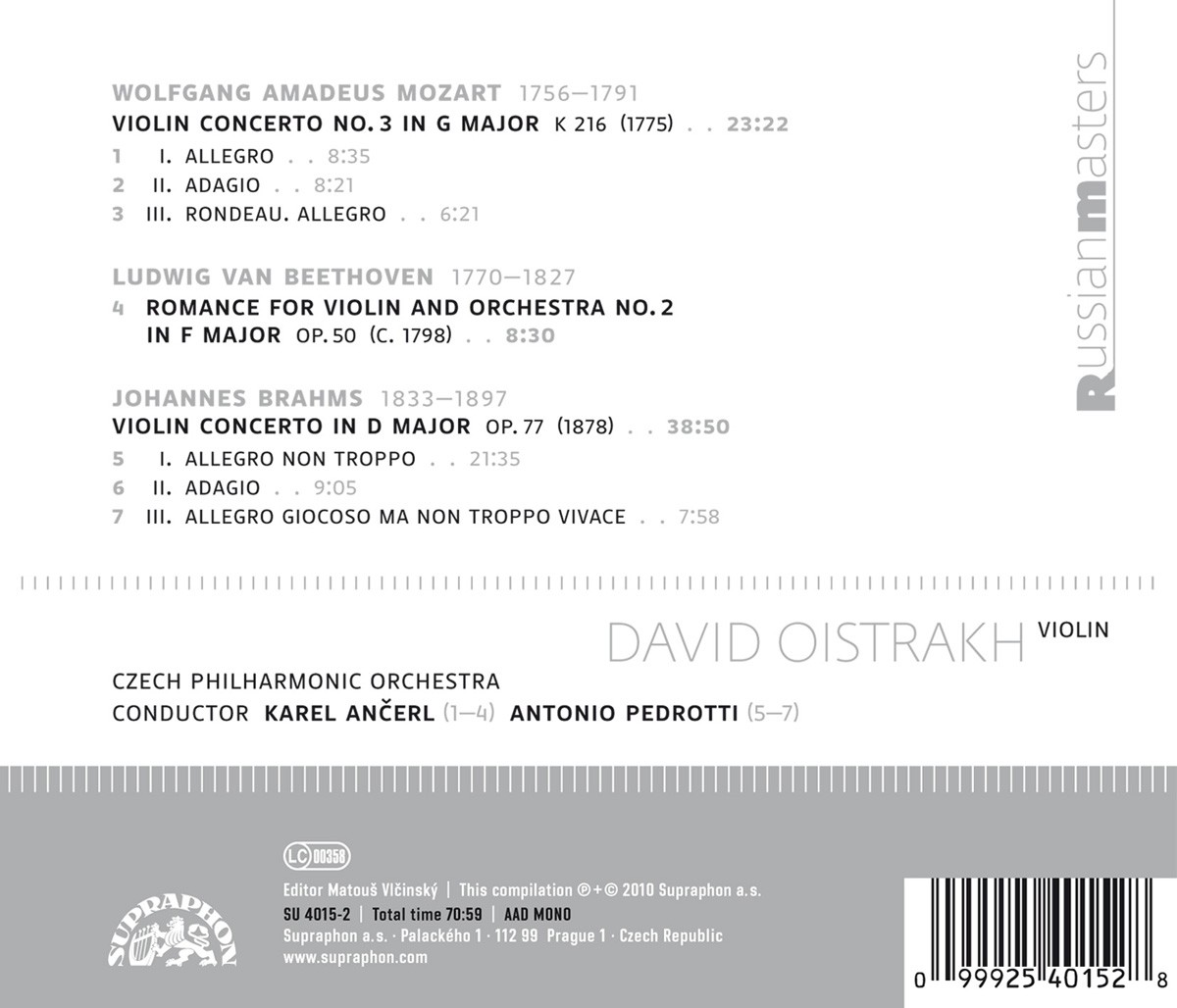 Born in Odessa in 1908, David Oistrakh became one of the greatest violin legends of the 20th century. In 1946 Prague was among the first destinations of his post-war foreign tours. From that time on he would repeatedly return to the city as a violinist and conductor. Owing to his technical mastery and exquisitely warm tone, Oistrakh became an insuperable interpreter of grand Romantic concerti. Serving as a case in point is Brahms's Concerto in D major, a work of extreme technical difficulty, recorded in Prague with the Czech Philharmonic Orchestra, conducted by Antonio Pedrotti. Yet true mastery is frequently manifested on a seemingly simple Classicist repertoire; the lucid structure and straightforward melodiousness require of the performer stylistic purity as well as balance and culture of tone. These very qualities are characteristic of Oistrakh's recording of Mozart's third violin concerto and Beethoven's Romance, Op. 50, which he made in 1954 with Karel Ancerl conducting the Czech Philharmonic, already as a world-renowned virtuoso. For the purpose of this release, the legendary recordings have been re-mastered from the original tapes.