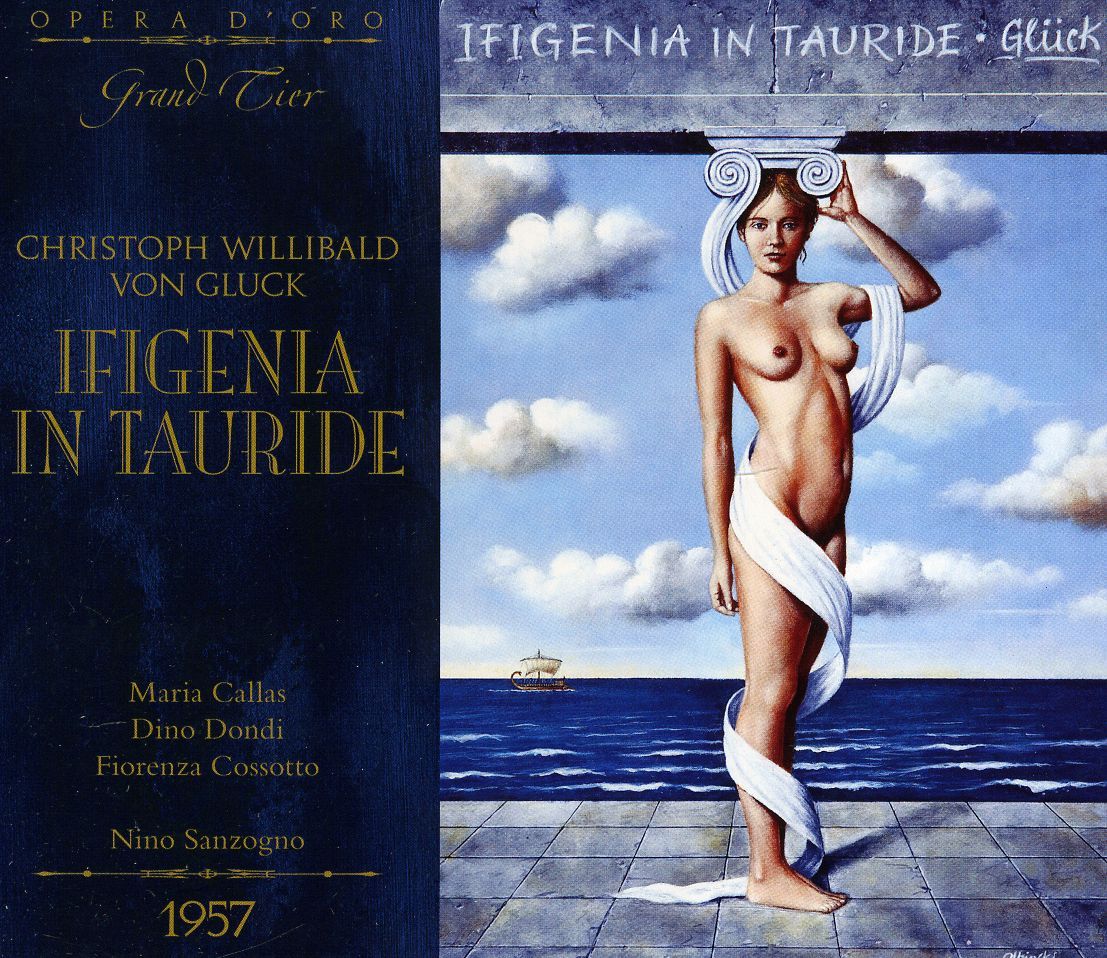 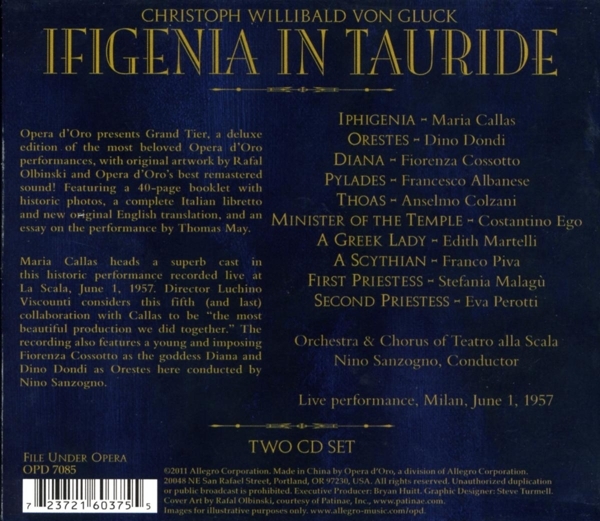 The recent rebirth of interest in the masterpiece of Christoph von Gluck’s maturity, Ifigenia in Tauride, has proved that his art can still cast a powerful spell over audiences. For a long time, Orfeo ed Euridice was the single work by Gluck to keep a toehold in the repertory. It was during this period that Maria Callas undertook two adventurous forays into Gluck’s operas atLa Scala Orchestra: Alceste in 1954 (under Carlo Maria Giulini) and, in June 1957, Ifigenia in Tauride. These were, in fact, the only two productions of Gluck in which Callas participated—and that during some of the most pivotal years of her entire career, as the true scope of her artistry was gaining widespread recognition. As for the beleaguered Greek heroine, Callas gave only four performances of Iphigenia for the 1957 production, which concludedLa Scala Orchestra’s season. Its opening night is the basis for this recording. Live performance, Milan, June 1, 1957. Features original artwork by Rafal Olbinski, re-mastered sound, extensive booklet with historic photos, and complete libretto newly translated for this release.