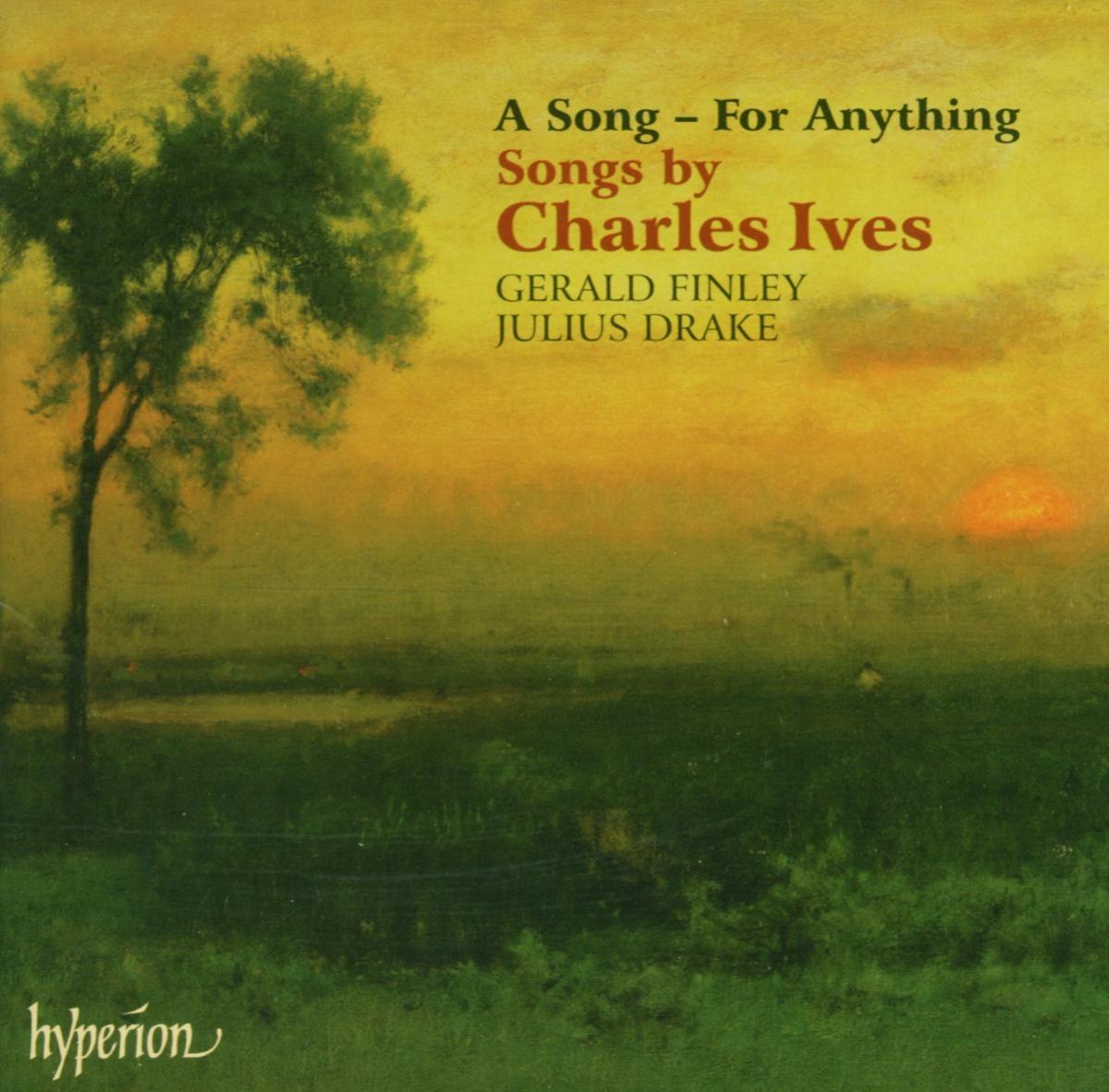 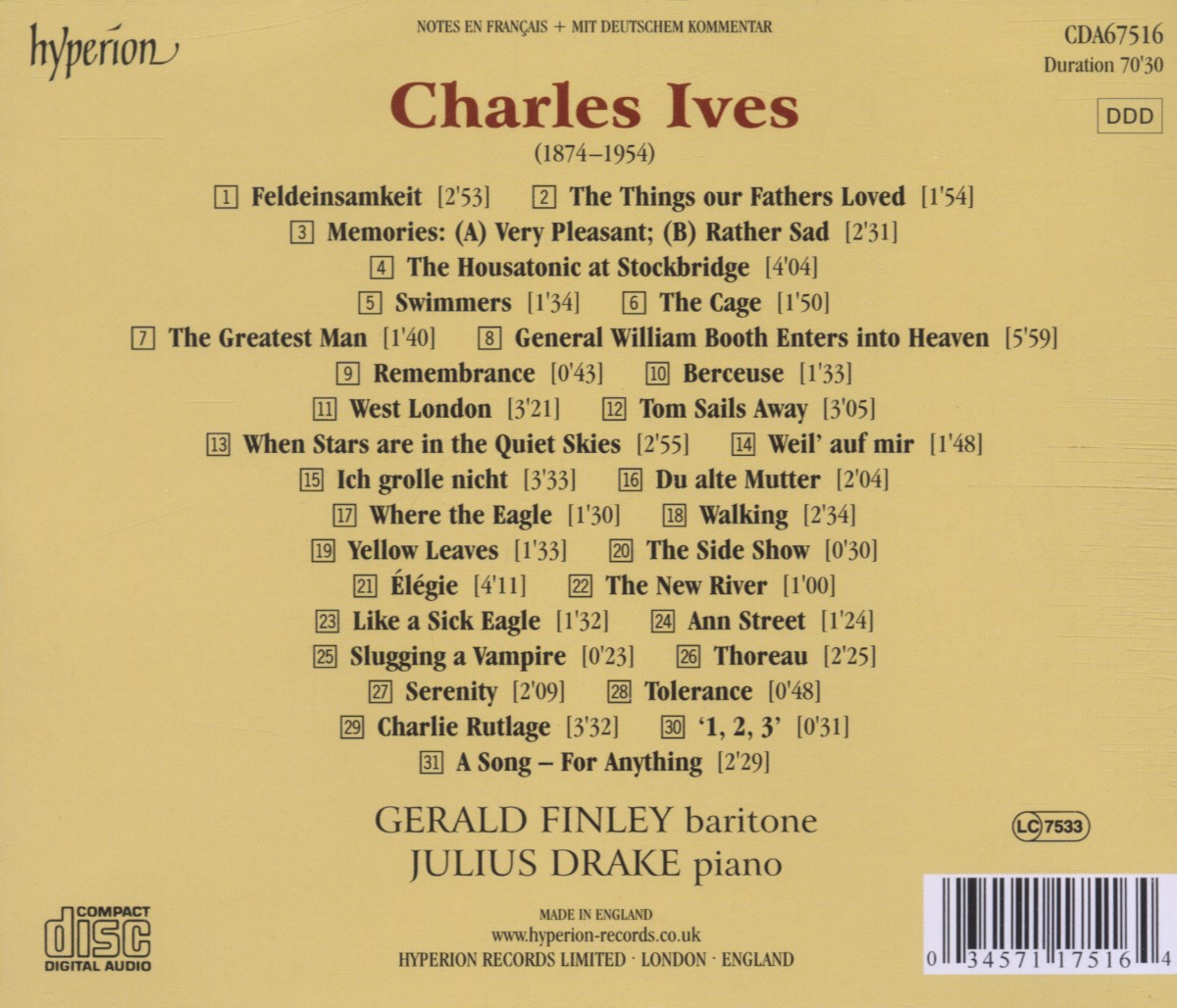 Charles Ives’s work as a pioneering polytonalist is perhaps better remembered today than his song output, but throughout his long composing life his most personal musical expressions are to be found in what may best be called the genre of the ‘art song’. These range from traditional ‘lieder’ (setting such familiar poets as Heinrich Heine and Nikolaus Lenau), through English-language ‘songs of the period’ (Kipling, Keats, Bulwer-Lytton), to pioneering ‘pop songs in the modern idiom’, often to texts of Ives’s own devising. All show a degree of craftsmanship which makes one wonder why many of these songs are not better known. Ives admitted to a deep mistrust of singers – their insistence on ‘interpreting’ any given score frequently, he felt, betrayed its composer’s intentions: not so with Gerald Finley and Julius Drake. These peformances perfectly encapsulate a lost world, transporting the listener back to a world where a ‘sentimental ballad’ could happily share the stage with a pastiche on the ‘Battle Cry for Freedom’. This is Gerald Finley’s first solo recital recording.

'the perfect match of singer to song' (The Financial Times)

'Gerald Finley's ebony-rich voice and lively imagination gets a workout in this wide-ranging program … Finley is superb throughout, with alert support from Julius Drake' (Time Out, New York)

'Gerald Finley, Julius Drake, and Hyperion here give us the best-ever male-voice selection from one of the most astonishing volumes in vocal history … We ordinary citizens have the right to hear the whole Ives songbook, from these artists. So don't stop now, Hyperion' (Fanfare, USA)

Memories: a) Very pleasant - b) Rather sad (Ives)