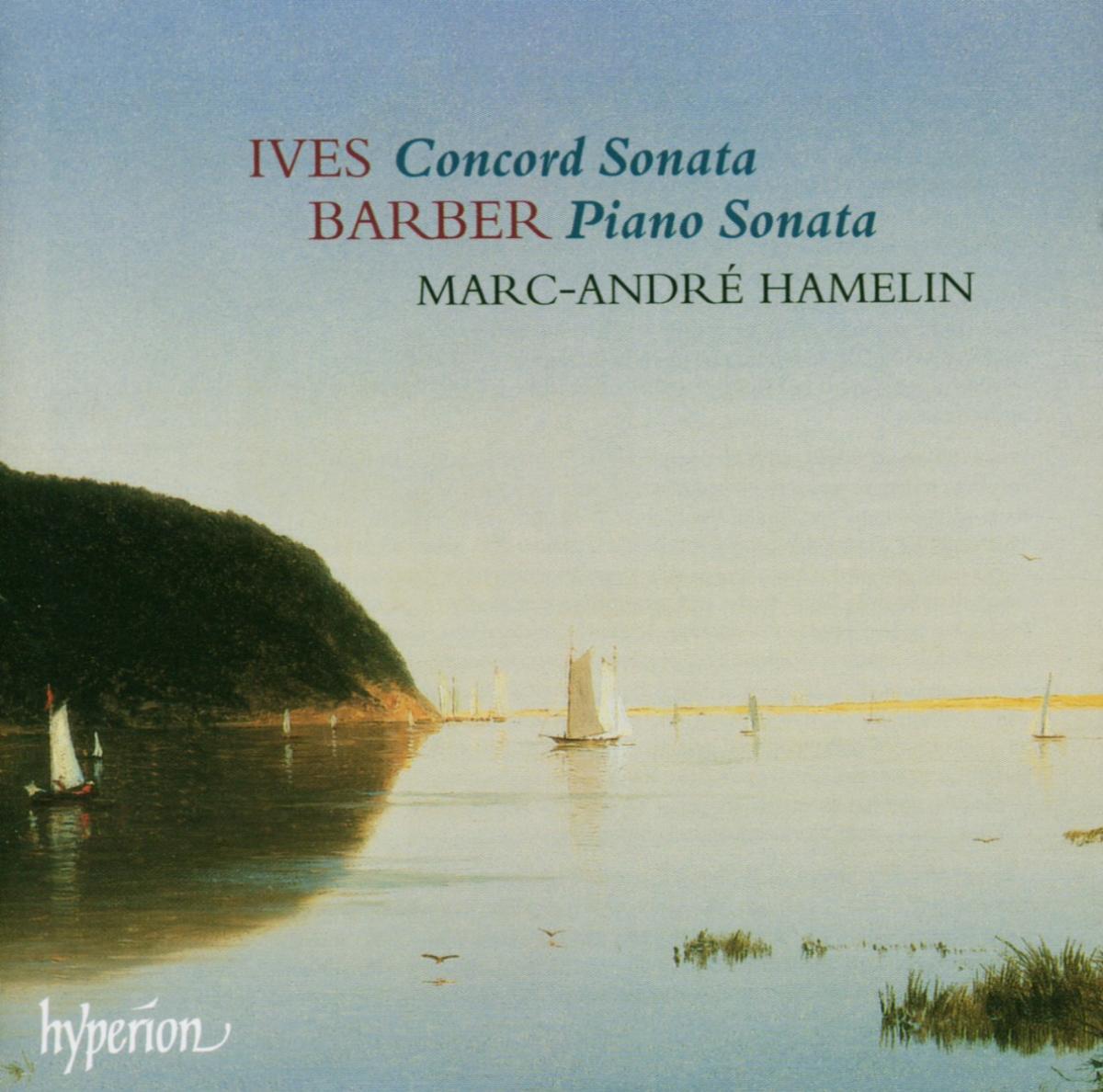 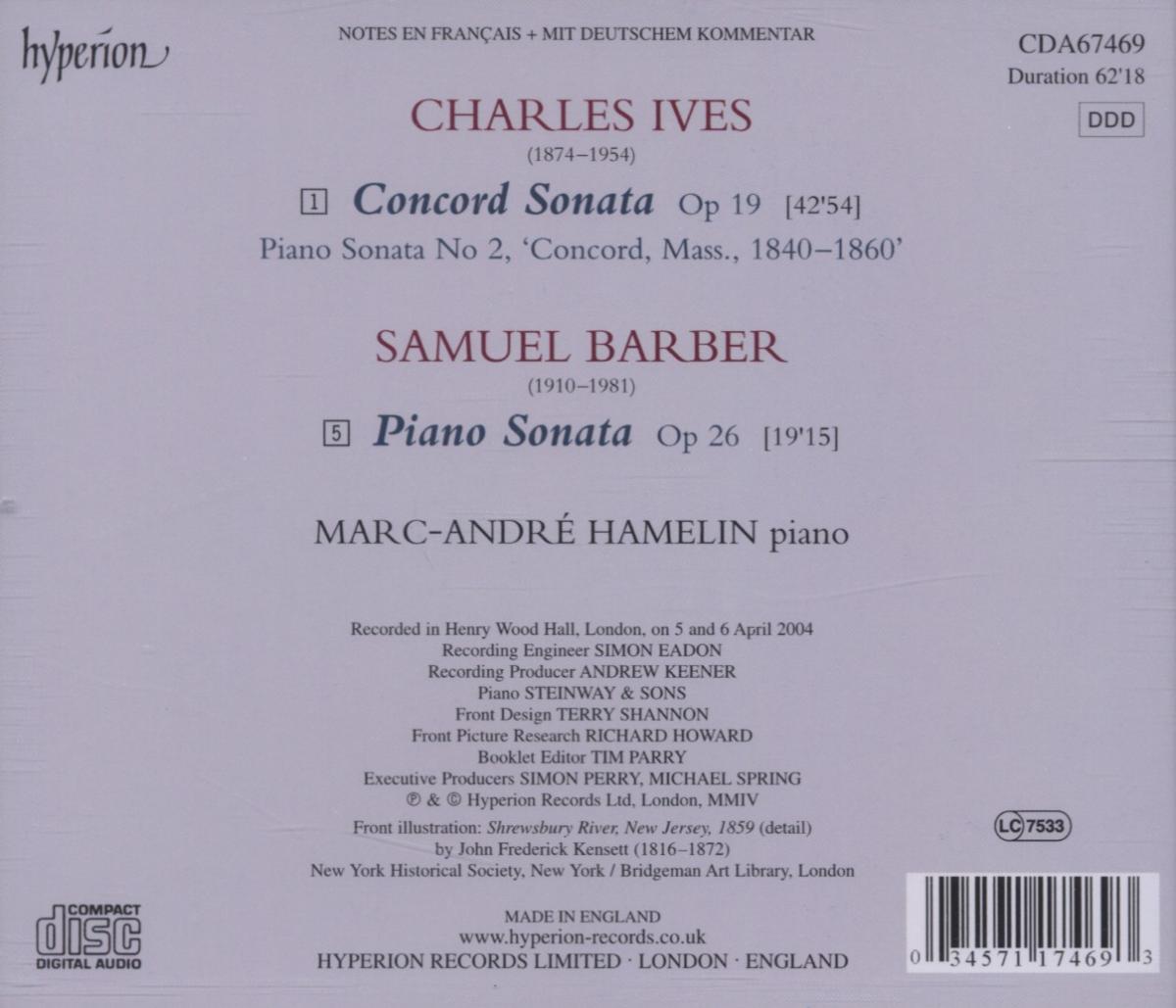 America's two greatest twentieth-century piano sonatas are here given predictably stunning performances by Marc-André Hamelin. This is the pianist's second recording of the Ives »Concord Sonata«, a piece he has played for over twenty years in performances that have often been regarded as definitive. As his thoughts on this landmark work matured, Marc became very keen to revisit the work in the studio in this 50th anniversary year of Ives's death. The Barber is an apt if unusual coupling. Premiered by Horowitz, with a blisteringly virtuosic final fugue written specially at his suggestion, this is one of only a few modern piano works to have become a genuine audience favourite.

»Hamelin's account is more a mystical blending of textures than a studied delineation of them, with a ravishing soft tone and an almost childlike relish of simpler music« (The Independent)

»Hamelin's virtuosity has to be heard to be believed. There are places in both scores that almost defy what two hands are capable of. Yet Hamelin plays them as though he were unaware of their wrist-crippling certifiability« (Classic FM Magazine)

»Marc-André Hamelin, a pianist of phenomenal virtuosity and insight, never misses a trick. Pierre-Laurant Aimard's Warner account was perceptive enough, but Hamelin characterises the four movements with even greater imagination and encompasses the 42-minute span and unconventional trajectory with complete control« (Daily Telegraph)

»Reviewing the Mayer, I described Aimard's recording as ›of unmatchable vividness and panache‹; but I must now transfer both the description and the recommendation to Hamelin« (BBC Music Magazine)