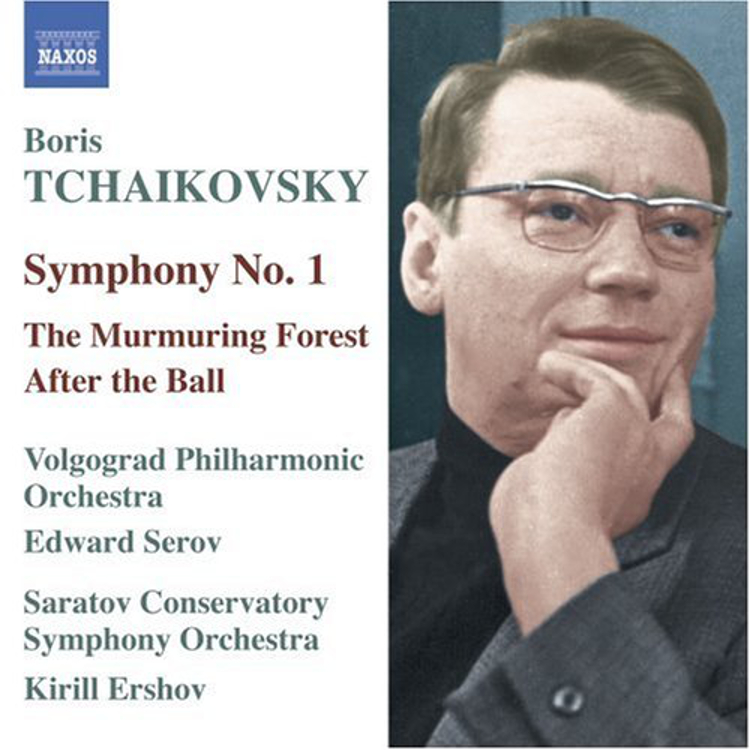 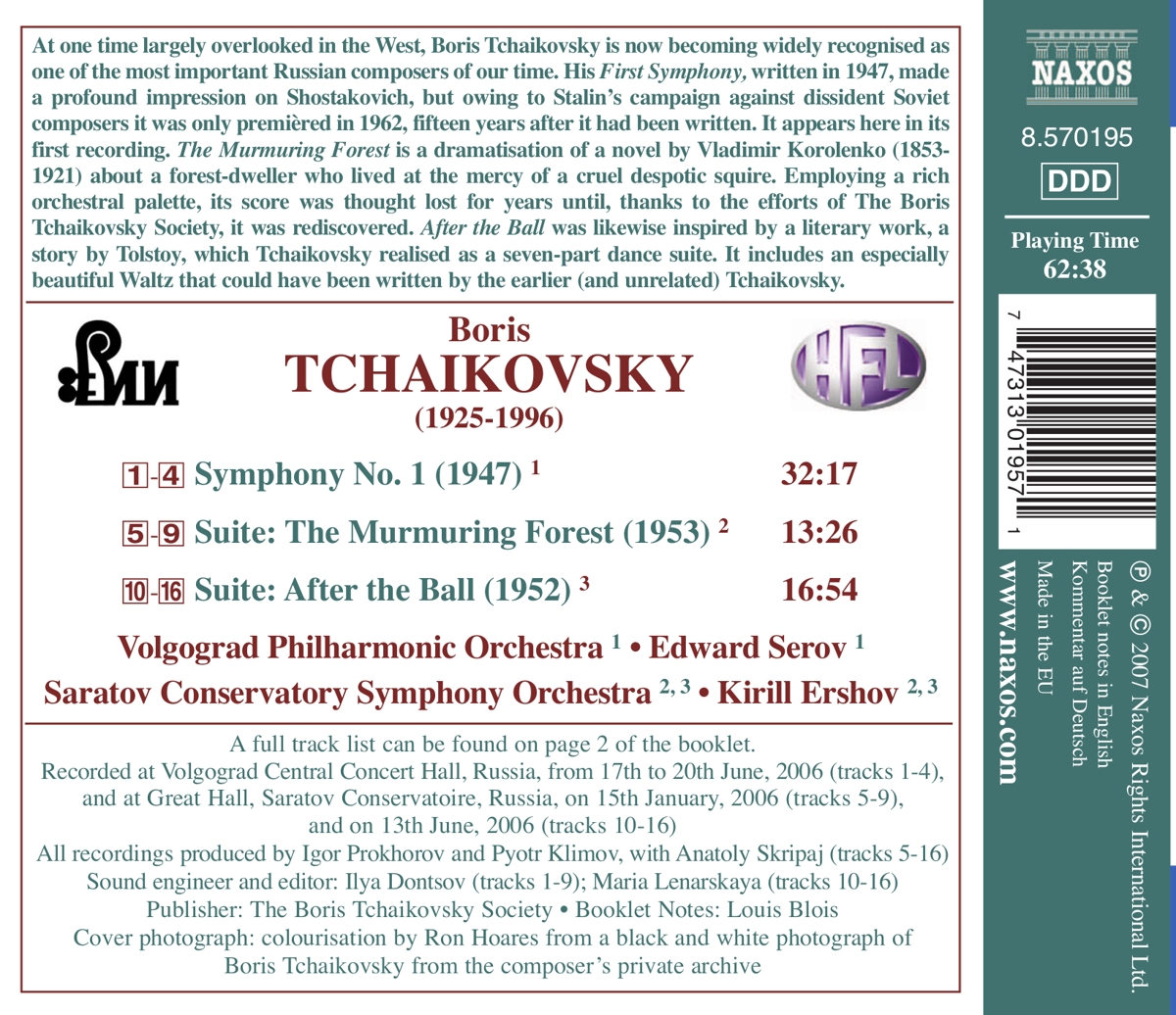 Bewertung:
Nur noch 1 Stück am Lager. Danach versandfertig innerhalb von 1-3 Tagen (soweit verfügbar beim Lieferanten)
EUR 9,99*
Versandkosten
At one time largely overlooked in the West, Boris Tchaikovsky is now becoming widely recognised as one of the most important Russian composers of our time. His First Symphony, written in 1947, made a profound impression on Shostakovich, but owing to Stalin's campaign against dissident Soviet composers it was only premiered in 1962, fifteen years after it had been written. It appears here in its first recording. The Murmuring Forest is a dramatisation of a novel by Vladimir Korolenko (1853-1921) about a forest-dweller who lived at the mercy of a cruel despotic squire. Employing a rich orchestral palette, its score was thought lost for years until, thanks to the efforts of The Boris Tchaikovsky Society, it was rediscovered. After the Ball was likewise inspired by a literary work, a story by Tolstoy, which Tchaikovsky realised as a seven-part dance suite. It includes an especially beautiful Waltz that could have been written by the earlier (and unrelated) Tchaikovsky.