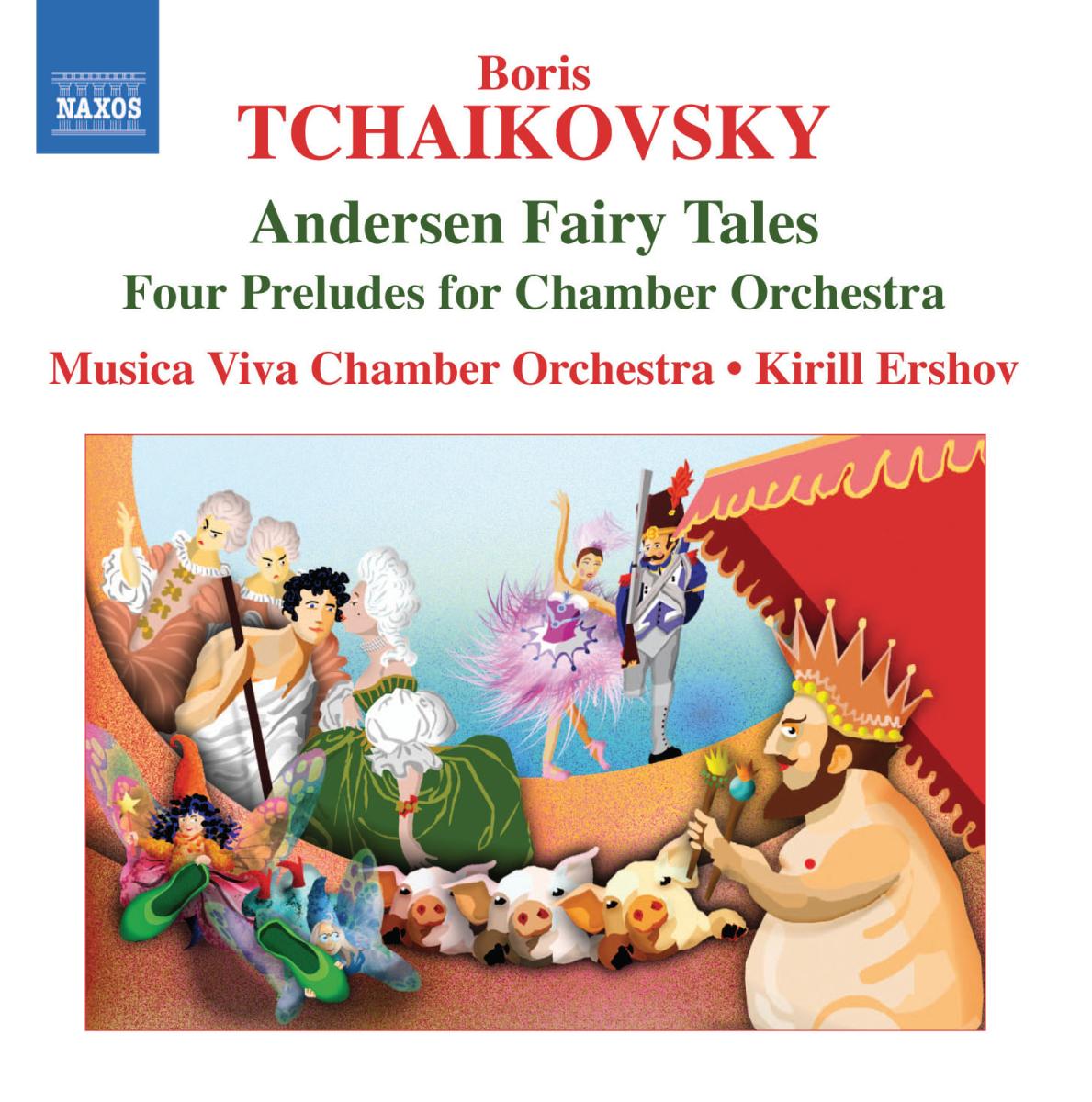 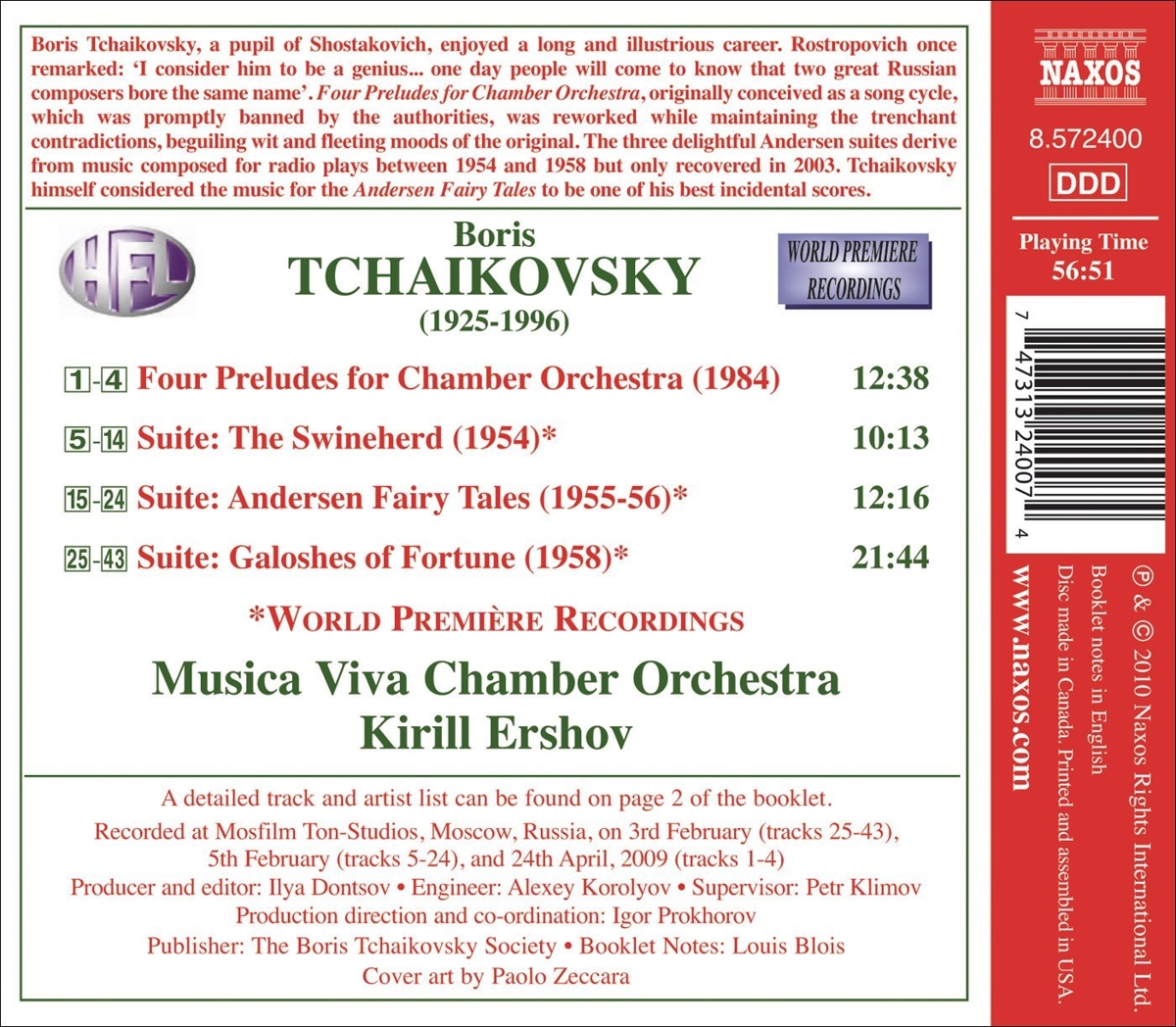 Bewertung:
Nur noch 1 Stück am Lager. Danach versandfertig innerhalb einer Woche (soweit verfügbar beim Lieferanten)
EUR 7,99*
Boris Tchaikovsky, a pupil of Shostakovich, enjoyed a long and illustrious career. Rostropovich once remarked: 'I consider him to be a genius...one day people will come to know that two great Russian composers bore the same name'. Four Preludes for Chamber Orchestra, originally conceived as a song cycle, which was promptly banned by the authorities, was reworked while maintaining the trenchant contradictions, beguiling wit and fleeting moods of the original. The three delightful Andersen suites derive from music composed for radio plays between 1954 and 1958 but only recovered in 2003. Tchaikovsky himself considered the music for the Andersen Fairy Tales to be one of his best incidental scores.