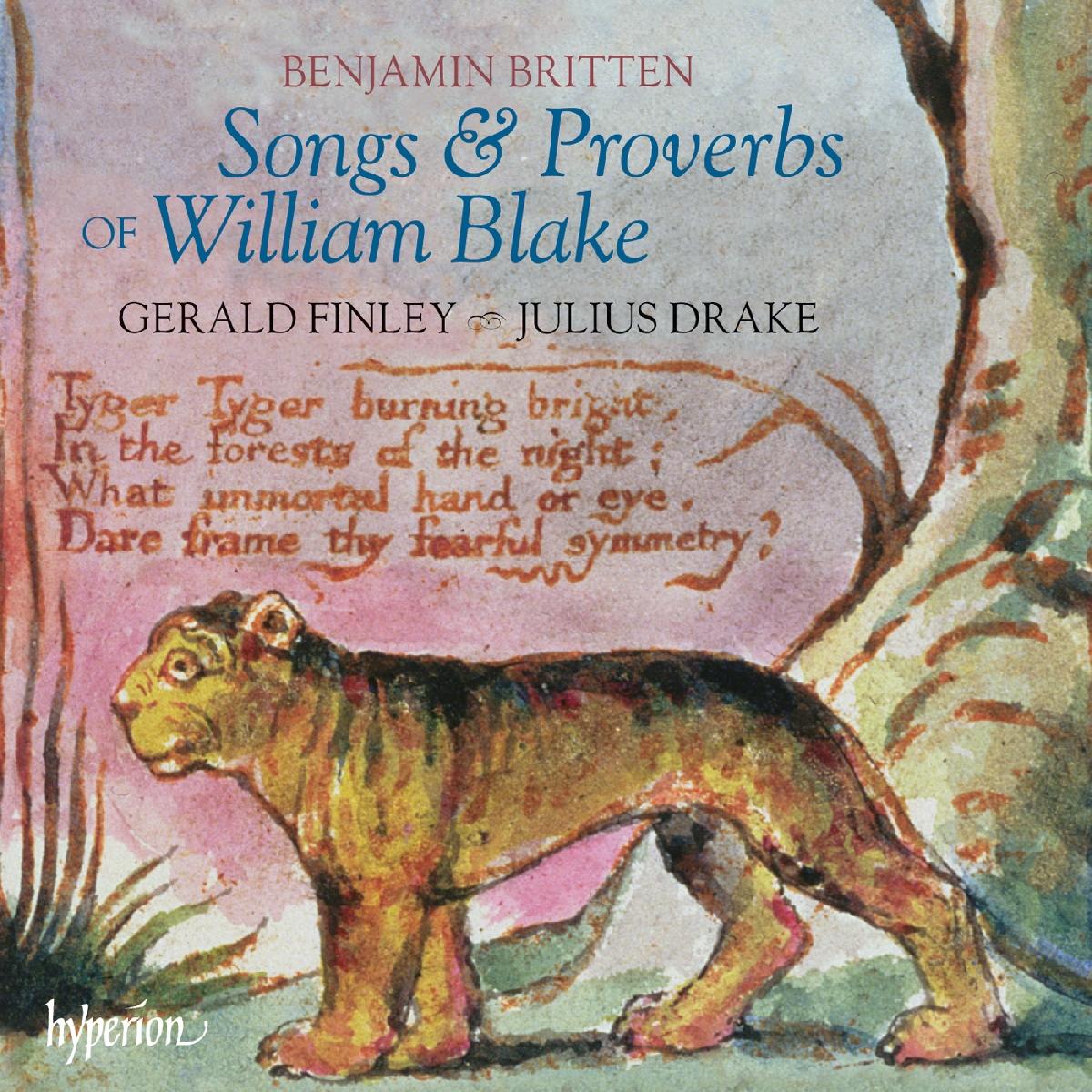 The unbeatable, multi-award-winning partnership of Gerald Finley and Julius Drake turn to the composer Benjamin Britten for their latest Hyperion release.

Although Britten is particularly celebrated for the substantial body of music he composed for the tenor voice, the composer also left an important legacy of music for baritone. Characteristically, Britten’s output for low voice was also inspired by the talents of specific performers with whom he was closely associated, among them Dietrich Fischer-Dieskau and John Shirley-Quirk. In addition to song-cycles, individual songs and folksong arrangements, Britten wrote challenging baritone roles in operas as diverse as Billy Budd (1951), Owen Wingrave (1970) and Death in Venice (1972)—the title role of the second of these made very much Gerald Finley’s own in his magnificent interpretation in Margaret Williams’s 2001 television film of the opera.

This disc contains Britten’s two important song cycles for baritone: Tit for Tat, setting the poems of Walter de la Mare, and the more substantial and challenging Songs and Proverbs of William Blake. The latter was written for Dietrich Fischer-Dieskau; designed to showcase his unique blend of intense lyricism and dramatic characterization, qualities which are undoubtedly also exhibited by Gerald Finley.

Also included are some of Britten’s popular folksong settings, and a selection of later songs, which received exposure and publication only after the composer’s death in December 1976.

'Finley as ever acquits himself as a fine singer, a conscientious artist and a thoroughly reliable musician … Julius Drake is the superb pianist' (Gramophone)

'This marvellous CD showcases the songs Britten wrote for the baritones Dietrich Fischer-Dieskau, John Shirley-Quirk and Benjamin Luxon - music that Finley, at the peak of his very considerable powers, makes his own with the pianist Julius Drake … [Songs and Proverbs of William Blake] Finley lends it the very beauty and intelligence and ecstatic vocalism it needs, without the mannerisms of Fischer-Dieskau' (The Financial Times)

'Fischer-Dieskau's recording from 1965 carries massive authority, but this new recording tops it … Everythng [Finley] sings has a feeling of emotional truth, without any artfulness. That's a great asset in these songs … Finley makes Blake's aphorisms ring out with the force of an Old Testament prophet' (The Daily Telegraph)