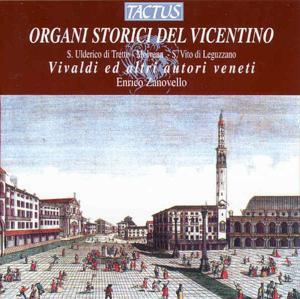 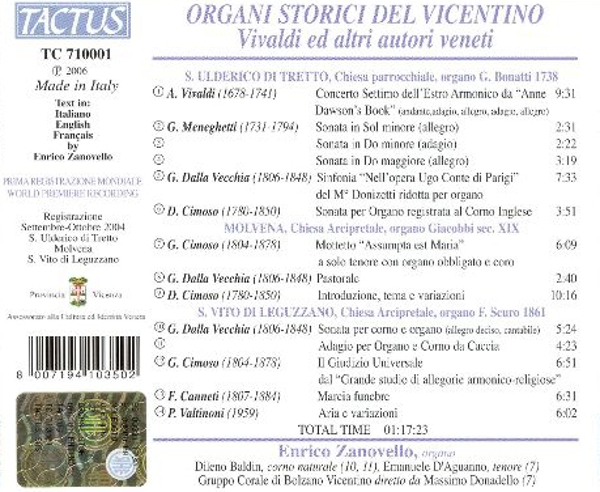 Through the centuries the organad different features. The liturgical and sever image of the instrument comes from the fact that it was mainly collocated in the church. But this is a restricted image. Otherwise, the organs popularity is a constant and indisputable aspect of this instrument. During the 19th century it had the important social function of spreading the “melodrama”, the music of the town in every hamlet with a church. The registers variety and the sound’s strength of the organ could summarize and share with everyone that which was taking place somewhere else using big orchestras and choirs and was allowed only to privileged classes. The prevailing repertory in the Italy unity century was mainly connected to the opera but the melodrama’s performances in the theatre were been attended by a little and selected part of audience. Indeed the innumerable transcriptions for the keyboard and band gave (to the) musical repertory the opportunity of finding both a middle class dimension into the private houses for the beginner pianists and mainly the popular dimension using the “adaptations” for the bands in the squares and for the organs in the churches. The organ-makers picked up the musical and cultural hints coming from the European, renewed orchestras of the end of the 17th century in which more instruments were introduced gradually. Indeed, the organ-builders supplied the instrument with particular registers which could imitate the orchestras and bandas’ sound. That’s why we can find some registers like: the Corno inglese, the corni dolci, the bombarde, till the timballi to imitate the timpani, the rollante and the campanelli. All these registers appeared nearby the traditional ones like ripieno. The organs used in the present CD give the right sonority to the selected extracts which were composed by some Vicenza’s authors from the end of the 18th century till the middle of the 19th one. The only one exception consists of the Vivaldi’s concert “il prete rosso” which arrived in Vicenza in 1713 to perform the opera “l’Ottone in Villa”