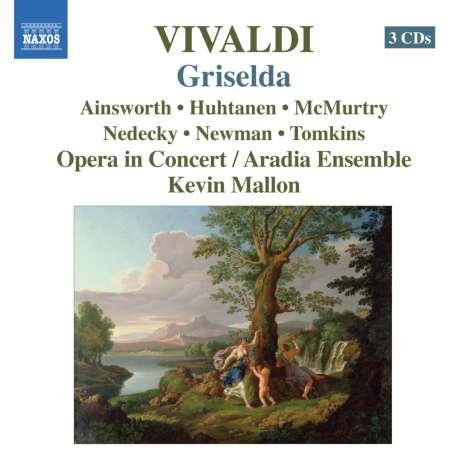 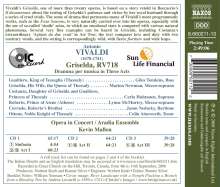 umgehend lieferbar, Bestand beim Lieferanten vorhanden
EUR 22,99*
Versandkosten
Vivaldi's Griselda, one of more than twenty operas, is based on a story retold in Boccaccio's Il decamerone about the testing of Griselda's patience and virtue by her royal husband through a series of cruel trials. The sense of drama that permeates many of Vivaldi's more programmatic works, such as the Four Seasons, is very naturally carried over into his operas, especially with the use of so-called 'simile' arias, in which an emotional state is compared with various natural phenomena. Several very fine examples can be heard in Griselda, including Costanza's extraordinary 'Agitata da due venti' in Act Two; the text compares love and duty with two contrary winds, and the setting is correspondingly wild, with fierce fioriture and wide leaps.