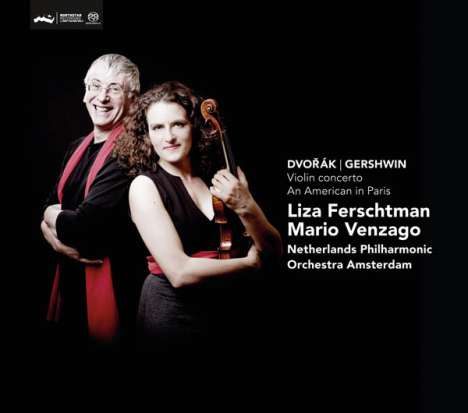 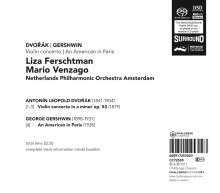 The premiere of the Violin Concerto composed by Dvořák would be in Prague on 14 October 1883, played by the Czech violinist František Ondříček. A month later he played it in Vienna with the Wiener Philharmoniker, conducted by Hans Richter. It was a special and memorable concert for Dvořák, all the more so since the Third Symphony of Brahms was on the programme as well, and Brahms had been a driving force behind the Violin Concerto.

We do not know why Joachim never performed the Violin Concerto. it was the idea that Joseph Joachim would have played the actual premiere but this in the end did not happen. It was claimed that, having been trained in the classical German musical tradition, he thought the concerto's form was too free. Although he never said so directly to Dvořák, a number of his proposed changes point in that direction. Strictly speaking he was right, but it was precisely the unconventional forms used by the composer that make the work so intriguing.(from the linernotes)

Violinist Liza Ferschtman gives a beautiful rendition of this intruiging concerto together with Netherlands Philharmonic Orchestra and Mario Venzago.

On this cd we can also hear "An American in Paris", a symphonic poem, or perhaps it can better be termed a free rhapsody for an expanded orchestra by Gershwin . Although Gershwin had not meant it as programme music and certainly not as an autobiographic work, it clearly shows features of both. And it was even Gershwin himself who described the piece as follows: “My purpose here is to portray the impression of an American visitor in Paris as he strolls about the city and listens to various street noises and absorbs the French atmosphere." As the story continues, the man becomes homesick for the familiar sounds at home in America. But pleasure gains the upper hand and he flings himself with conviction into the hustle and bustle of Paris.