Cal Newport: A World Without Email 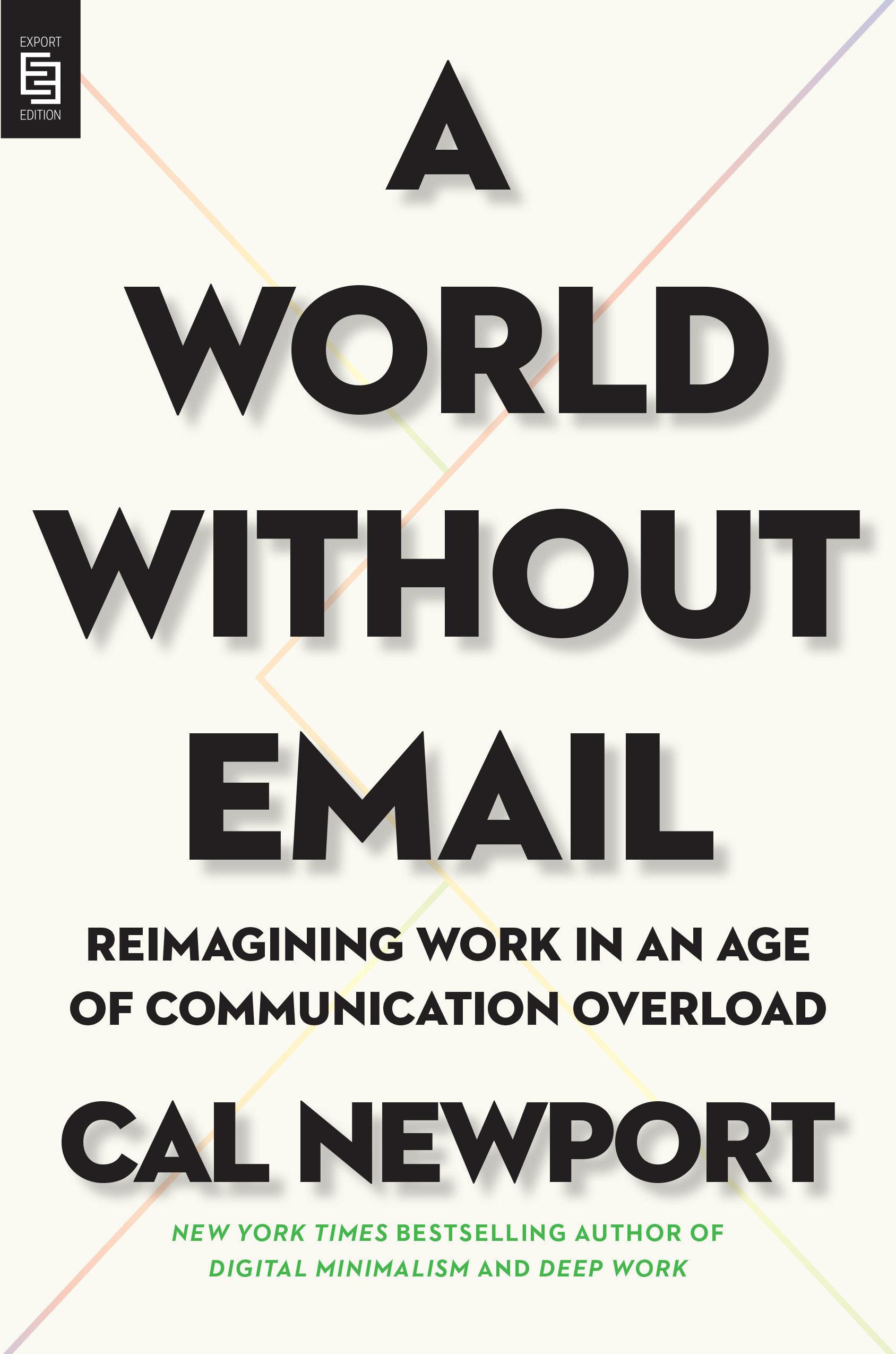 From New York Times bestselling author Cal Newport comes a bold vision for liberating workers from the tyranny of the inbox--and unleashing a new era of productivity.

Modern knowledge workers communicate constantly. Their days are defined by a relentless barrage of incoming messages and back-and-forth digital conversations--a state of constant, anxious chatter in which nobody can disconnect, and so nobody has the cognitive bandwidth to perform substantive work. There was a time when tools like email felt cutting edge, but a thorough review of current evidence reveals that the "hyperactive hive mind" workflow they helped create has become a productivity disaster, reducing profitability and perhaps even slowing overall economic growth. Equally worrisome, it makes us miserable. Humans are simply not wired for constant digital communication.

We have become so used to an inbox-driven workday that it's hard to imagine alternatives. But they do exist. Drawing on years of investigative reporting, author and computer science professor Cal Newport makes the case that our current approach to work is broken, then lays out a series of principles and concrete instructions for fixing it. In A World without Email, he argues for a workplace in which clear processes--not haphazard messaging--define how tasks are identified, assigned and reviewed. Each person works on fewer things (but does them better), and aggressive investment in support reduces the ever-increasing burden of administrative tasks. Above all else, important communication is streamlined, and inboxes and chat channels are no longer central to how work unfolds.

The knowledge sector's evolution beyond the hyperactive hive mind is inevitable. The question is not whether a world without email is coming (it is), but whether you'll be ahead of this trend. If you're a CEO seeking a competitive edge, an entrepreneur convinced your productivity could be higher, or an employee exhausted by your inbox, A World Without Email will convince you that the time has come for bold changes, and will walk you through exactly how to make them happen.