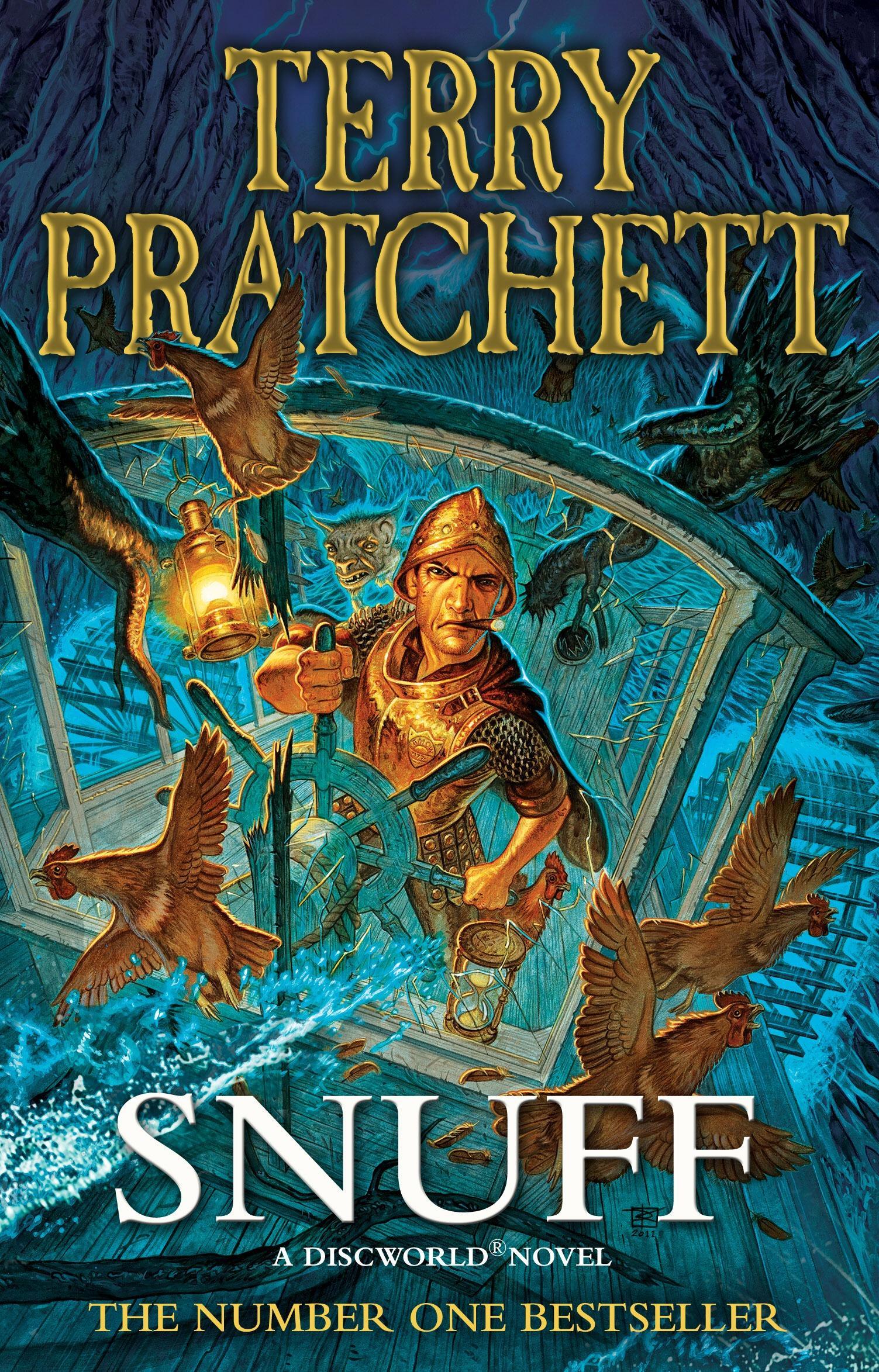 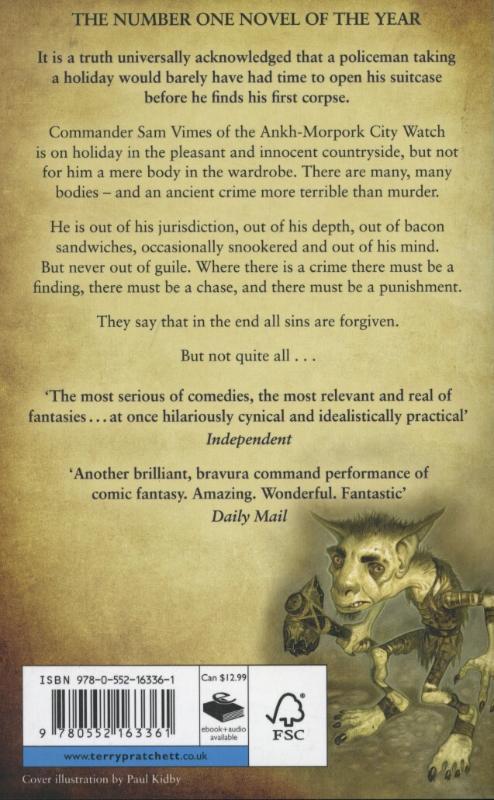 "[ Discworld is] Warm, silly, compulsively readable, fantastically inventive, surprisingly serious exploration in story form of just about any aspect of our world... Where other writers are delighted if they come up with just a handful of comic figures with self-sustaining life in them - Don Quixote and Sancho, the three men in the boat, Pooh and Piglet and Eeyore - Pratchettt breeds them by the score...There's never been anything quite like it" Francis Spufford Evening Standard

It is a truth universally acknowledged that a policeman taking a holiday would barely have had time to open his suitcase before he finds his first corpse. And Commander Sam Vimes of the Ankh-Morpork City Watch is on holiday in the pleasant and innocent countryside, but not for him a mere body in the wardrobe. There are many, many bodies and an ancient crime more terrible than murder. He is out of his jurisdiction, out of his depth, out of bacon sandwiches, occasionally snookered and out of his mind, but never out of guile. Where there is a crime there must be a finding, there must be a chase and there must be a punishment. They say that in the end all sins are forgiven. But not quite all...