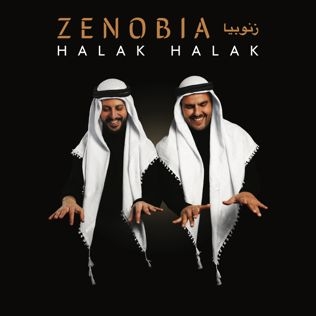 Emerging from the vibrant Palestinian electronic music scene, ZENOBIA have made a big impression over a short period of time: the band started performing a couple of years ago, and has already toured around the globe. ZENOBIA's music combines powerful beats, Levantine dabke rhythms and Arabic pop melodies.

The band draw their inspiration from pop & folk music from all over the region (Egypt, Palestine, Lebanon, Syria). They refine their songs by taking them back and forth between their studio and the stage, where they improvise a lot, and feed off the audience reactions. The band consists of Nasser Halahlih and Isam Elias. Nasser was a pioneer in the local scene, he was arguably the first Palestinian electronic music producer, back in the late 90s. Young, fleet-fingered keyboardist Isam's background is in European classical music, he grew up in Nazareth, while Nasser hails from (and still lives) in Shefa Amr, a small town situated between Haifa and Nazareth.