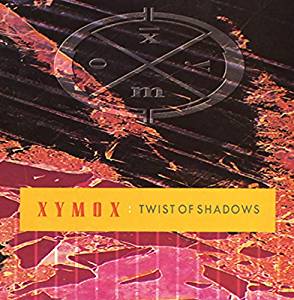 Gothic vocals surrounded by synthesizer atmospherics will greet you upon entering the world of (Clan Of) XYMOX. While Twist of Shadows isn't exactly industrial in its sound, the bpm's run mid-tempo and sound totally danceable in a New Order-ish way.

This remastered expanded 2 CD release includes the club hits »Obsession« and »Blind Hearts« and several rare 12" mixes along with several B-sides, some of them on CD for the first. There are total of 10 bonus tracks with a lyrics booklet. Artwork designed by Vaughan Oliver of 4AD fame and several tracks produced by Tony Visconti, responsible for several David Bowie landmark releases. This was the most accessible Xymox album, selling over 300,000 copies, and their first on a major label. Originally released in 1989.