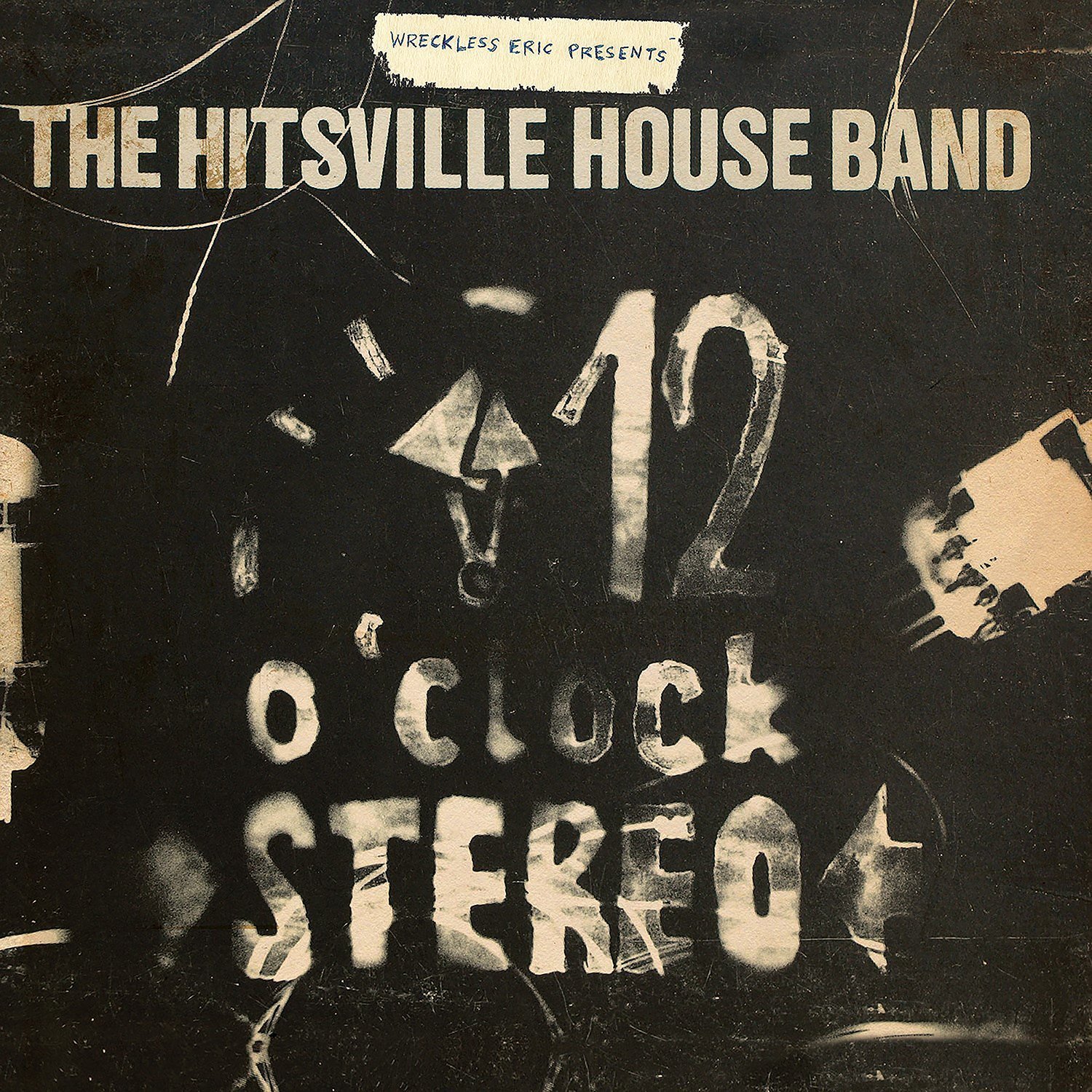 12 O'Clock Stereo is Wreckless Eric's town and country album, a strange and at times uneasy mix of garage, pop, country and old time rhythm 'n' blues. Urban songs set in a grim, concrete world where the beer is flowing like piss, and abandoned lovers cry themselves to sleep between nylon bed sheets, Kilburn Lane, Camden Girl, Murder In My Mind, Palace Of Tears. Tales of ne'er do wells and country hicks, The Guitar-Shaped Swimming Pool, Friends On The Floor, a ramshackle and nightmarish world, the village band play on raggedy and tuneless as the residents of a local retirement home zone out on valium (The Twilight Home). Creepiness and social dysfunction – life in remote rural France where dissatisfaction and incomprehension rule supreme and a trip to the doctors is a day out, You Can't See The Woods (For The Trees); and in The Marginal the neighbours ask him in to laugh at him as they get drunk with backing provided by a showband on hallucinogens. And meanwhile, back on the home front the Camden Girl juggles forming a band with self-help, astrology and Tai Chi. Eric had initially formed The Hitsville House Band with drummer Denis Baudrillart and bassist Fabrice Lombardo, two trash and garage virtuosos, bad boys from the south suburbs of Paris, as a backing band for ex Action, Mighty Baby and 101ers guitarist Martin Stone. They didn't last long as a backing group – Eric had songs and then Fabrice and Denis wanted to record them. »I was asked to record a track for a love-themed compilation album with a lifebelt on the cover – love and a lifeline, some foggy and fuzzy half thought out concept to do with love. The lifebelt looked for all the world like a toilet seat to me. We did the track for hard cash and used the money to buy tape to record an album.« The album was recorded at Eric's home, a dilapidated village dance hall seventy miles west of Paris, in the heart of rural France. Since his last album the Donovan Of Trash, Eric had upgraded his studio with the addition of a 1" Studer eight track tape machine. The stereo possibilities were limited by the further addition of an all-valve Telfunken one track 1/4" mono mastering machine which had apparently previously been used in a jungle expedition, as borne out by the carcasses of large and weird looking insects reclining in the machinery. On its release in 1996, 12 o'clock Stereo was championed by the few, including John Peel and Mark Radcliffe who both played tracks.