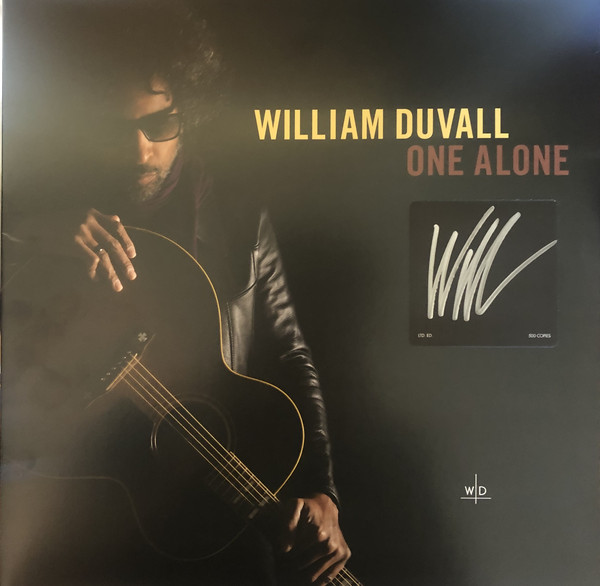 "One Alone", the debut solo album from Alice In Chains lead singer/guitarist, William DuVall, is a smoldering all-acoustic affair, a late-night meditation on heartbreak, triumph, and hard-won lessons. This recording is as intimate as it gets, like a private living room concert. It's the perfect contrast to Alice In Chains. William DuVall's debut solo album, One Alone, is an all-acoustic meditation on heartbreak and hard-won wisdom. Nick Drake meets Jeff Buckley by a late-night campfire.

"After three albums and numerous world tours with Alice In Chains, as well as creating the Giraffe Tongue Orchestra album (w/ Brent Hinds of Mastodon and Ben Weinman of The Dillinger Escape Plan), and, of course, my catalog of albums and tours with Comes With The Fall, I felt the need to peel everything back to the bare bones. This album is strictly one voice, one guitar. It reveals the very core of who I am as a singer, guitarist, and songwriter." William DuVall. Including single "Keep driving me away"