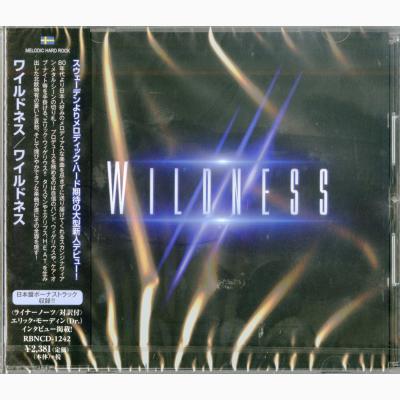 The idea behind WILDNESS began to grow in the summer of 2013 when the first songs were written. With main focus on heavy guitars, wide keyboards, big drums, melodies and hooks the shape of something new and exciting began to emerge. At this point, Wildness was more of a studio project and originally founded by drummer and songwriter Erik Modin while the guitar players Pontus Sköld and Adam Holmström were in to share the lead guitar parts early on.

The search for the right lead singer wasn’t easy as pie, but after a few months their destiny crossed with the unbelivable vocal talent Gabriel Lindmark in early 2014. More songwritings and demos recording came along, and it didn’t take long until it was clear that WILDNESS deserved to be a real band.

On September 1st 2015, WILDNESS independently released their self-produced debut single »Collide« which immediately gained a lot of spins at various digital platforms such as a number of online radio stations focused on AOR and Melodic Rock. Live performances that followed showed that the band was capable to deliver on stage as well.

The second single »Turning The Pages« was released on January 14th 2016, and shortly after that WILDNESS was approached by Georg Siegl by German record label AOR Heaven. The contact resulted in a record deal which allowed the band to finally begin the launch of their first full-length album.

The choice for the producer fell on the creative and productive mastermind Erik Wigelius (Wigelius, Care Of Night) and the pre-production and recordings took place between during 2016 and 2017. The main part of the record was recorded at Erik Wigelius’ studio, besides additional parts recorded by drummer and co-producer Erik Modin.

The two previous singles »Collide« and »Turning The Pages« were re-recorded for the album. The mixing and mastering was handled by Erik Wigelius, who really knows how to take the 80’s-influenced sounds at put them in the 21th century!

Despite their short career, WILDNESS have already shared stages with well established acts in the scene like WHITE WIDDOW and DYNAZTY.