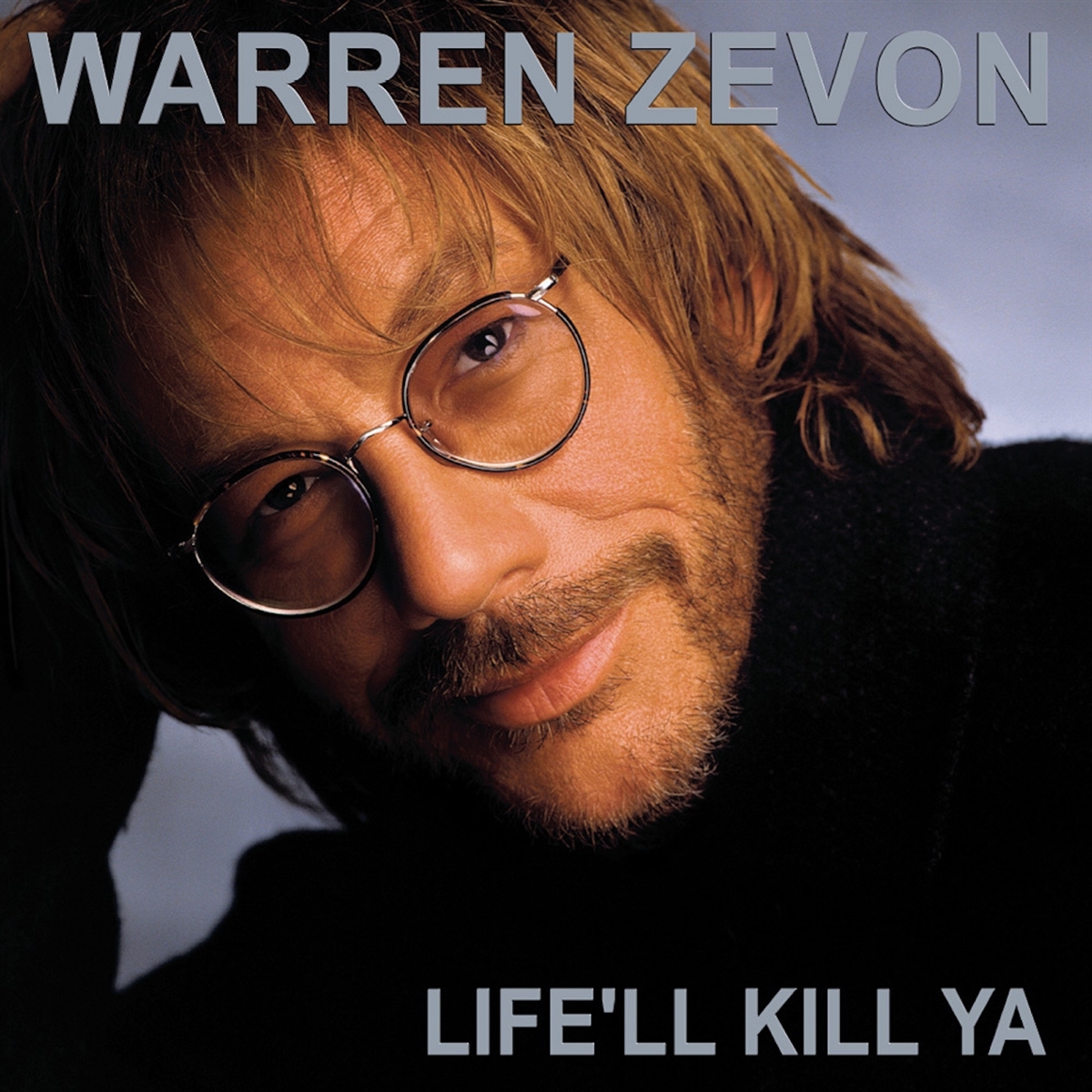 Following a decade of stagnation and waning interest, legendary singer-songwriter Warren Zevon, who masked his soft-side with his sarcastic, lyrical prose, entered the new millennium with his acclaimed 10th studio album Life'll Kill Ya. Though the album predated Zevon's fatal cancer diagnosis by two years, its title track, as well as standout cuts like »My Shit's Fucked Up« and »Don't Let Us Get Sick«, brought the album critical praise as a »mournful lament on the aging process and the inevitable decay that accompanies it.«

Available now for the first time on vinyl, and limited to 1000 copies, Ship To Shore PhonoCo's 20th anniversary reissue of Life'll Kill Ya features brand-new, expanded liner notes and rare photos from Jorge Calderón, Zevon's son, Jordan, and Dawes' Taylor Goldsmith. Other highlights include »Porcelain Monkey«, which puts Elvis Presley in Zevon's sardonic crosshairs, a cover of Steve Winwood's »Back In The High Life Again« sounds as if it were written for Zevon, and »Fistful of Rain« is a melodious examination of the fickle nature of fame.

Engineered as a comeback vehicle, co-produced by Paul Q. Kolderie and Sean Slade (the producing duo responsible for Radiohead's Pablo Honey), Zevon's songwriting collaborator Jorge Calderón added a lighthearted accent to Zevon's musical portraits of doom and gloom. Despite helping with a successful comeback, Life'll Kill Ya's content was revealed all too true when, in 2003, Zevon passed away of pleural mesothelioma.

»I mean, the fact that life will kill you is just that«, Zevon told Rolling Stone in upon the album's release. »I think you have to spend a fair amount of time realizing that you will be, so that you'll remember to enjoy everything you possibly can every minute you're not. You always want to try and tell younger people that, which is very difficult, because they don't really hear it because they feel a life has been imposed on them. And of course, they're absolutely correct.«

»This was the release where Zevon seemingly decided that he had tired of being a difficult to handle outsider and had instead realised that he'd be much happier as a wry and knowing elder-statesman singer-songwriter.​« (John Bryan, backseatmafia.​com)

»Life'll Kill Ya features a Zevon fully in command of the gifts evident in his classic '70s work, most notably a sardonic sense of humor tempered by a melancholy sense of humanity.​« (Keith Phillips, music.​avclub.​com)