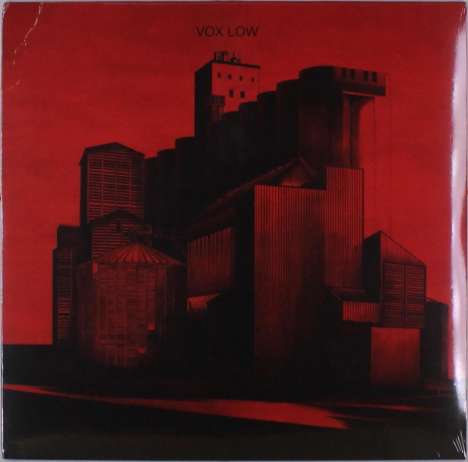 This is a time for punk urgency, for depressed minimal Krautrock, for the great shamanic hypnosis. This bunch of greasers from the Porte de St Ouen area now perform as Vox Low, with Jean-Christophe Couderc (vocals and synth) and Benoît Raymond (legendary bass guitar, guitar, synth), later joined by Mathieu Autin (infernal drums and voodoo percussions) and Guillaume Léglise (savage SG guitar, synths as well) for setting up live performances. Indeed for Vox Low, stage performance is a founding act. It even has to do with pure ceremony, which quickly brought the band its cult aura.

Seeing the combo on stage is an act of faith, a celebration of dark forces. Far from lazy live performances on Ableton, Vox Low is like an acid-house version of the Jesus & Mary Chain on stage. After having been the heartthrobs of Andrew Weatherall (whom they've remixed), after being remixed by the black angel Ivan Smagghe, after releasing maxi-singles on Jennifer Cardini's techno label and on the brilliant Evrlst, Vox Low is now turning up on an insolently rock'n'roll label. Which is just logical, being one of the few bands able to stylishly surf between 60s rockabilly influences and cold, minimal techno from around Cologne or Berlin's Zoologischer Garten Station.