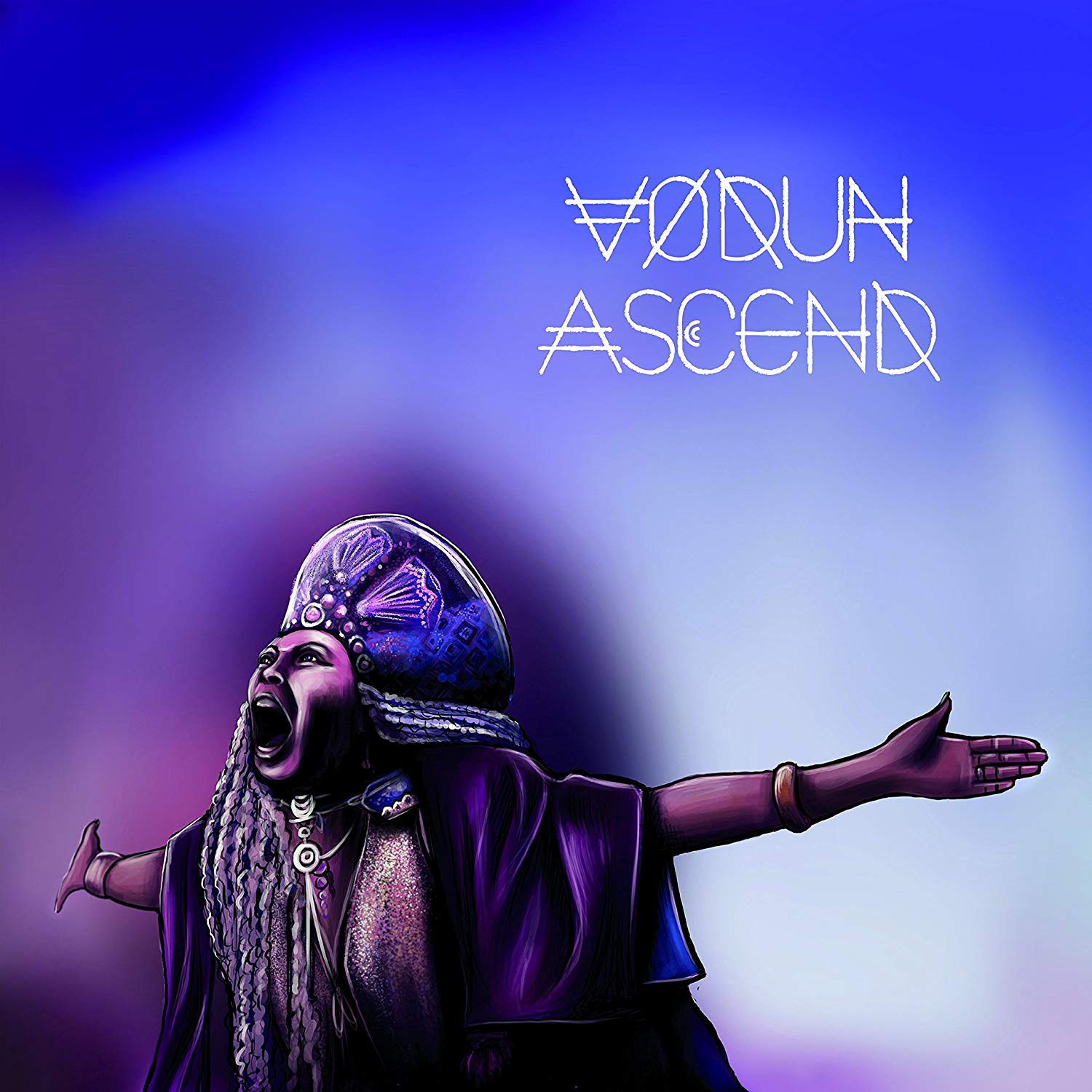 ASCEND is the second album by insurrectionary heavy rock trio Vodun, comes in. Ten slabs of ground-flattening, groove-inflected rock power, driven by the afro -inspired dervish drums of Zel Kaute (interpreting the spirits of Ogoun), the roaring, fierce chromium guitars of Linz Hamilton (The Marassa), and fronted by the fire-breathing howl of frontwoman Chantal Brown (Oya), delivering you the truth of generations with a drive and focus that can't be matched.

ASCEND builds upon the foundations laid down by the London-based group's 2016 debut, Possession. The music of ASCEND is more sophisticated than on Possession, the canvas broader, the details more vivid and varied. Their palette now embraces a healthy does of extra percussion, saxophone, and vocal arrangements that pair Chantal's behemoth holler with harmonies, chants and howls, a full-spectrum of sound that suits their polymorphous attack.

The band also incorporated another lead voice on the song »New Doom«, which was kindly provided by Chris Georgidias from the band Turbowolf. ASCEND is, unabashedly, revolution music, its ten tracks a hurricane of mystic heaviness, spiritual soul and furious positivity, its colossal riffage & rhythms allied to inspirational lyrics and powerful melodies to deliver food for the soul and fire to inflame uprisings. At heart, it's an album of musical celebration, and heavy playfulness – lyrically of resistance, and of solidarity.