The Pop Genius Of Mickie Most

The Pop Genius Of Mickie Most
CD
CD (Compact Disc) 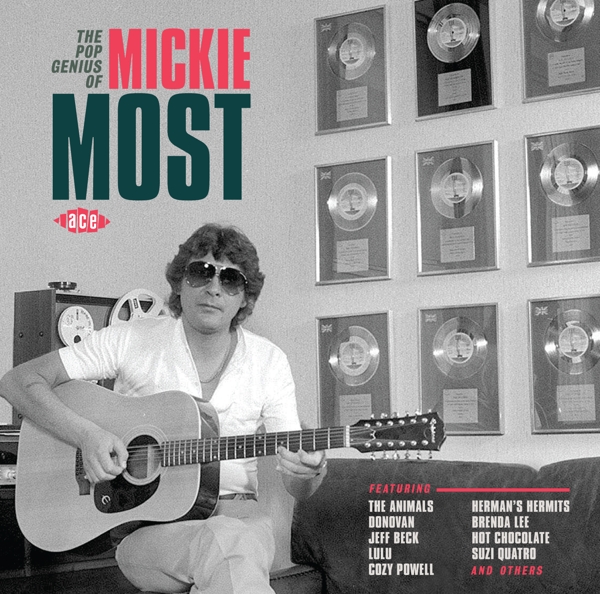 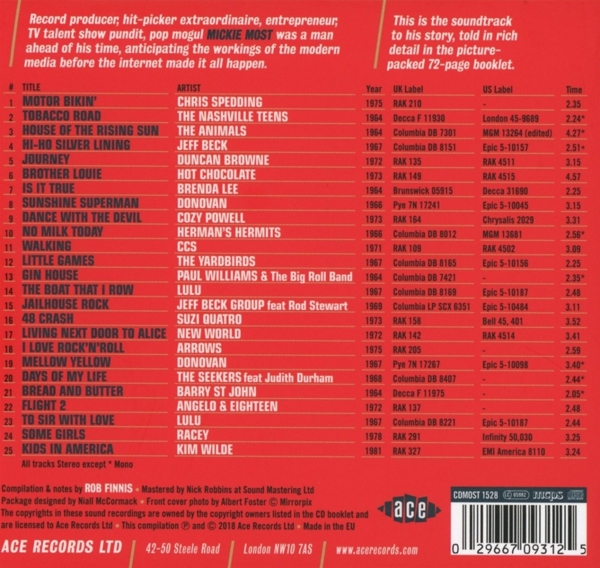 Bewertung:
lieferbar innerhalb 1-2 Wochen
(soweit verfügbar beim Lieferanten)
EUR 18,99*
Versandkosten
*** Jewelcase + 75-seitiges englischsprachiges Booklet im Hardcoverschuber
• Making hits seemed all too easy for legendary producer Mickie Most who attributed his success to his extraordinary ability to spot a hit tune, combined with unbridled common sense.
• Most never got his motives confused with art; a hit by any means (with as little time spent in the studio pondering the meaning of life) was his objective and he proved remarkably astute at second-guessing the musical tastes of the common man or woman.
• In the 1970s, Most became a household name as one of the judging panel on New Faces, a TV talent show which anticipated the X Factor by some three decades – in fact, Simon Cowell cites the fair-minded if plainspeaking Most as a man he greatly admired.
• Most returned to the UK from South Africa in 1962 in time to take advantage of the fast-changing British music scene. Sensing his career as a superannuated rock’n’roller was at an end, he became an independent producer, supervising consecutive smash hits by newcomers the Animals, the Nashville Teens and Herman’s Hermits, all within the space of a few months in 1964.
• American record companies sat up and took notice and, with his career in the ascendancy, Most extended his run of hits on both sides of the Atlantic with artists such as Donovan, Brenda Lee, Lulu and Jeff Beck. He turned down the chance to produce the Monkees, Elvis and Barbra Streisand because it clashed with his scheduling.
• In late 1970, Most launched the RAK label which quickly made its mark with hits by Julie Felix, Peter Noone and CCS, followed a little later by Mud, Hot Chocolate, Suzi Quatro and Smokey.
• Here then is a hand-picked representation of the man’s best or most significant work. Incidentally, both ‘I Love Rock’n’Roll’ and ‘Living Next Door To Alice’ are the original flop versions of songs that went onto become huge hits for Joan Jett and Smokey, respectively.
• The CD comes in a deluxe package with rigid slipcase and a separate memorabilia-laden 72-page booklet with in-depth notes by Rob Finnis.