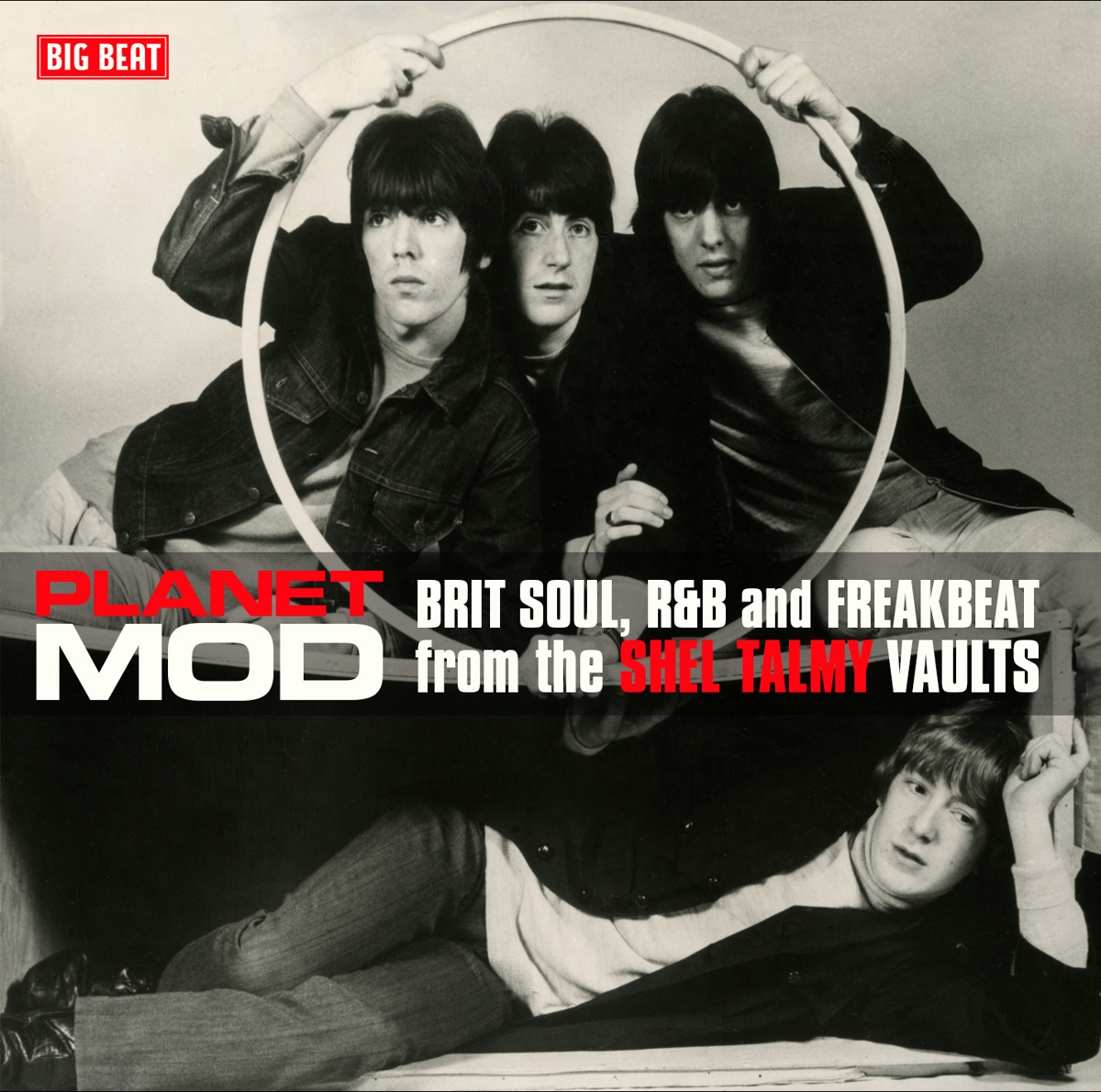 • If only for his stewardship of the Who, Kinks and Creation, American Shel Talmy is revered as the producer responsible for distilling the cathartic, kinetic sound of mod rock to disc. Yet within his mid-60s production catalogue lie many other fabulous examples of a genre that wields considerable influence to this day, while remaining very much a way of life for those already converted.

• »Planet Mod« assembles two dozen examples of Talmy’s work in the field, all drawn from a fresh excavation of his rarely tapped, thoroughly ear-opening tape vault. Many, such as the Thoughts, Wild Uncertainty and Tribe were recorded for his short-lived Planet label, while the Trackers and Pros & Cons and others were independent productions Talmy farmed out to major labels.

• The playlist balances black US acts John Lee Hooker, Ray Gates and Screaming Jay Hawkins with the homegrown club R&B of the Soul Brothers, Groundhogs and mod heroes the Untamed. There’s rare early compositions from Bowie (Kenny Miller’s ‘Take My Tip’) and Bill Wyman (the Preachers’ ›Goodbye Girl‹), while the beans are spilled on mysterious outfits the Total and the Corduroys.

• Complete with copious notes and illustrations drawn from the Talmy files, »Planet Mod« is a fitting tribute to the American who injected some much-needed muscle into British rock in its glory days.

• Compilation and note by Alec Palao.