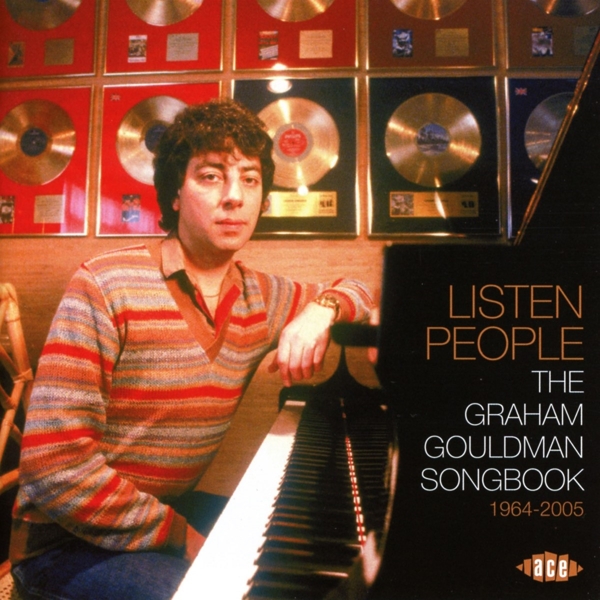 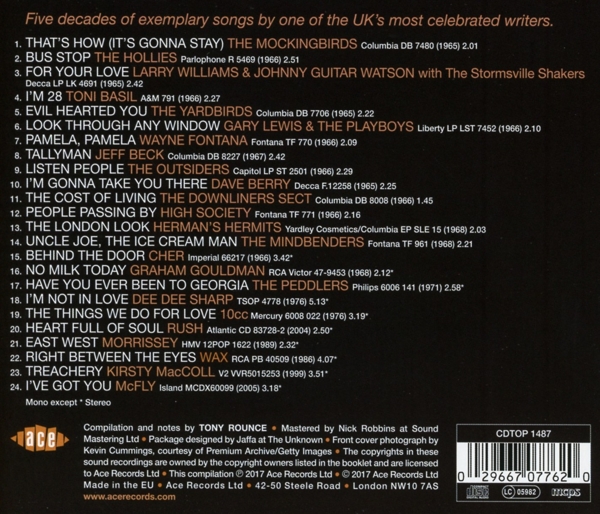 • Ace’s Songwriter Series continues to pay tribute to the most eminent tunesmiths of the 20th Century. This month we bring you our salute to one of the UK’s highest profile singer-songwriters, with more than 50 years of hits under his belt – Graham Gouldman.

• »Listen People« offers an overview of almost half a century of great British songwriting, from Graham’s early 60s songs for his own first group the Mockingbirds, to his 21st century collaborations with Kirsty MacColl and McFly.

• Just about all of Graham’s best-known songs are included, many of them performed by singers and groups with whom he has long been associated such as the Hollies, Herman’s Hermits, the Yardbirds and both Wayne Fontana and the Mindbenders. As is the norm with our Songwriter Series, all-time hits and unfairly obscure classics sit comfortably together for your listening pleasure.

• Also included are great selections from several groups of which Graham has been a member including Wax – his 80s collaboration with Andrew Gold – the obscure High Society and, naturally, 10cc.

• Graham’s songs have been interpreted by artists as diverse as Larry Williams & Johnny Watson, Rush, Cher and Morrissey – all of whom are also featured.