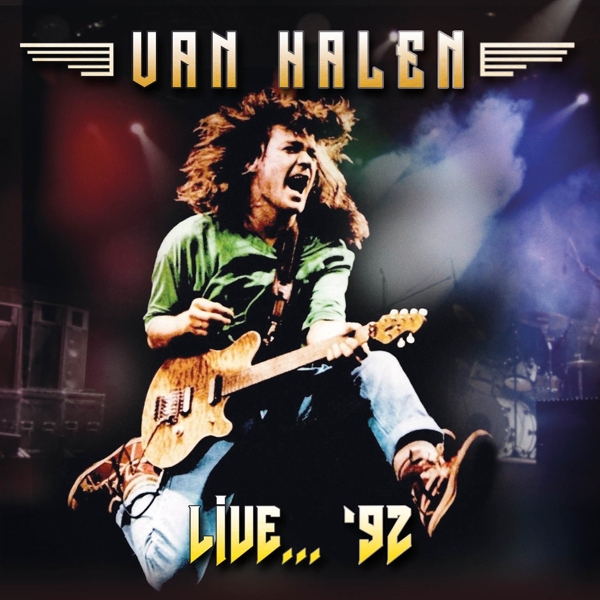 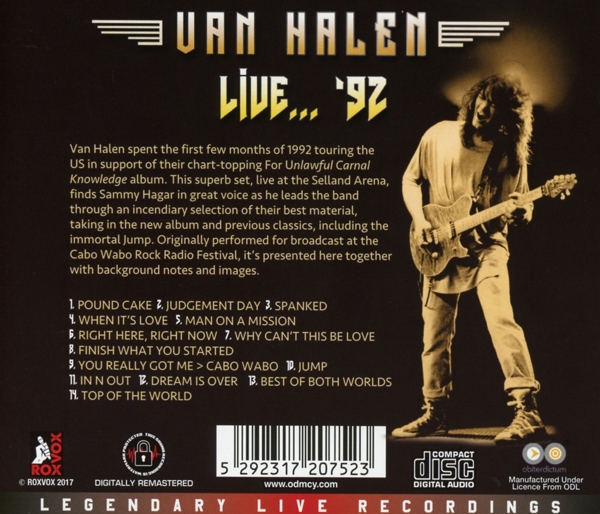 Van Halen spent the first few months of 1992 touring the US in support of their chart-topping For Unlawful Carnal Knowledge album. This superb set, live at the Selland Arena, finds Sammy Hagar in great voice as he leads the band through an incendiary selection of their best material, taking in the new album and previous classics, including the immortal Jump. Originally performed for broadcast at the Cabo Wabo Rock Radio Festival, it’s presented here together with background notes and images.