Ustad Saami: Pakistan Is For The Peaceful 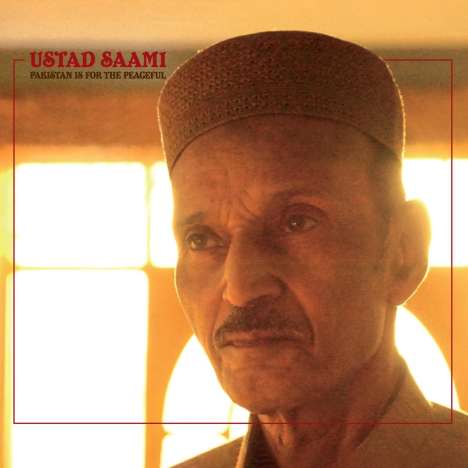 Weitere Ausgaben von Pakistan Is For The Peaceful

"Backed by tanpura, harmonium and tablas, Saami sings with multiple accompanying voices, rising in front of them with electrifying force and terrifying beauty. Precious, melancholy valedictions for a 1000 years of sound." -

The Wire Following his critically acclaimed debut, God Is Not a Terrorist (2019), 49-note scale microtonal vocal master Ustad Saami returns with an epic part two. Pakistan Is for the Peaceful presents an even more immersive work, comprised of just three extended tracks and again produced 100% live at the master's rooftop home in Karachi by Grammy-winner Ian Brennan (Tinariwen, Zomba Prison Project, The Good Ones), with musical accompaniment provided by Ustad's four sons. Ustad Saami is the last living surti master, a precursor of the ancient Islamic devotional music of qawwali.

Despite being under constant threat from Islamic fundamentalists, the master has spent his life as a dedicated practitioner of a vanishing art - one that has been passed on from generation to generation since the 13th century. For an artist that had never before appeared onstage outside of Pakistan, Ustad Saami began his international touring career auspiciously. In 2019 he made appearances at WOMAD (UK and Australia) and the Le Guess Who? Festival in Utrecht, Netherlands. Saami has already been booked for the 2021 Roskilde Festival in Denmark Pakistan Is for the Peaceful is the seventh release from Glitterbeat's acclaimed Hidden Musics series, a series of field recording albums that explore lesser known sonic traditions from around the world.