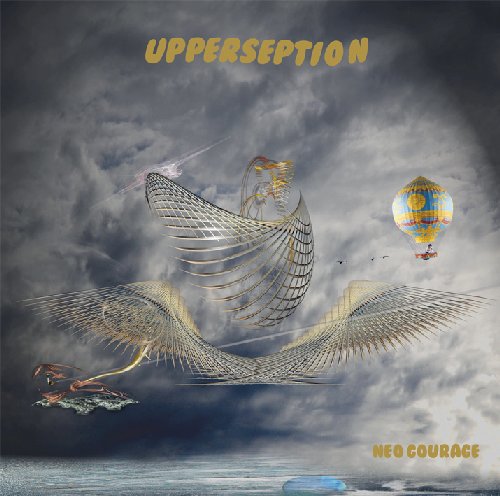 Upperseption - the name being a partly nonsensical coinage - were founded in Altenhundem, situated in the Sauerland in North Rhine-Westpalia, in 1970. They played progressive rock music, influenced by The Nice. The band didn't release anything back then. Only a few tapes survived, the initial ones recorded in their domestic garage and with a modest sound quality, and later ones from the studio.

The Upperseption LP ›Cornicula‹, with recordings from 1970 and a sound which needs getting used to, was released in 2013. The CD ›Neo Gourage‹ contains some more as yet unreleased tracks. The first one, ›Rondo (69)‹, is a musical revelation, but not for sound purists. The other pieces are recordings of an excellent sound quality from various recording studios; the last - also excellent - recording is from a live performance. The 32-page booklet contains all important details on the subject. An LP edition is not scheduled.