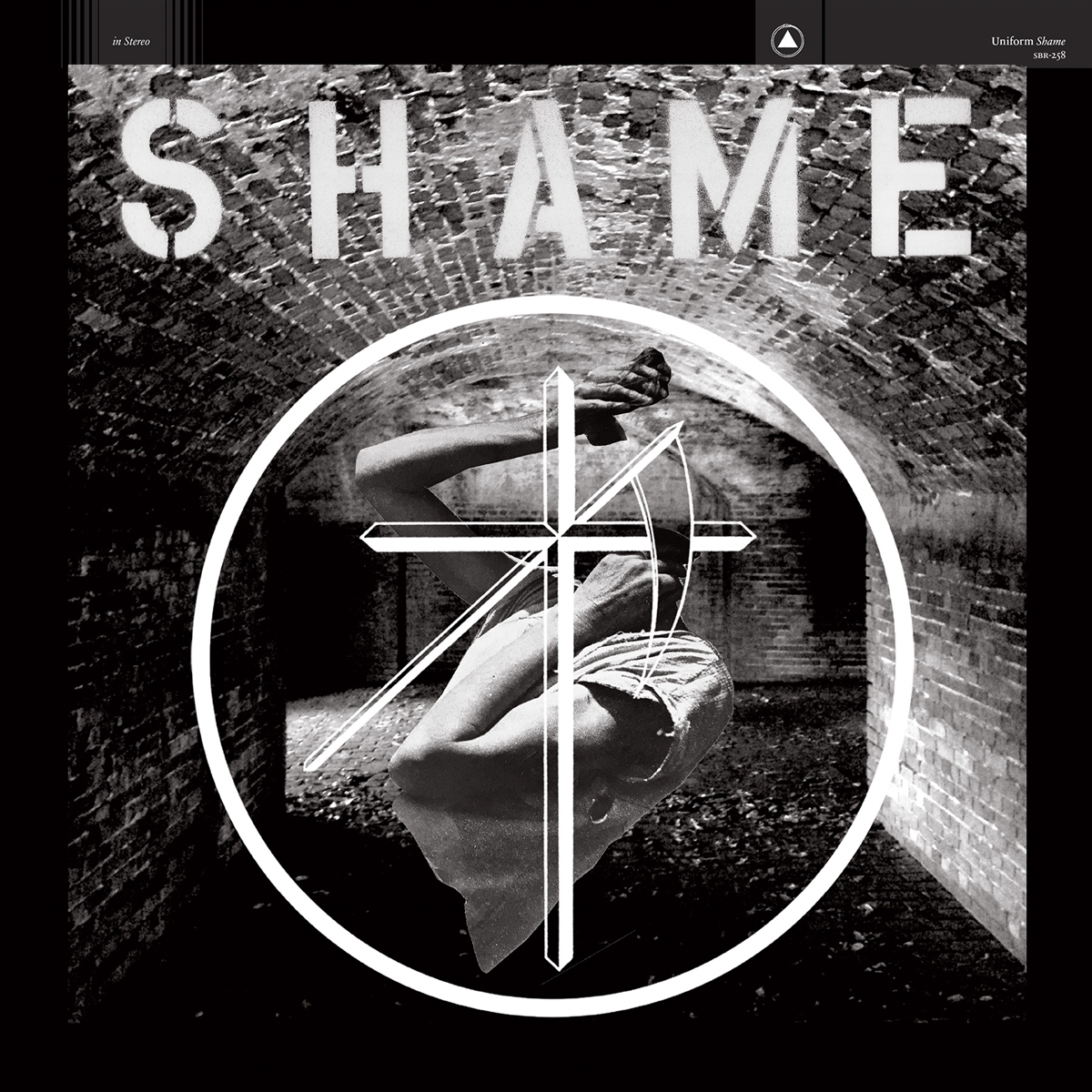 What if the antihero in your favorite film or book had no chance to repent, reconcile, or redeem himself? There's no victim to rescue. There's no evil to thwart. There's no tyranny to turnover. Instead of saving the day against his better judgment, he just walks a Sisyphean circle of existential malaise doomed to repeat yesterday's vices without the promise of a better tomorrow. Rather than tell this story on the screen or on the page, Uniform tell it on their fourth full-length album, Shame.

The trio - Michael Berdan (vocals), Ben Greenberg (guitar, production), and Mike Sharp (drums) - strain struggle through an industrialized mill of grating guitars, warped electronics, war-torn percussion, and demonically catchy vocalizations. Born in 2013, Uniform bulldozed a path to the forefront of underground music. Following Perfect World (2015) and Wake in Fright (2017), the group's third offering, The Long Walk (2018), represented a critical high watermark. In addition to touring with the likes of Deafheaven and Boris, they joined forces with The Body for a pair of collaborative albums Mental Wounds Not Healing (2018) and Everything That Dies Someday Comes Back (2019) - as well as the live release, Live at the End of the World (2020).

This record marks the debut of Mike Sharp on drums, adding a natural fire to the engine. His presence grinds down their metallic industrial edge with a live percussive maelstrom. Once again, Greenberg assumed production duties behind the board at Strange Weather. Building on the approach from their last LP, the band perfected the powerful hybrid of digital and analog, electronic and acoustic, synthetic and actual that has become their hallmark. In another first, Mixing duties were not handled by Greenberg, but rather handed off to the inimitable Randall Dunn at his studio Circular Ruin.