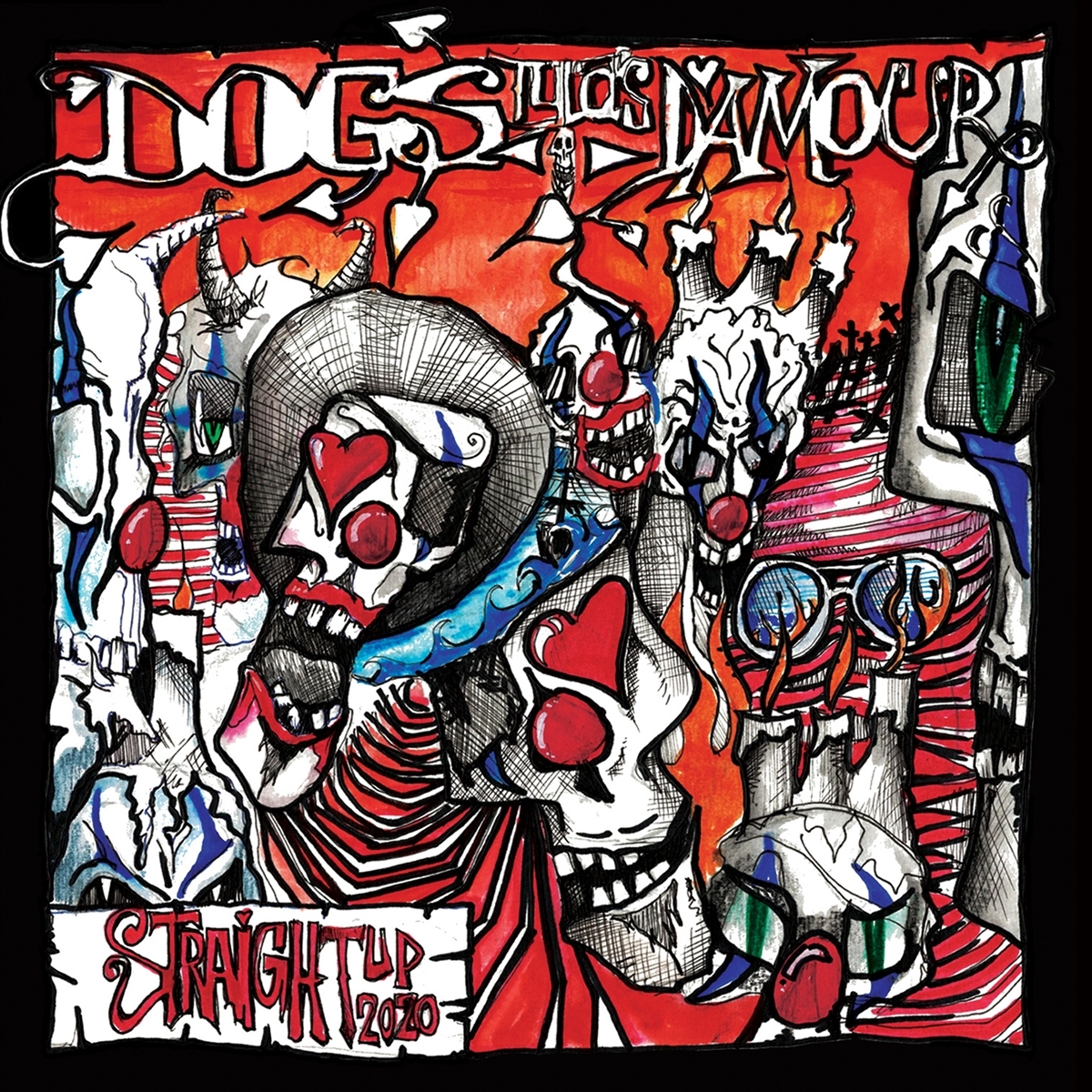 When the final mixes of 'Straight Up 2020', a re-working of The Dogs D'Amour 'Straight' album, were sent for mastering the file-transfer system automatically put the songs into alphabetical order. On hearing this fortuitous new running order Tyla felt it was nothing short of inspiring and had breathed new life into the album. This change to the natural order of music may be too much for some long-term Dogs' fans or music purists in general whose enjoyment of an album lies in the reassurance, familiarity and anticipation of knowing what note will follow as each song reaches its climax before leading into the next. And given how much angst, time and thought can go into getting the perfect track order for an album, it was a brave decision to consider changing this simply by chance. But this was a gamble well worth taking. The change in running order has changed the album from one you'd listen to in order to go back in time, to an album you'd listen to for now.

The original 'Straight' was The Dogs D'Amour's fifth studio album & was originally released in 1990. As good a song as 'Cardboard Town' was as the original opener with its "For what you are about to receive" spoken intro, the re-recorded version of 'Back on the Juice' is, to me, a much stronger album opener as it is here on the 2020 update. It presents an in-your-face statement of intent and has more of a Stones swagger than the original - a recurring theme throughout with Tyla's increased Keith Richards' influenced open tunings.

Due to the re-ordering the original opener follows next back to back with 'Chiva' plucked from its established place towards the end of the original. 'Empty World' 2020-style is transformed into a very different, but yet familiar, full band electric version which would have worked as an 'In Vino Veritas' original before leading into 'Evil' and a broodier and bluesier 'Flying Solo'. 'Gypsy Blood' starts off a fantastic 3 song run completed by 'Heroine' and 'Kiss My Heart Goodbye' bringing together songs which feel and as sound as they should have always been played together. Drawing to a close 'Lie in This Land' leads into 'Victims of Success' and a stunning version of 'You Can't Burn The Devil'. Could there be a better named closing song to a rock album?

Comparing the two albums there is much that is familiar and much that is new, rewarding repeated listening with added enjoyment and appreciation. Much has changed since the original was recorded. The Dogs as we knew them split up. Tyla has kept going on his musical journey through life and in recent years has established a group of really talented musicians who deserve much credit in their own right. The core band of Tyla, Gary, Matty and Si are supplemented by the fifth sometime member, Scott Mulvey on piano, providing some very tasty keys on 'Back on the Juice' and 'Cardboard Town'.

Edinburgh-based producer and mixer, Jamie Turnbull, has also done an outstanding job here. His quality production differs from but more than equals the original. The drum sound is massive and for the audiophiles out there the warmth, depth and separation in the sound has to be heard to be fully appreciated. What has been achieved here is not easy - to take an album that many know, love and remember in their younger days and to update it in a way that is faithful to the original, but builds on it and enriches it so that this is more of an album for grown-ups and which has much to offer both new and old fans alike.

Tyla has to be one of the most under-recognised songwriters in rock music and the fact that these songs originally written and recorded 30 years ago sound so fresh and current in 2021 is testament to his ability. As an album this deserves to be tried and listened to by rock fans of all ages and genres. You might just discover a new love _ even if it is in alphabetical order.