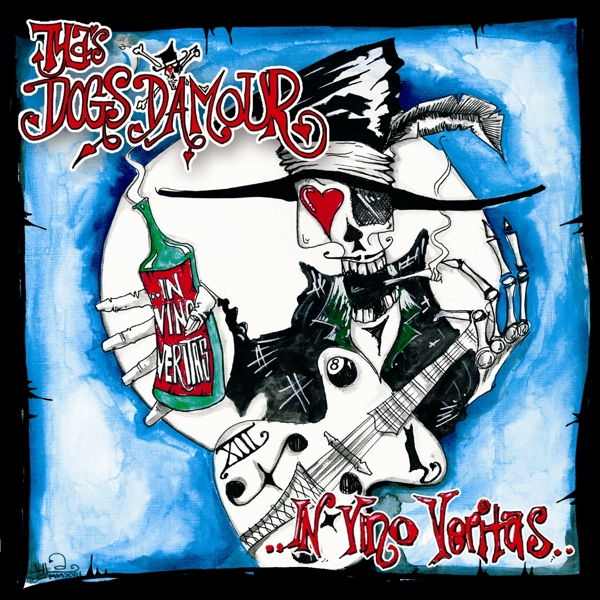 The debut studio album from Tyla's Dogs D'Amour is a blistering, guitar-driven rock album containing 12 incendiary, new, 111% proof R&R songs. In 2016, a box-set re-release of the early Dogs albums reignited interest not only in the band & their songs but in their main man-singer, songwriter, guitarist and front- man Tyla. Despite a lifetime in the fast-lane & mishaps aplenty, he is still alive and kicking. Still incendiary. Still stirring up conflict with his art, music, live performances and writing. He's a renowned 21st century poet and modern-day troubadour. A travelling man whose home is where his he(art) is.

Tyla has put together an incendiary new band. New songs, new attitude, new power & new urgency. The time is now! Why wait for tomorrow? The band have also recorded a 10-song covers album »In Musica Veritas« only available with the limited-edition double CD version of »In Vino Veritas«. »In Musica Veritas« is a special collection of songs that mean something to Tyla - an homage to his musical heroes and influences over the years.