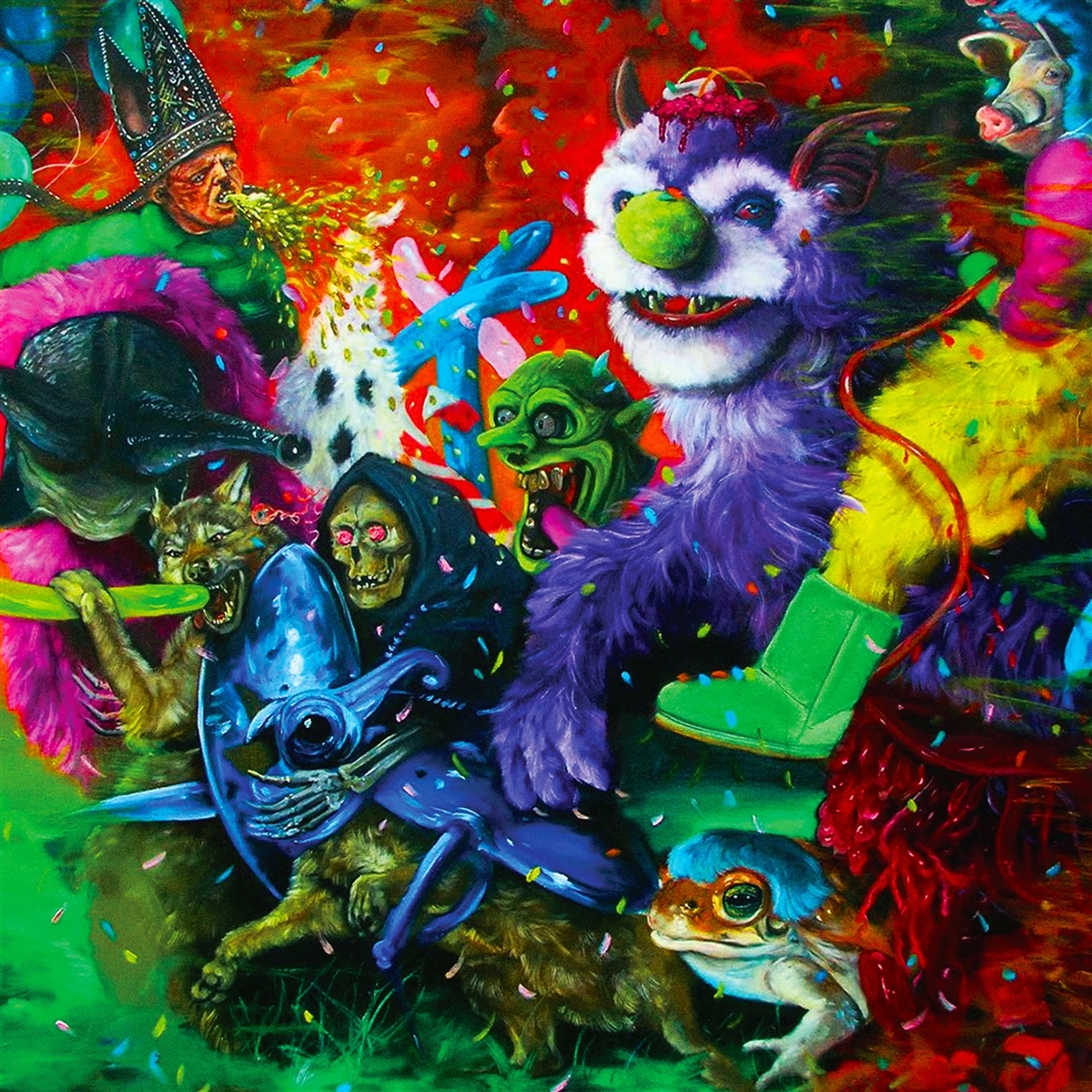 The phantasmagorical debut album by Tropical Fuck Storm, A Laughing Death in Meatspace, delivers a fraught vision of algorhythmic apocalypse. Featuring Gareth Liddiard and Fiona Kitchin from Australian heroes The Drones, Tropical Fuck Storm is an endofdays consciousnessstream across nine seething tracks. The debut divebombs into the realms of mortality and immortality, moralizing and amorality? the passing of time, and how little we have left.

Live, Tropical Fuck Storm are a force of nature, conjuring chaos at every blistering performance, with zero shits to give for corporate music hegemony. »Kneel down by the advertising, don't you make a single false move« calls out the female chorus of Fiona Kitschin and Erica Dunn echoing the dismay of our time as we bear witness to the sinister seductions which social media surveillance has entangled us. A Laughing Death in Meatspace doesn't show us the way out of this situation, but it howls along with us as we peer into the maelstrom ahead.