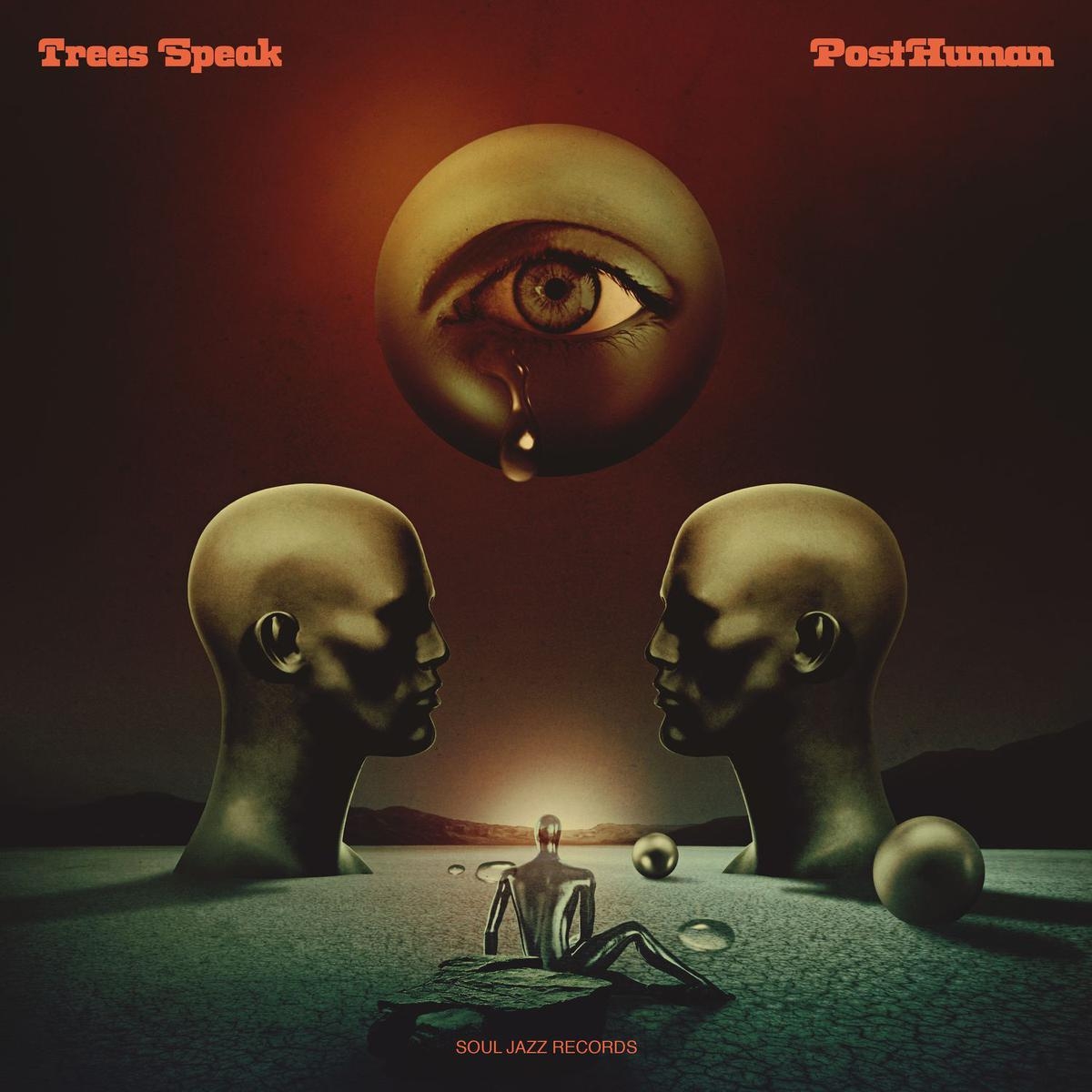 Drawing further upon German krautrock high-concept albums from the likes of Tangerine Dream and Klaus Schulze from the 1970s, Trees Speak create their own powerful new landscapes of sound that manage to be at once contemporary as well as both timeless and with a sense of science-fiction futurism. Trees Speak' segue together all these elements into 'PostHuman', which follows on from their criticallyacclaimed debut LP 'Ohms', and 'Shadow Forms' released on Soul Jazz Records less than six months ago.

This powerful new album is a high-concept collage of retro-futurist science-fiction music, fantastically illustrated by the artist Eric Lee, a dramatic vision of life after humanity. Trees Speak are Daniel Martin Diaz and Damian Diaz from Tucson, Arizona and their music often draws on the cosmic night-time magic of Arizona's natural desert landscapes.

'Trees Speak' relates to the idea of future technologies storing information and data in trees and plants - using them as hard drives - and the idea that Trees communicate collectively. The album includes an exclusive bonus 45 single 'Machine Vision' and 'Seventh Mirror' that will only be available with the first order of the vinyl edition of this amazing and ground-breaking new album. With 'PostHuman', Trees Speak once again manages to take the listener deep into their unique musical world of unknown visions of the past and the future.