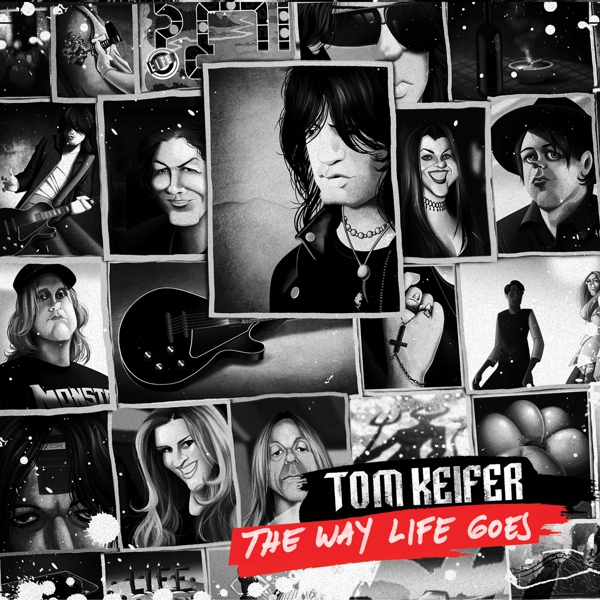 Best known as the singer/songwriter/guitarist of the Philadelphia-based Blues-Rock band Cinderella, Tom Keifer is making his debut as a solo artist with the release of his long-awaited and highly-anticipated solo album, The Way Life Goes, Merovee Records.

The collection of 14 new songs ranges from intimate, organic, acoustic tracks to driving hard rock. It embraces the Blues, Rock and Country roots that have always been present in his unique sound that has generated the sale of over 15 million records worldwide for Cinderella. Rolling Stone praised Keifer as "a gritty, bluesy (rocker) with enough genuine swagger to draw comparisons to Mick Jagger."

The album is a raw, introspective look at the roller coaster ride that has been Keifer's life for the past 15 years. From being told that he would never sing again as a result of a partially paralyzed left vocal cord, to the emotional and personal battles that followed, his solo debut is a story of perseverance, a testament to the power of passion and will, when combined with a true love of music.

Tom Keifer recently spoke with HuffingtonPost.com about The Way Life Goes. "The idea for a solo record started in the nineties when the band parted ways and we left Universal," he said. "There was just a changing of the guard in the industry at that time and I started thinking about a solo record. I wrote for it for many years and the songs just kept going on the pile and I never got around to actually making a record...We started cutting tracks for this record in 2003 and I went to the pile of songs that had been building up and picked some that I liked and I've just been working on it ever since. It was produced independently of a label, because the idea from the beginning was to just work and record until I was happy with it. I wrote with a lot of different people--my wife, Savannah, who's a great writer, co-wrote a lot of the songs on the record and also co-produced the record with me, and a good friend of ours, Chuck Turner who's a great engineer and producer. So from the beginning, the attitude was, 'Let's have fun and just make a great record and it'll be done when it's done.' Little did we know it'd be nine years later…it's done and we went through some crazy stuff and mixed and remixed and reworked things over and over and probably made a lot of mistakes along the way, but finally got it where we were all happy with it, so here it is."