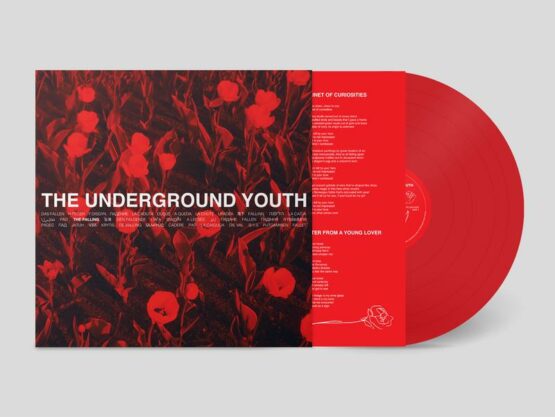 The Underground Youth is a Manchester-born, Berlin-based group led by Craig Dyer that releases their tenth album, »The Falling«, via Fuzz Club Records. The new full-length sees Craig and band trade their acerbic post-punk melancholy for a more refined and stripped-back sound that, instead, enters the world of romantic, shadowy folk-noir. A marked departure from the primal intensity often heard on the band’s previous work, »The Falling« showcases a softer, more cinematic musical landscape shaped by acoustic guitars, piano, accordion and a heavy presence of violin and string arrangements. It’s not just the instrumentation and atmospherics that have undergone a transformation on this record, it is also Craig’s most sincere and introspective work to date.