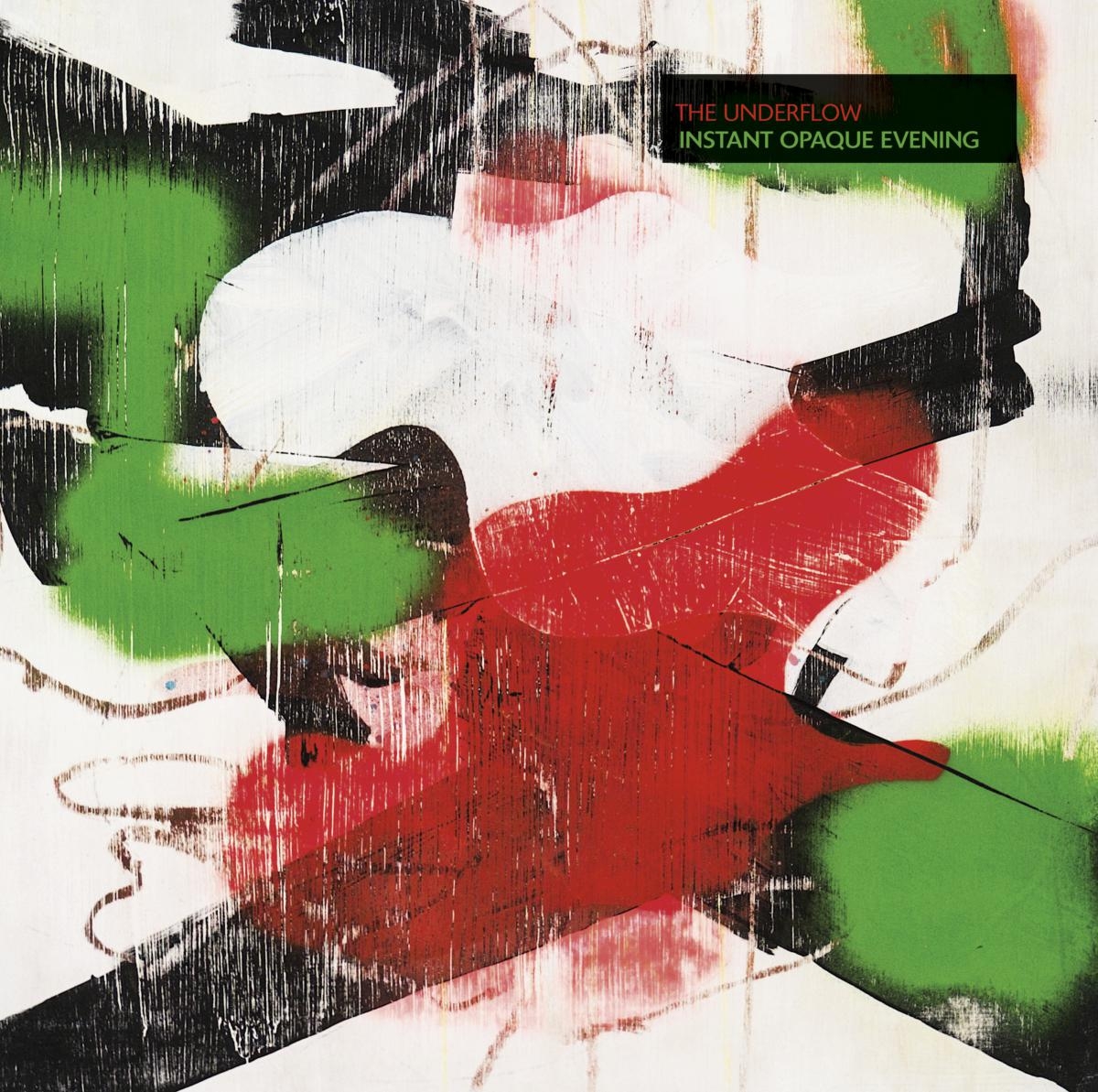 Instant Opaque Evening is an epic offering from The Underflow, the new trio of Mats Gustafsson, David Grubbs, and Rob Mazurek. It makes vast strides on the heels of their self-titled 2019 debut with nearly 90 minutes of intensely focused live performances from January 2020 shows in France, Belgium, Italy, and Poland. That tour was a revelation for all three members, experienced as they are, with this still-new group's freedom to walk onstage each night determined to surprise one another, moving from long instrumental improvisations into and out of songs, and covering a terrific amount of ground at each of these concerts.

Instant Opaque Evening conveys this broad sweep, from the full-tilt electronics of "Self-Portrait as Interference Pattern" and the climax of the seventeen-minute "Instant Opaque Evening" to the inspired, alternate universe chamber music of "Planks" and "A Thin Eternity" and the group's spontaneous arrangements of three previously recorded songs by Grubbs, "Gethsemani Night," "An Optimist Declines," and "Cooler Side of the Pillow." The short version of the long tale of intersecting paths bringing together these three musicians begins in Chicago in the 1990s, with all three active participants in numerous convergences among jazz, free improvisation, experimental rock, and more.

Both Gustafsson and Mazurek appear as guests on Gastr del Sol albums (Upgrade & Afterlife and Camoufleur respectively; that's Rob's cornet taking "The Seasons Reverse" to new heights), and shortly thereafter Grubbs and Gustafsson recorded two duo albums, including the deep minimalism of Apertura, a talismanic favorite of both musicians. David Grubbs has played in Gastr del Sol, the Red Krayola, and Squirrel Bait and performed with Tony Conrad, Susan Howe, Pauline Oliveros, Will Oldham, and many others. He's the author of the books The Voice in the Headphones, Now that the audience is assembled, and Records Ruin the Landscape. Saxophone player, improviser, and composer Mats Gustafsson is known as a solo artist and for international tours and projects with, among many others, Sonic Youth, Merzbow, Jim O'Rourke, Barry Guy, Otomo Yoshihide, Yoshimi, Peter Brötzmann, Neneh Cherry, Christian Marclay, Albert Oehlen, Ken Vandermark and the working groups FIRE!, THE END, LUFT, ANGUISH, and Gush as well as collaborations with contemporary dance, theatre, art, poetry, and projects with noise. Rob Mazurek is a multidisciplinary artist with a focus on electro-acoustic composition, improvisation, performance, painting, sculpture, video, film, and installation, who spent much of his creative life in Chicago, and then Brazil. He currently lives and works in Marfa, Texas. He leads / co-leads many ensembles of various sizes and shapes including his flagship large ensemble Exploding Star Orchestra, Chicago Underground, and Sao Paulo Underground. He has collaborated with Bill Dixon, Pharoah Sanders, Roscoe Mitchell, Jeff Parker, Nicole Mitchell, Chad Taylor, Jim O'Rourke, Naná Vasconcelos, and many others.